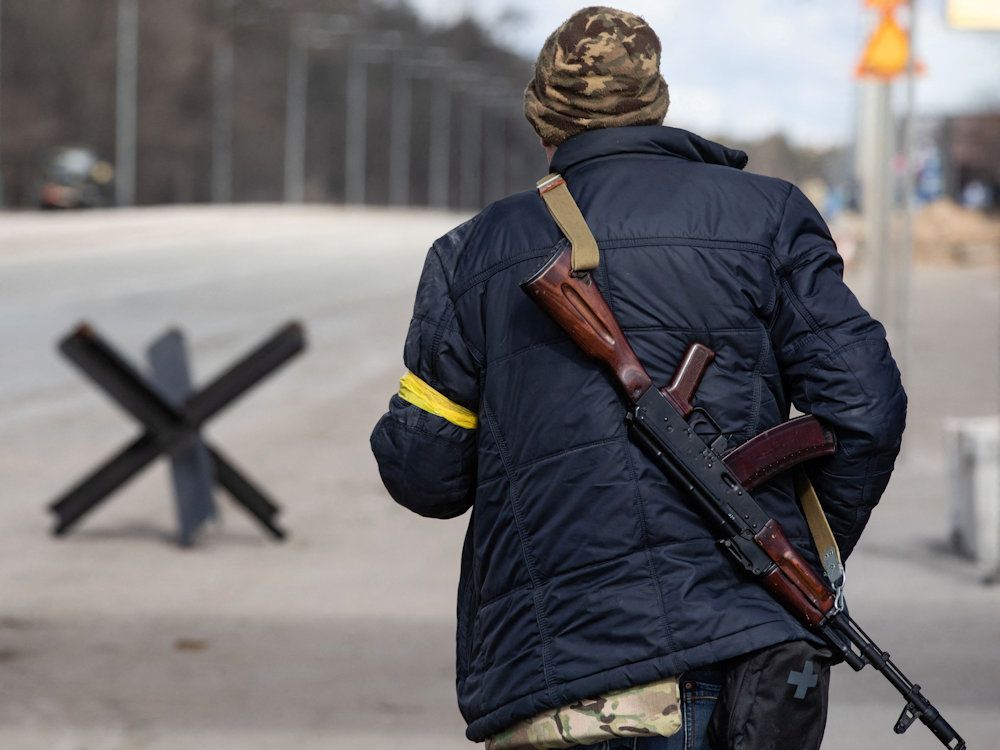 Over the weekend, one of the most visible Canadian reactions to the Russian invasion of Ukraine was that provincially run liquor stores across the country began pulling Russian-origin products from their shelves. As B.C. Premier John Horgan wrote in a statement announcing the withdrawal of Russian products from B.C. Liquor Stores, “we stand with those who want to live in peace.”

There’s just a few problems with the gesture …

And most importantly, vodka is a microscopic component of a Russian economy that actually runs largely on oil and gas – commodities that have remained conspicuously untouched even as the world assails Moscow with punitive sanctions. It’s why, on Saturday, the Ukrainian foreign minister explicitly called for an international embargo on Russian oil.

We insist on a full embargo for Russian oil and gas. Buying them now means paying for the murder of Ukrainian men, women and children. I welcome the first decisive steps by a number of European states in this regard and urge others to proceed resolutely and without delay.

Russian oil continues to flow even into Canada. Despite sitting on our own ocean of oil, last year saw Canada spend roughly $1 million per day on Russian oil imports – and there have been no official moves made towards turning away Russian-flagged ships at our oil ports.

Writing in the National Post, former Liberal candidate Adam Pankratz wrote that Canadian oil and gas should have been used to alleviate the stranglehold that Moscow currently holds on Western Europe by virtue of supplying much of its energy. “Any Canadian up in arms about (Ukraine)  and wondering what we could do need only look to what we could have done: build pipelines and get our oil and gas to market,” he wrote. “Energy East or other gas pipelines could be sending tankers of LNG to Europe non-stop to ease the dependence on Russian gas.”

The areas of the country with the highest concentrations of Ukrainian-Canadians also happen to be the ones with the most oil, so it’s perhaps not surprising that Western Canada’s (mostly Conservative) politicians have been calling for a ramping up of Canada’s “oil weapon” to counter the Russians (and make a lot more money at the same time).

Canada could become one of the first, if not the first country, to implement a ban on Russian oil.

As of Sunday morning, Ukrainian forces have proved far more resilient than Russia appears to have suspected. While Russian forces have pushed into Ukraine from several directions, they have not captured any major population centres and – at least according to the Ukrainian military – Russian losses have been heavy. It’s perhaps notable that Russian state T.V. is downplaying the scope of the invasion.

In terms of the international response, the past 48 hours have seen two major shifts in Ukraine’s favour:

Canada has largely followed European moves on Russian sanctions, but there are two main measures in which we are increasingly becoming an outlier:

Alberta, rather surprisingly, has just tabled a balanced budget. Of course, it helped that oil prices have soared absolutely through the roof.

While former Quebec Premier Jean Charest hasn’t announced a bid for the Conservative leadership, he has started randomly weighing in on world affairs via op-ed. Here’s what he wrote for the National Post regarding Ukraine.