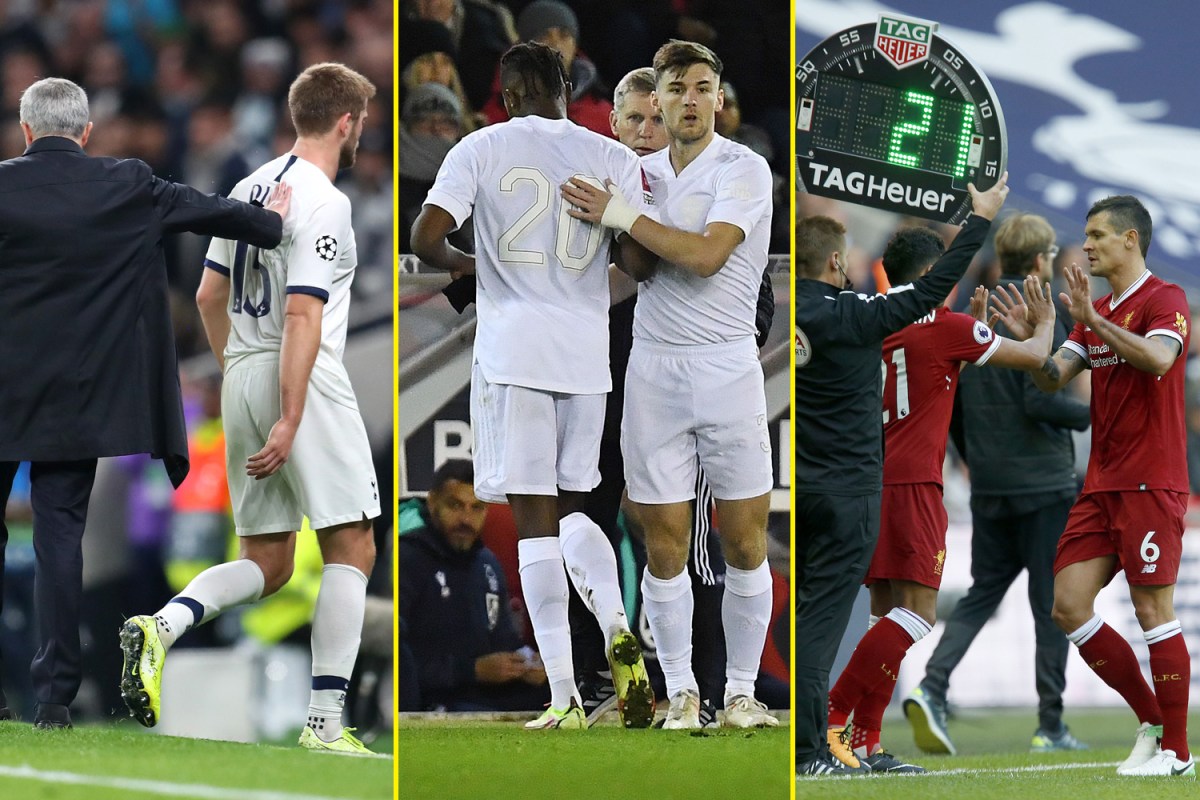 The Gunners defender was understandably not too happy with being taken off in the FA Cup third round clash before they went on to lose 1-0.

Jamie O’Hara understood exactly how he felt and recalled a hilarious story of a similar experience he had while on loan with Millwall.

And a host of other players have had the same experience of being prematurely substituted – talkSPORT.com takes a look at some of the biggest examples…

Jurgen Klopp admitted he didn’t speak to the divisive Croatian after he hooked him during the 4-1 defeat by Tottenham in October 2017.

Spurs raced into a two-goal lead within the first 12 minutes at Wembley with Lovren then replaced with Alex Oxlade-Chamberlain after half an hour.

Klopp told The Mirror: “The Tottenham game I was angry. It wasn’t like I was saying, “Boys, never mind it can happen, forget about it”. Not even one per cent of that. I was really angry.

“I took Dejan off after 25 minutes and I didn’t speak to him afterwards.

“But then a few days later I saw him waiting for my talk, so I said, come in. “You took me off after 20 minutes”. Because you were bad.

“But I said to him – maybe this was the decisive moment when he got it – I think he’s a world class centre half, 100 per cent.”

Jose Mourinho is no stranger to subbing one of his players early, with the Special One engaging in the practice at both Chelsea and Manchester United.

The now-Roma boss has axed the likes of Joe Cole, Nemanja Matic and Eric Bailly but it was his treatment of Dier that even led to him public apologising.

Mourinho had only been in charge of Tottenham for six days when he made his presence felt in his second game in charge against Olympiacos.

Dier, who had been a former Mourinho transfer target, lasted just 29 minutes of the Champions League clash in 2019 with Spurs 2-0 down.

Tottenham went on to win 4-2 and Mourinho said after: “The first thing I want to say is to do publicly what I did in the dressing room [after the game] and that is to apologise to Eric Dier.

“It was not because Eric played badly, it was for the team and to find a solution… It was a hard decision for me but I did it for the team.

“Eric understands but it is never easy. To make it completely clear, it is about the team, not individuals. I feel sorry for that but the important thing is the team.”

Paolo Di Canio remains iconic for his status as a maverick of the Premier League and the Italian certainly made headlines as Swindon Town manager.

The West Ham legend was involved in an almighty row with his then 21-year-old goalkeeper Foderingham during a 4-1 defeat to Preston in 2012.

Di Canio hooked his No.1 on 21 minutes after his error led to Akpo Sodje’s opener and Foderingham reacted by furiously.

The former Crystal Palace star exchanged heated words with Di Canio before kicking a water bottle and storming off to sit in the stands.

“It wasn’t only the mistake, which can happen to everyone. It was the arrogance later on when he started moaning to the others. That was the worst thing for me.”

The former Israeli defender won two titles and three domestic cups in his homeland, but that doesn’t erase his ill-fated stint at Vitesse Arnhem.

Megrelashvili’s tenure at the Dutch side is marked by being subbed early TWICE by manager Aad de Mos.

He lasted just six minutes against FC Twente in March 2008 and was given only 15 minutes when Vitesse played AZ two weeks later.

De Mos even added insult to injury by claiming the second change came ‘too late’ in the game and Megrelashvili returned to Israel the following year.

The 21-year-old is enjoying his football again back at Juventus but the forward technically still remains on the books at Everton.

But Kean’s career on Merseyside was doomed to fail when he lasted just 19 second-half minutes as a substitute against Manchester United.

Everton interim boss Duncan Ferguson said: “He struggled to get up to the speed of the game,.

“That’s when I said I’m going to put on a guy who can handle it a bit better.

“I think it’s understandable if you’re a sub and getting subbed off. I can see why he’s upset. But it’s for the good of the team. I’ll speak to him next time I see him, I’ll mention it.

“I’ve been there as a player myself, I’ve been subbed on and subbed off myself. He’ll be fine. He’ll come again, he’s only 19.”