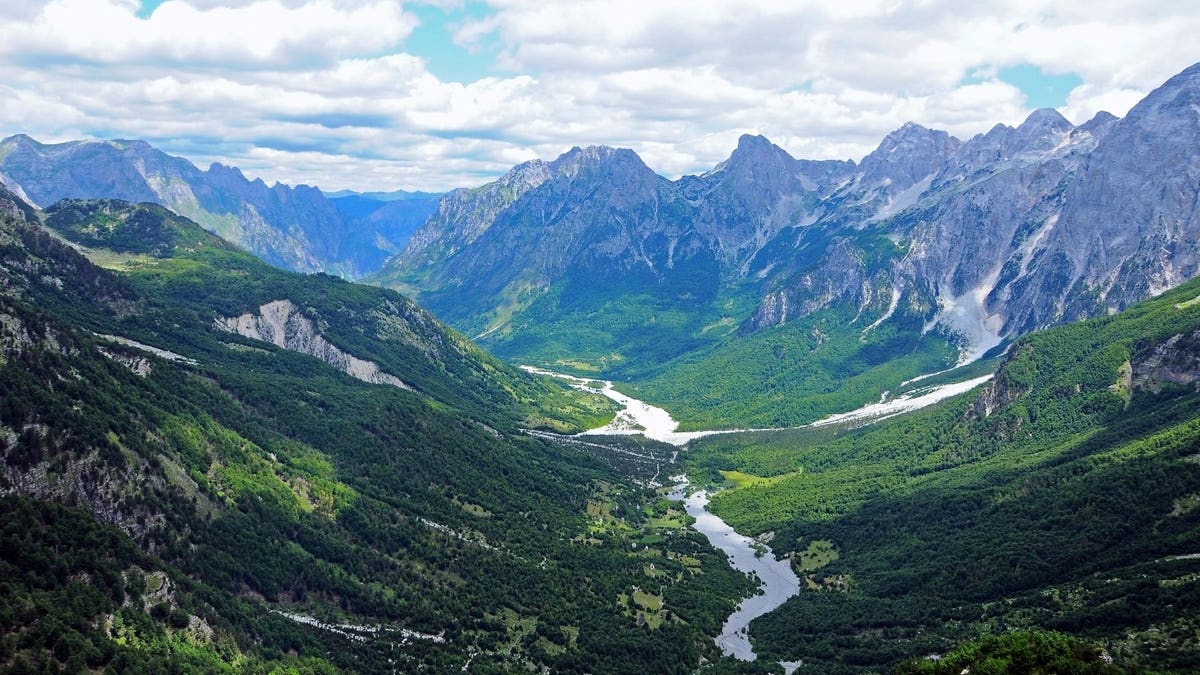 When it comes to tourism, the Balkan countries tend to be overshadowed by some of Europe’s larger western nations, but that doesn’t mean there isn’t a world of spectacular beauty to be found all across the peninsula. Verdant valleys, towering mountains, and a diverse array of native Balkan species are just a few of the highlights that await visitors to this historic region. As you plan your next trip to Europe, don’t miss out on all of the abundant natural beauty that the Balkan peninsula has to offer.

On the western fringes of Bosnia, Una National Park offers a few of the most gorgeous waterfalls found throughout the Balkan Peninsula. Some of the preserve’s most iconic flumes can be found in the tiny village of Martin Brod, while the Štrbački buk serves as the park’s largest waterfall, measuring in at 82 feet tall. Una National Park may be best known for its water features, but the region is also home to some fascinating man made structures as well. In the tiny village of Ostrovica, visitors can take a stroll up to the Ostrovica Castle, a crumbling 15th-century fortress that offers gorgeous views of the surrounding countryside.

Roughly four hours southwest of Belgrade, an oasis of pristine natural beauty exists in the form of Tara National Park. The eastern outskirts of the park are home to some fascinating historic relics like the 11th-century Rača Monastery, but for those in search of wildlife, there’s a world of opportunity within the heart of the park. The area is covered in massive amounts of pristine pine, fir, and spruce forest, with a wealth of iconic Balkan species all thriving within its borders. Lynx, wolves, and falcons are just a few of the creatures that might be spotted by lucky visitors, and when it comes to Serbian brown bears, there’s no better place for a sighting than Tara National Park.

The southwestern reaches of Bulgaria are home to some truly spectacular mountains, and there’s no better place to experience them firsthand than Pirin National Park. There are roughly 150 square miles of land to explore around here, with vast swathes of old growth pine forest that serve as home to over 200 different animal species including brown bears, gray wolves, and golden eagles. Trees are a common sight around Pirin National Park, but one specimen in particular is an absolute must-see for first-time visitors. Known as Baikushev’s pine, this Bosnian pine is roughly 1,300 years old, making it the oldest coniferous tree alive today in Bulgaria.

Modern-day Kerkini Lake is a paradise for visiting birders, but this idyllic body of water is actually a relatively recent invention, created back in 1932 by the damming of a nearby river. Over time, Kerkini Lake has developed into one of the most coveted birdwatching spots in all of Greek Macedonia, with over 300 different avian species recorded along its waters over the years. Birds—including white pelicans and flamingos—are the main attraction around here, but lucky visitors may be able to spot a herd of introduced water buffalo as well.

While the towering peaks seen above wouldn’t look out of place in Switzerland or Austria, this range is actually part of the Accursed Mountains, a formation that’s also referred to as the Albanian Alps. There’s no shortage of idyllic villages to explore across Valbona Valley ranging from Dragobi to Valbona, but this iconic park is home to a lot more than just humans. The rich biodiversity of the western Balkan peninsula is on full display around here, with brown bears, chamois, and lynx all calling the park home.