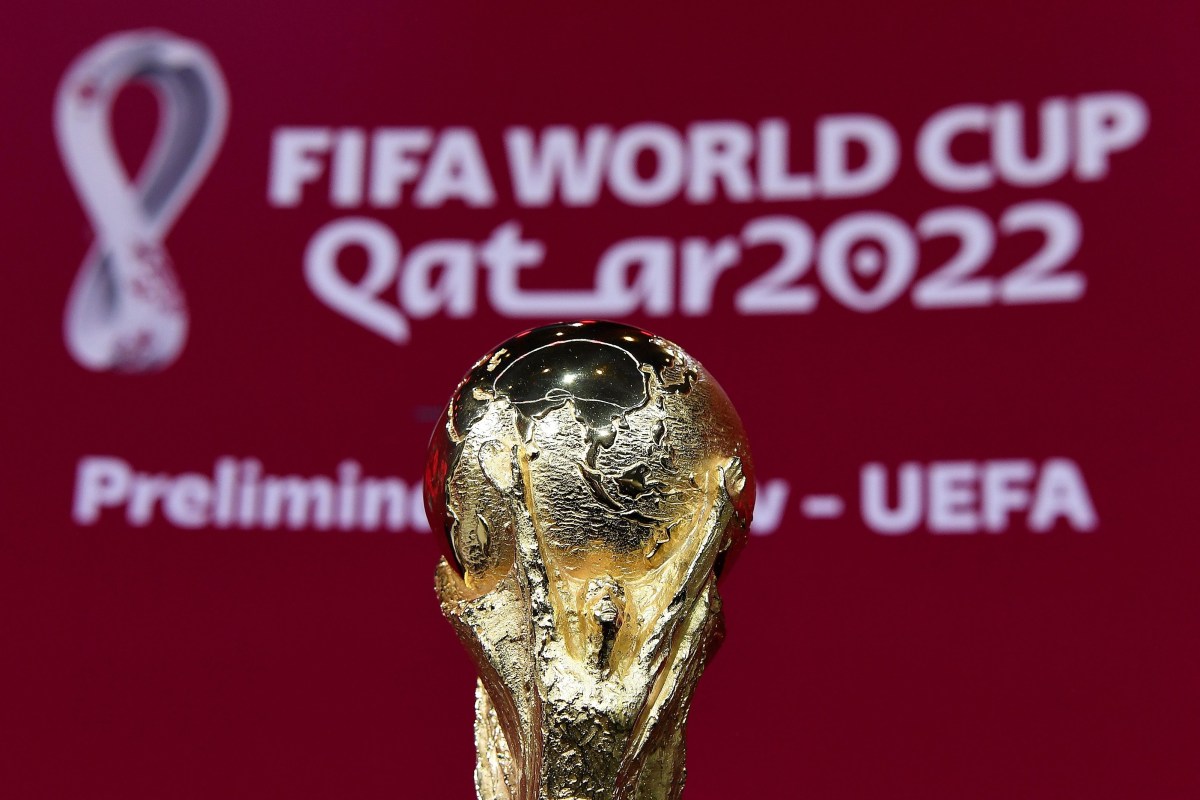 The 2022 Qatar World Cup is coming up later this year as the best nations in the world target a spot in the showpiece event.

With the 2020 European Championship having to be put back a year, the football calendar is more condensed than ever before.

And while the Euros took centre-stage last summer, fans won’t have long to wait for the next major tournament to be upon us.

The 2022 World Cup will not take place this summer but rather at the end of the year.

It was rescheduled due to the hot weather in the host country of Qatar in the summer months.

The 2022/23 Premier League season will have to break over the winter to allow the tournament to go ahead and plans are in place to give players a week’s rest either side of the World Cup.

With the World Cup draw nearly upon us, here’s everything we know so far about the tournament proper…

World Cup qualifying will conclude this month while a number of nations have already secured their spot at the competition.

The draw for the group stages of the World Cup is then due to take place on Friday, April 1.

The tournament will kick off on Monday, November 21 with holders Qatar playing in the first match at the 60,000 capacity Al Bayt Stadium in Al Khor.

The group stage will run until Friday, December 2 with the first of the knockout games starting the following day on Saturday, December 3.

The final will then be held at the 80,000-seater Lusail Iconic Stadium on Sunday, December 18.

World Cup 2022: How the tournament works

There will be 32 countries competing in the World Cup including holders Qatar who will be making their debut in the showpiece tournament.

Unlike at Euro 2020, the group stage will only see the top two teams progress from the eight groups.

The group winners and runners-up will enter the Round of 16 and the tournament will progress through the knockout stage before a champion is crowned in the final.

There will be a third-place play-off match which will be held at the Khalifa International Stadium in Al Rayyan on Saturday, December 17.

The time in Qatar is three hours ahead of British summer time.

Kick-off times in the final round of group games and knock-out round matches will be at 6pm and 10pm local time (3pm and 7pm UK time).

The final is scheduled to kick off at 6pm local time (3pm UK time).

The weather has been a hot topic ever since the World Cup was awarded to the Gulf nation of Qatar.

In November, the average temperature in Qatar is between 22C and 30C while in December is it between 17C and 25C.

In the summer months between May and August, the average temperature is around 37C.

The tournament will be held in Qatar with the majority of games being held in the capital city of Doha.

The four stadia in the Doha area include the Ras Abu Aboud Stadium, the Al Thumama Stadium, the Education City Stadium and the Khalifa International Stadium.

Four more venues will be used at the tournament with the Lusail Iconic Stadium in Lusail and the Al Bayt Stadium in Al Khor being the largest.

The grounds will not be far apart from one another with the longest distance being around 65km from the Al Bayt Stadium to the Al Janoub Stadium.

While the full list of 32 participants won’t be confirmed until March, a number of nations have already secured their spot in Qatar.

A host of top nations have missed out on the tournament, most prominently Euro 2020 champions Italy.

Meanwhile, Chile and Colombia are struggling to make it as are the likes of Costa Rica and Australia.

Some big names in Africa will miss out with Senegal, Cameroon and Ghana at risk.

England will discover their group stage fate in the draw on Friday, April 1.

The new Premier League season will get underway on August 6 and will hold its final day of May 28, 2023.

The Premier League will break after the weekend of November 12/13 before resuming fixtures again on Boxing Day.

Players will have a week of preparations with their national teams before heading out to the tournament in the Middle East.

They will then have only eight days to recover in time for the league’s resumption should they reach the final on December 18.

There is set to be only six weekends without Premier League games.