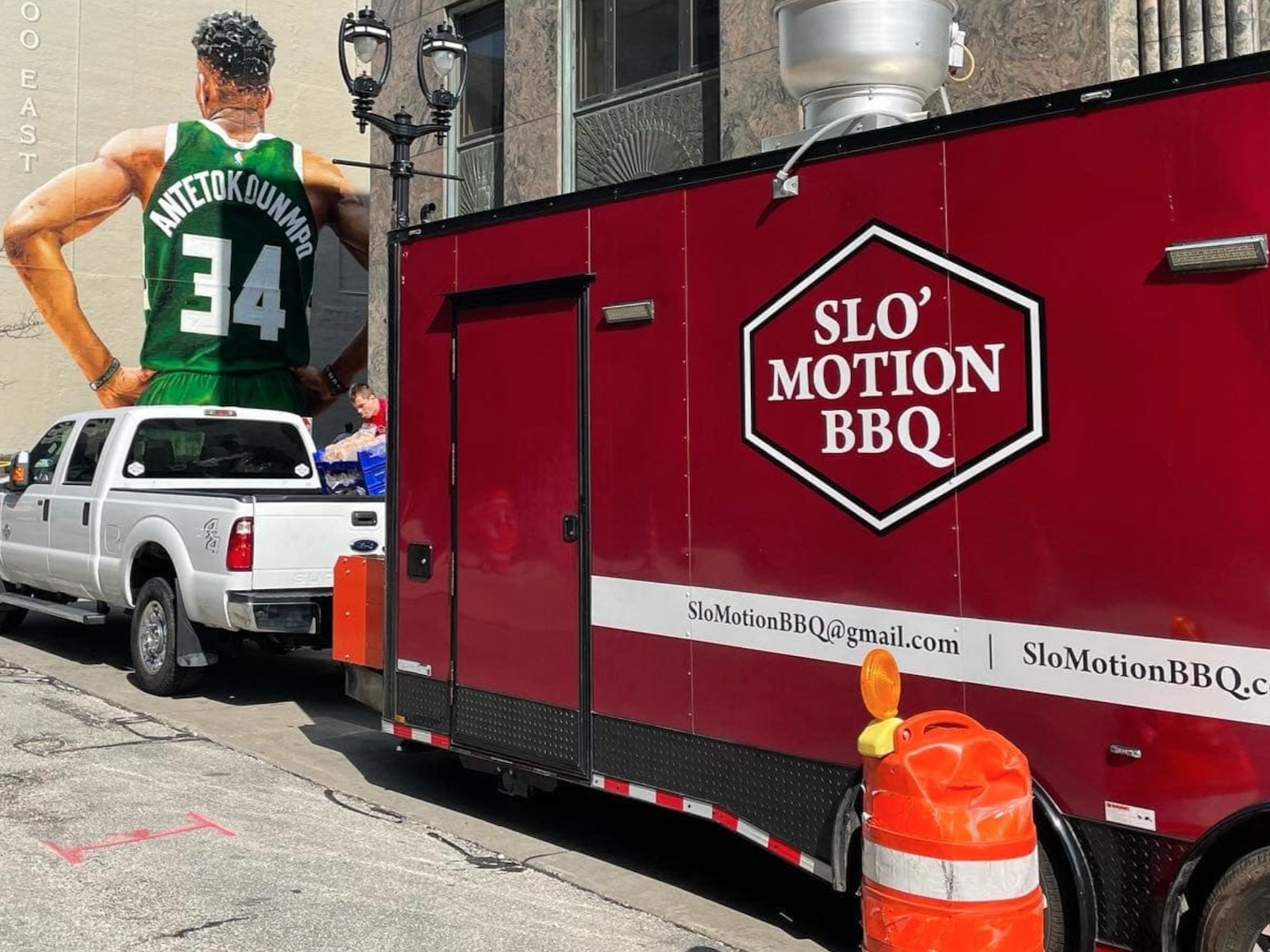 Love food trucks? So do we! So much so that OnMilwaukee partnered with Milwaukee World Festival, Inc. to bring MKE Food Truck Fest to Henry Maier Festival Park in July. Find out more here. After 21 years working for the Wisconsin Department of Corrections, Adam Gegare says he followed a calling from God, quit his job and decided to take on a new career. He’d always enjoyed cooking, and – after serving barbeque casually at a number of events, including local church festivals – he says he decided to follow his calling to bring his food to a larger audience.

He launched his truck in June of 2020, with a name that both described himself (“I’m not the fastest guy on the planet,” he says) as well as the slow, deliberate process that defines his smoked meats. Gegare says he considers smoking a craft, so all of his meats are smoked on 100% hardwood without the aid of propane or a pellet smoker.

Gegare says he  specializes in corporate catering, and he sets himself apart with unique offerings like his Quetatonater (loaded potato) and  Keto BBQ bowl (sugar-free coleslaw topped with guest’s choice of meats).

But he also takes pride in his creative sauces, which include Crabby Apple (tangy with hints of apple); Cherry Bomb (cherry and chipotle); I-94 (slightly spicy; “like driving 90 miles an hour on I-94 past a Wisconsin State trooper”); and Dairyland Inferno (“It lit the cow’s ass on fire”). In fact, he’s currently in the process of trying to get his sauces into the retail market.

Vegetarian/vegan/gluten-free options: Both his broccoli salad and baked beans are vegetarian and gluten-free; his barbeque sauces are also free of gluten.

Most popular item(s): Smoked brisket and the BBQ Sundae (macaroni and cheese topped with barbeque and sauce)

Where can people find your truck this summer? You can find a complete list of Slo’ Motion BBQ’s public events on their website. You can also find the truck at the MKE Food Truck Fest on July 23.

If you could park your truck anywhere for one day where would it be?  “I love the idea of doing one-time events in the Downtown area of a big city,” Gegare says. “We served on our truck during game 6 of the Bucks’ play-offs this year,  and it was the highlight of my year.”