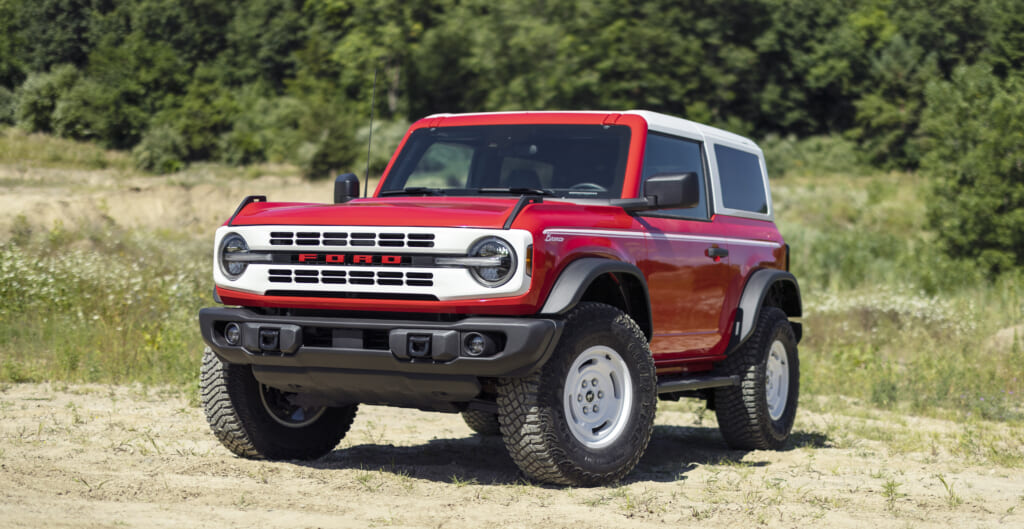 Ford is throwing it all the way back to the year the Bronco was born with retro new editions of the bucking off-roader.

Classically-inspired premium paint jobs that were available in the 4×4’s first decade will be available on both two, four-door Broncos and smaller Bronco Sport models.

The highest-end upgrade is a Heritage Limited Edition, which on the standard Bronco, comes exclusively in Robin’s Egg Blue a throwback to the Arcadian Blue available in the Bronco’s 1966 launch year.

The Bronco Heritage Limited Edition is paired with the top-tier Badlands package, including a 2.7-liter EcoBoost V6 rated for 330 horsepower and 415 pound-feet of torque and mated to a 10-speed automatic.

Inside the Bronco Sport Heritage Limited Edition are plaid cloth seats and Navy Pier accenting throughout, a color inspired by the cloth seats that were available in Bronco in the 1980’s.

There are also more affordable Heritage Editions available on the standard Bronco and Bronco Sport. These are available in a larger variety of colors with smaller engines and slight tweaks to the interior and exterior, but the core 60s vibes remain.