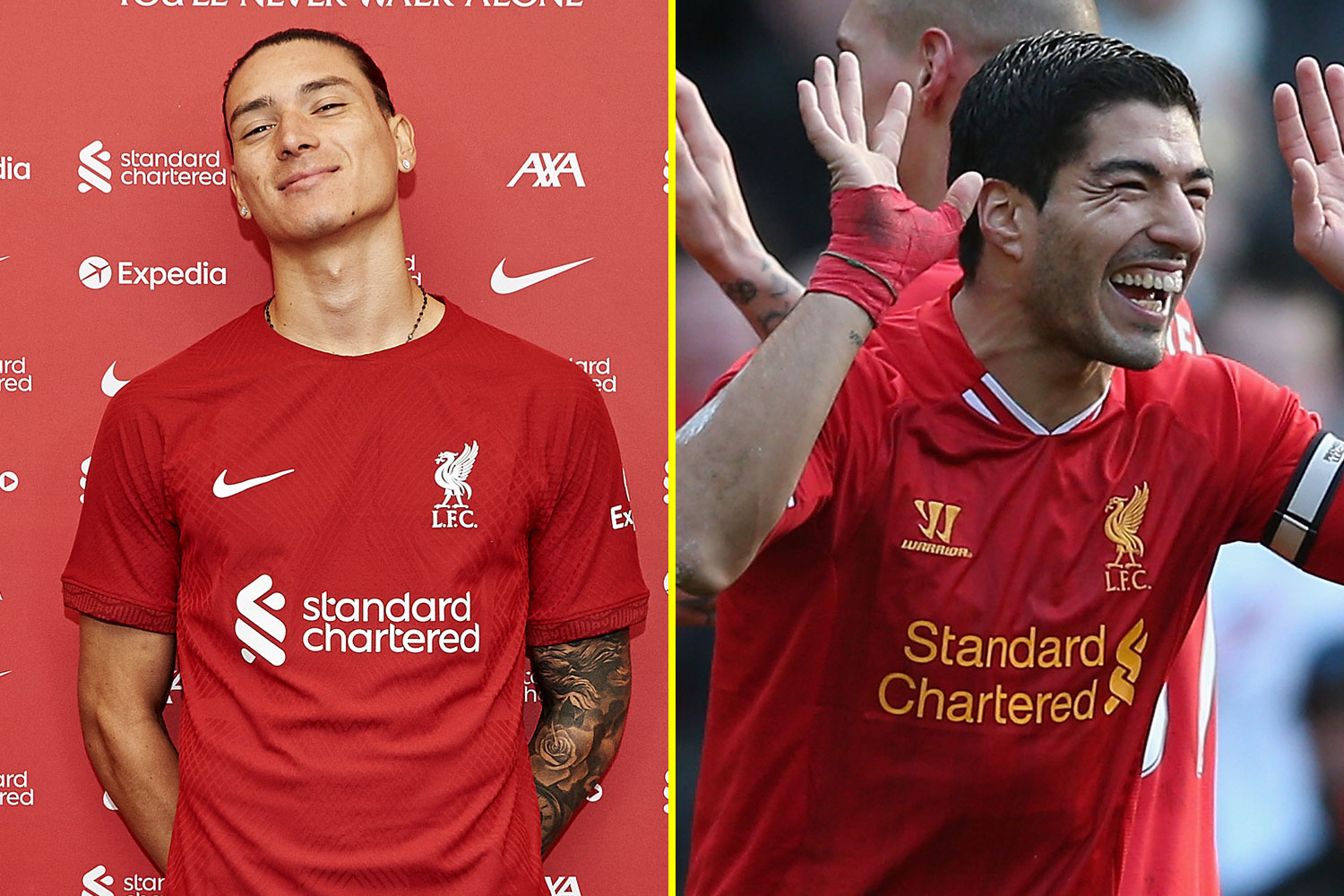 Nunez put pen to paper on a six-year deal at Anfield last week with Liverpool paying Benfica £64million and a potential £21m in add-ons.

Nunez follows in the footsteps of compatriot Suarez, who had a successful three-year spell at Anfield between 2011 and 2014, scoring 82 goals in over 130 appearances.

The Uruguayan enjoyed an impressive breakout season in Europe with Benfica last term and was the Primeira Liga’s top scorer.

Despite the obvious comparisons, Suarez insists Nunez doesn’t need to be compared with anybody and his talent will speak for itself when he launches his Premier League career in August.

“He (Nunez) will write his own story at Liverpool. He is Uruguayan and he is a forward but that is where the comparisons stop – he is a special player and doesn’t need to be compared with anybody,” Suarez told The Mirror.

“It was last season that Europe started to take notice of him because of his performances for Benfica – but from an early age I could see there was something special in him. While he was at Almeria I recommended him to Barcelona but it was something that never happened.”

It has been a incredible rise for the Uruguayan who moved to Europe in 2019, joining Spanish side Almeria.

The following summer, Nunez joined Benfica for a club-record fee of £20.5m.

He scored a total of 47 goals in 84 appearances and chipped in with 16 assists for the Lisbon-based club.

Last season’s performances alerted the likes of Newcastle United and Manchester United but it was Liverpool who moved fast to secure his services after getting a close look at him during April’s Champions League quarter final tie with Benfica.

Nunez scored in both legs of the tie which eventually saw Liverpool overcome the Portuguese outfit 6-4 on aggregate.