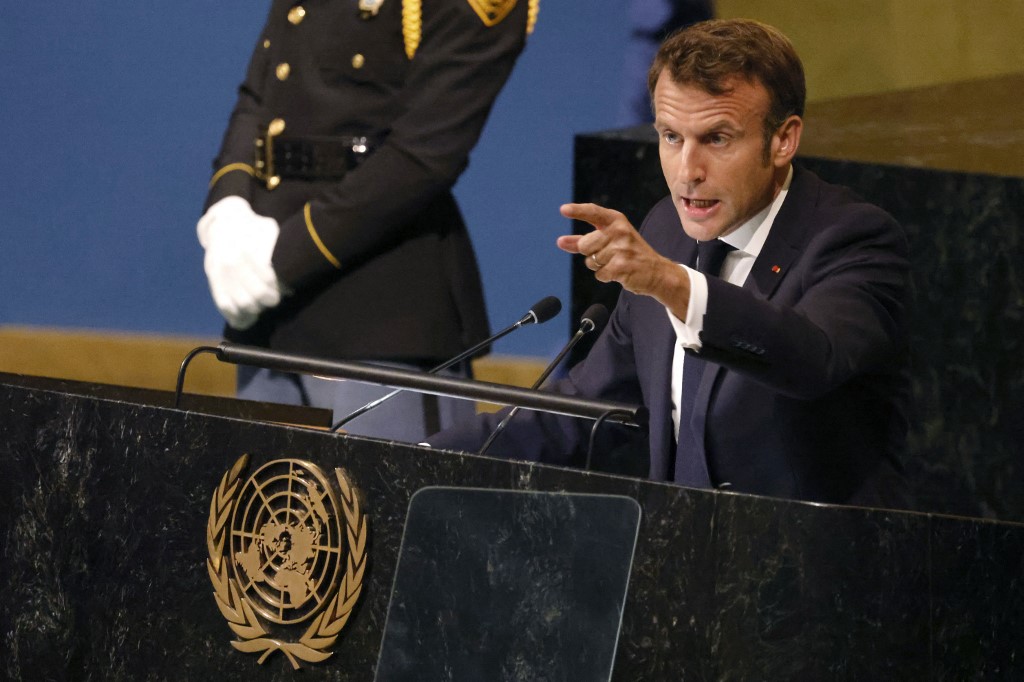 French President Emmanuel Macron on Wednesday urged the world to ramp up pressure on Vladimir
Putin after the Russian leader called up reservists for the war on Ukraine.

The international community must “put maximum pressure” on Putin, whose decisions “will serve to isolate Russia further,” Macron said on the sidelines of the United Nations General Assembly.

Macron’s plea comes a day after delivered a powerful speech to the UN in which he said that Russia’s invasion of
Ukraine harked back to an age of imperialism.

“What we have witnessed since February 24 is a return to the age of imperialism and colonies. France refuses this and will work persistently for peace,” he told the UN General Assembly.

“Who is a hegemon now if not Russia?” he asked.

Macron addressed the General Assembly hours after Russian allies said they would call referendums on annexation in occupied parts of Ukraine, a move denounced by Western powers.

European countries and the United States have imposed sweeping sanctions on Russia but a number of developing nations have sought more of a middle ground and fear that the Ukraine crisis is overshadowing other concerns.

“Those who are silent now on this new imperialism, or are secretly complicit with it, show a new cynicism that is tearing down the global order without which peace is not possible,” Macron said.

In a pre-recorded address to the nation early on Wednesday, Putin announced the mobilisation and vowed to use “all available means” to protect Russian territory, after Moscow-held regions of Ukraine suddenly announced the annexation referendums.