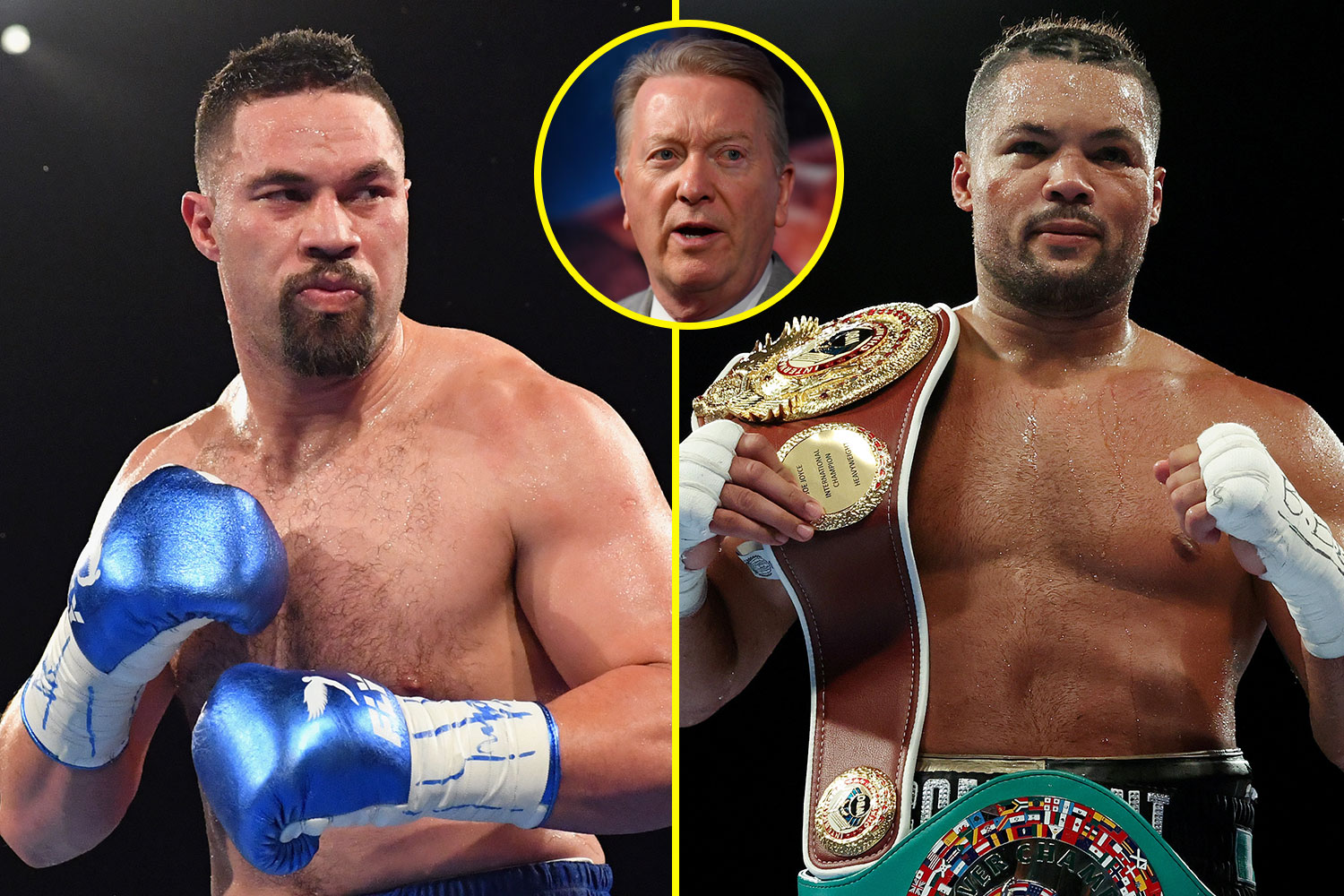 Hall of Fame boxing promoter Frank Warren has confirmed to talkSPORT that a heavyweight fight with title implications between Joe Joyce and Joseph Parker is back on.

The heavyweight duo will clash at the Manchester Arena on Saturday 24 September.

On the night of Tyson Fury’s retirement, as he knocked out Dillian Whyte in front of 94,000 fans at Wembley Stadium, Warren took the opportunity to announce another huge heavyweight clash between Joe Joyce and Joseph Parker.

At that point, the fight had not been finalised but negotiations were moving in the right direction and all parties were confident of coming to an agreement.

Shortly after, however, came the bizarre revelation that Parker had signed a deal with BOXXER, meaning his fights would be shown exclusively on Sky Sports, the rival network to BT Sport where Joyce’s fights are broadcast.

This caused the bout to be called off and relations between the two camps quickly turned sour but despite that, they have managed to rectify the situation and the fight is now official.

“This is a big step up for Joe, but we fancy him, otherwise we wouldn’t have made the fight. It’s a great fight and I think it’s a great fight for the fans,” Warren told White & Jordan on talkSPORT.

“It’s quite common knowledge what happened. We agreed the terms and then Parker went off and signed with Sky, which I was absolutely annoyed with.


Joshua vs Usyk 2 date: UK start time, location, undercard and how to follow

“Having said that, we did get it over the line because they see sense. Where was Parker going? He needed Joe Joyce and we wanted that fight because it was a great fight to make.

“Eventually, both parties sat down, and we got the deal done.”

The Queensbury Promotions head claims the winner of this upcoming fight could be next in line for a crack at Oleksandr Usyk or Anthony Joshua, who will rematch for the WBO, WBA, and IBF heavyweight titles on August 20.

“The winner of this I believe will be mandatory for the fight you were talking about earlier which will be on talkSPORT between Joshua and Uysk. The winner will probably be the first in unless a unification is made with Tyson [Fury].

“In an ideal world, we’d go straight to a unification fight with Tyson, if he decides to do that. If he doesn’t, the winner of the two Joe’s will fight the winner of Joshua’s fight with Usyk.

“Whatever happens, you’ve got a great series of fights. I hope Tyson does carry on fighting. I mean, this is fantastic for boxing, it’s certainly great for the heavyweight [division].

Joyce and Parker came face-to-face for the first time since Wembley when they attended a press conference to officially announce their match-up earlier today.