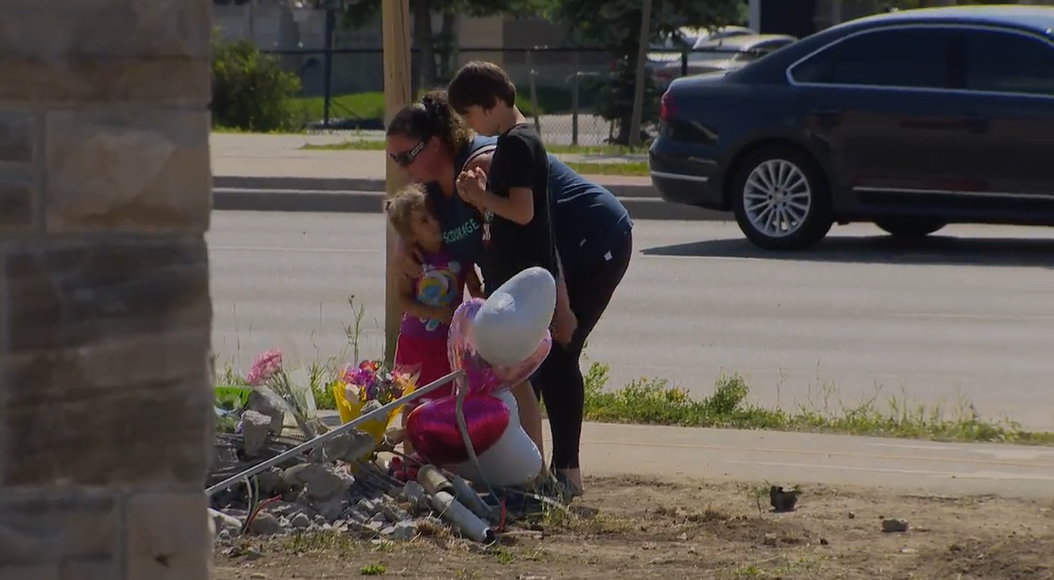 A woman whose sister and three nieces were killed in a car crash in Brampton, Ont., last year said she feels like a “zombie” as she struggles to process the loss of those whose lives were so deeply enmeshed with hers.

In between deep breaths and sobs, Anna Martin told a Brampton courtroom Monday that navigating life without her younger sister Karolina Ciasullo over the last 18 months has been devastating, and even caused her to blackout from stress on one occasion.

“She was the other half of my brain. I could never make a decision without her, even if it was as simple as which colour nail polish do I buy,” Martin said.

“Even though I’m only two years older than her I was always protecting her — but I couldn’t protect her that day. If only I was with her at her last moment, to hold her hand or her head, to hold her in my arms or just stroke her hair.”

One after another, tearful friends and relatives described Monday the lasting grief and trauma caused by the June 18, 2020 collision that killed Ciasullo and her three daughters — six-year-old Klara, three-year-old Lilianna and one-year-old Mila. The four were in an SUV that was struck by another vehicle.

His lawyers have filed a constitutional challenge against the law on cannabis-impaired driving, the outcome of which will affect the verdict on the impairment charges as well as overall sentencing. A decision is expected next year.

During Monday’s hearing, many said they still struggle to walk by the Ciasullo family home or pass by the intersection where the crash took place. Some said they have felt fearful of driving or getting into a car.

All said they were reeling with shock when they heard the grim news following the crash.

Martin said she and her sister used to talk at least 10 times a day and had spoken on the day of the crash to plan a trip to Blue Mountain. When she saw multiple missed calls from Ciasullo’s husband, Martin said she initially thought he wanted directions for the outing.

“When I finally found out the news I couldn’t believe it. I was outside with my husband and kids and started screaming,” she said.

In a written statement read out by Martin, the sisters’ parents said life “stopped making sense” the moment Ciasullo and her daughters died.

“The next following days and really a year was a blur. I’m really not sure how we survived or got by. The tragedy is unbearable, there are no words … our world is over as we know it,” Lilianna and Kazimierz Lugiewicz said.

Ciasullo and her daughters came over nearly every day, and the pair said they continually look at the front doors waiting for the four to walk in. “Every sound or not I think it’s them until I’m kicked back into reality. Our home is not a home anymore without them,” they said.

Agata Bonsu said Ciasullo had been her best friend for 25 years, the last six of which they spent living only a street apart from each other. It was only inevitable that their daughters also grew close, she told the court, describing countless playdates, birthdays and dinners spent together.

Bonsu recalled saying goodbye on the day the four were laid to rest.

“I did (Ciasullo’s) makeup for the last time while she laid cold in the coffin. I put a friendship bracelet on Klara for my daughter so she can wear it for eternity. And I kissed Lili and Mila goodbye. All I wanted was for them to wake up but that wasn’t going to happen,” she said.

On top of her own grief, Bonsu said she feels “overwhelmed with sadness” for her daughters, who struggle to understand what happened to their friends.

“Olivia, the four-year-old, asked me for about six months when Lili was coming back from heaven, and why she didn’t take her phone with her so at least she could FaceTime her,” she said.

Ciasullo was an elementary school teacher with the Dufferin Peel Catholic District School Board, and her sister-in-law previously described her as “the glue that held everything together.”

The deadly crash prompted a public outpouring of grief, and an online fundraiser for the family raised hundreds of thousands of dollars.