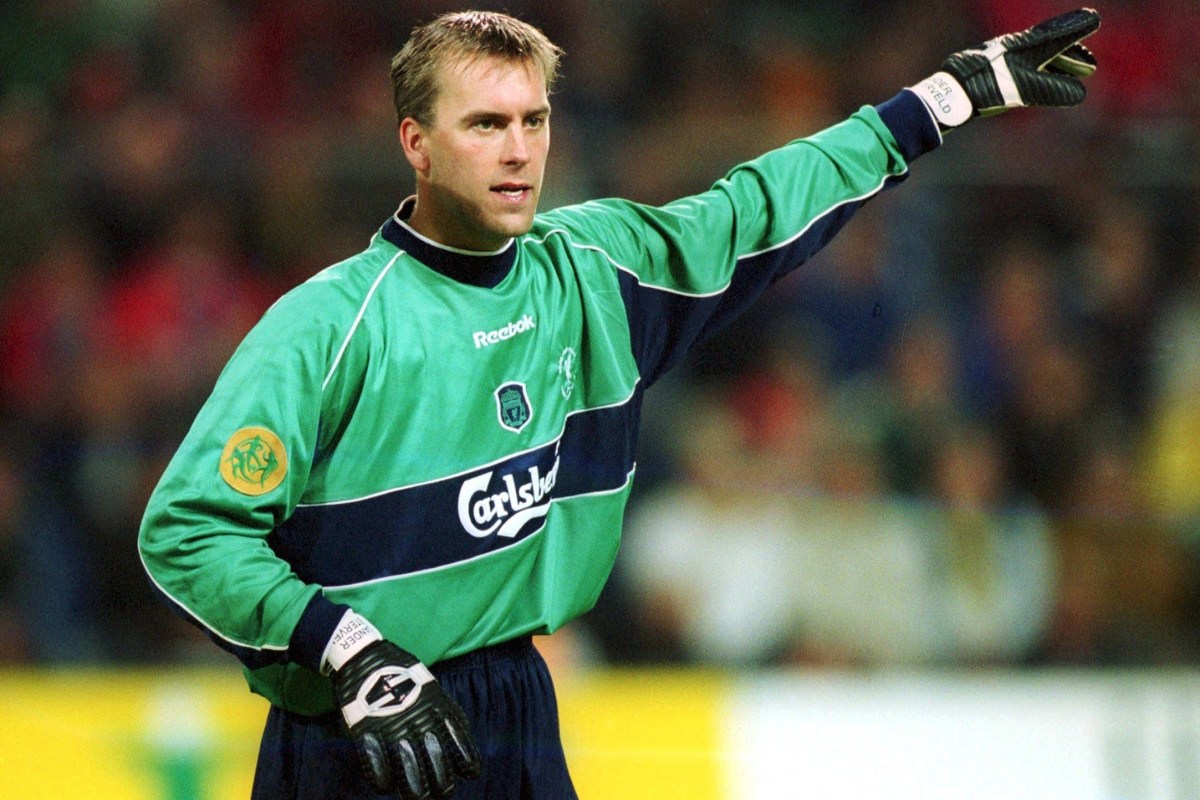 Everton signed former Liverpool goalkeeper Andy Lonergan over the summer and will come face-to-face with his old employers this week.

Liverpool make the short trip across Stanley Park on Wednesday night to take on their old rivals Everton.

Over the summer, Lonergan joined an exclusive group of players that have played for both Merseyside clubs during the Premier League era.

The 38-year-old failed to make a senior appearance for Liverpool during his short spell at the club. But the former West Brom star was on the bench for the Reds’ UEFA Super Cup and FIFA Club World Cup successes during the 2019/20 campaign.

Liverpool boss Jurgen Klopp also gave him a Premier League winners medal after the 2019/20 season, despite him not being eligible for one.

He is also yet to feature for Everton but has been in their squad in recent weeks.

So, who are the other five players that made the decision to feature at both Anfield and Goodison Park during the Premier League era? talkSPORT.com takes a look.

The ex-England winger made headlines when he joined Everton for a then club-record £5.75 million fee from Middlesbrough in 1996.

Yet Barmby became a bigger story four years into his stint at the Toffees when he was sold to neighbours Liverpool.

It was the first time since striker Dave Hickson back in 1959 that Everton had sold a player to their arch-rivals.

Barmby spent two years at Anfield from the turn of the century in which he was part of the Liverpool side that won the League Cup, FA Cup and UEFA Cup in 2001.

The last of the former left-back’s five-year stint at Anfield came during the inaugural Premier League season 29 years ago.

Burrows then had a short-lived spell at West Ham sandwiched between his time at the two biggest clubs in Liverpool.

However, the ex-England under-21 international did feature in the early stages of the Toffees’ historic 1994–95 FA Cup campaign.

Yet Hutchison not only later played for Everton, he also captained the Blues at one stage when Dave Watson was out the side.

A dispute over his contract meant the England-born star ultimately left to sign for Sunderland while he also enjoyed two spells at West Ham.

The Dutchman was initially the only goalkeeper on this list before Lonergan’s recent move to Everton.

Westerveld went from hero to zero at Anfield in the late 90s where he conceded the fewest goals in the Premier League during his first term.

However, he was then dropped after several high-profile mistakes – including a red card on his Merseyside derby debut.

But that didn’t stop Everton boss David Moyes signing Westerveld on an emergency loan for two appearances amid an injury crisis in 2006.

The former Portugal full-back was the most recent member of the infamous club prior to Lonergan’s decision to ‘cross the park’.

Xavier also boasts the unique stat of being the only player in history to have played for both Merseyside teams in the derby in the same season!

He scored on his Liverpool debut against Ipswich Town before bouncing around the likes of Galatasaray, Roma and Middlesbrough.

Xavier finished his career with MLS side LA Galaxy alongside David Beckham before turning to management.