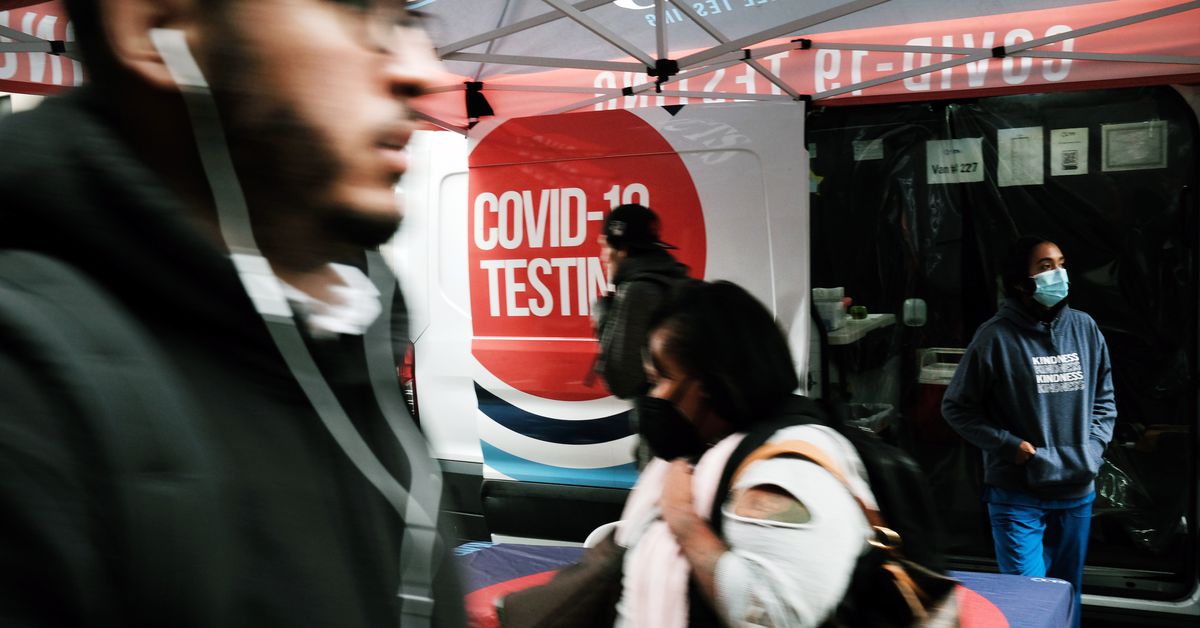 Most public health experts believe Covid-19 will never be eradicated. But the risks have become more tolerable: Six in 10 Americans are now fully vaccinated, and new antivirals are coming that reduce the chances of a person ending up in the hospital because of the virus.

The next stage of the pandemic is still taking shape. It’s too soon to say whether the omicron variant that has caused so much recent concern will drive a new wave of infections around the world. But, whether or not omicron becomes dominant, some Americans will be more at risk from Covid than others going forward. And in any version of endemic Covid — where, for many, Covid-19 can be akin to the flu, undesirable but manageable — some people, especially the elderly and immunocompromised, will face a higher risk by default.

The lifesaving promise offered by vaccinations and effective treatments can only be realized if people actually have access to them — and only if they are treated fairly and equitably when they do see a doctor.

Unfortunately, Americans do not have equitable access to medical care. Across 25 different measures of health status, including life expectancy, infant mortality and prevalence of chronic illnesses, Black Americans fare worse than white Americans on 19 of them, according to a May 2021 Kaiser Family Foundation report. American Indians and Alaskan Natives fare worse on 17; Hispanic Americans see poorer outcomes on 14 of the metrics.

The experience of the past two years has only served to underline how fundamentally unfair the US health system is.

Vaccination is still the most effective way to protect everyone against Covid-19, and the vaccines are free, regardless of insurance, immigration status. But, after months of public health campaigning, 30 percent of the US is still unvaccinated. Vaccination rates among Black adults (65 percent) are slightly lower than among white adults (70 percent); Hispanic adults (61 percent) have an even bigger gap. People who are uninsured, who are also disproportionately Black and Hispanic, are the least likely to be vaccinated. All of these trends reflect existing inequities in the US health system, where historically underserved groups have less access to health care.

In addition to the major determinants of age, health, and vaccination status, at least three other factors will determine how much risk Americans face from Covid-19.

The first risk factor is lack of insurance coverage, which is already the variable that appears most strongly correlated with whether someone received the vaccine. About 10 percent of people living in America, 27 million people, do not have health insurance — the most fundamental inequity in the US health system.

The Covid-19 vaccines are a prime example of how powerful insurance status is in determining whether or not a person receives necessary medical care. Only about 44 percent of uninsured Americans under 65 have received at least one dose of the vaccine, compared to 65 percent of the insured under 65. Of all the subcategories polled in July by the Kaiser Family Foundation for its Covid-19 vaccine monitor — from race to age group to political party — the uninsured had the lowest vaccination rate, even though the Covid-19 vaccines are actually free to everybody regardless of insurance.

That puts the uninsured at a higher risk out of the gate, given how much vaccination reduces the risk of developing a serious case of Covid-19 or getting infected in the first place.

If a person does get infected, timely treatment is the best way to head off severe symptoms. The new Covid-19 antivirals from Merck (which reduces the risk of hospitalization by about 30 percent, according to the latest data) and Pfizer (which reduced hospitalization rates by as much as 90 percent in clinical trials) are most effective when people have mild or moderate symptoms.

But uninsured Americans delay seeking care because of the perceived costs of doing so. More than 30 percent of uninsured Americans said in a 2019 KFF survey that they’d either delayed care or went without it because of the cost, versus less than 10 percent of people with insurance. Even small out-of-pocket costs, as little as $10, have been shown to prevent people from taking medication as prescribed.

And the slow uptake of the Covid-19 vaccines suggests that, even when care is free, the presumption that it will still be costly to somebody who is uninsured can keep those people away from the doctor or pharmacy.

The second risk factor is a person’s ability to access health care; the new antivirals appear most effective at earlier stages of the disease, which means patients need to be able to be seen by a doctor in a timely manner in order to head off more severe symptoms.

Geography and socioeconomic characteristics are linked with whether people can actually find a doctor. Roughly 80 percent of rural America was considered to be medically underserved in a 2019 government analysis. People who live in urban centers also receive worse quality of care than people who live on the fringes of metro areas (i.e., suburbs), per a federal Agency for Healthcare Research and Quality report. Low-income Americans are less likely to have ready access to a primary care doctor than their wealthier peers.

The number of Americans with an established primary care doctor has been declining in recent years. At the same time, studies have found that people who do not have that kind of relationship with a physician develop more serious symptoms before they do seek care, which tends to lead to worse health outcomes. Their health problems are also more likely to persist if they don’t have a primary care doctor to follow up with after an acute emergency.

We have seen the importance of these established patient-physician relationships in the vaccination drive as well. Unvaccinated Americans have said in surveys that they are most likely to be persuaded by their personal doctor.

But having an insurance card and physically walking into a doctor’s office are only the first two steps to receiving effective treatment. Once there, a patient needs to be treated fairly by their doctor — the third risk, if they don’t receive that equitable treatment.

And, unfortunately, there is a growing body of evidence that, separate from insurance status and other variables, Black and Hispanic patients in America do not receive the same quality of care as their white counterparts. Health care providers are less likely to view their symptoms as serious and less likely to prescribe necessary medications to treat their illness. Already, Black and Hispanic Americans have experienced higher rates of death and hospitalization during the pandemic than their white peers.

“Given that people of color are less likely to have health coverage, are more likely to face barriers to accessing care, and receive poorer quality of care, they are likely to face disparities in obtaining care and treatment for Covid-19,” Samantha Artiga, director of the Racial Equity and Health Policy Program at the Kaiser Family Foundation, told me.

There is a racial component to the first two risk factors. Black and Hispanic Americans are more likely to be uninsured than white Americans. They are also less likely to have reliable access to medical care.

But race alone can determine whether or not an American receives appropriate medical care. Black and Hispanic Americans are more likely to say they’ve had negative experiences with a health care provider than white people, with higher shares reporting that their doctor did not believe them or that they were refused a test or treatment they thought they needed.

“Race is a factor, and I would say that it’s distinct from other barriers because it erodes care quality for patients of color directly and indirectly,” Kumi Smith, a University of Minnesota epidemiologist, told me. “Directly through implicit or explicit racial biases held by providers, indirectly through the racially disparate ways that societal resources and benefits are distributed across society. So in a way, patients of color, especially Black patients, suffer the consequences of racism twice over.”

According to multiple studies that have tried to look at the problem empirically, the discrimination that people of color describe in those surveys is real. Studies have shown that Black people are less likely than white people to be prescribed pain medications and are subjected to longer wait times in the emergency department.

New research looked at prescriptions for heart medications — the kind of routine care for serious but treatable illness that we hope Covid-19 antivirals will become — and once again found the same racial disparities, even when controlling for other factors such as insurance status.

The study, led by Utibe Essien at the University of Pittsburgh, examined patients with atrial fibrillation who were treated at the local Veterans Affairs hospital system. It found that Black and Hispanic patients were less likely to start taking medication for their condition. These patients were being treated at an integrated hospital system (eliminating the access issue) and the researchers focused on a subgroup of patients who enrolled in Medicare Part D to cover the cost of their care (eliminating the problem of uninsurance).

Yet disparities persisted in the treatment received by Black and Hispanic patients. Essien has written on this issue of “pharmacoequity,” which attempts to capture the full extent of the disadvantages that people of color face in receiving necessary medical care.

“Race is not just foundational to the challenges of underinsurance and access but access to treatments, from monoclonal antibodies to antiviral therapies,” he told me.

These inequities have been with us for a long time. They will continue to be with us in the future. And so long as Covid-19 continues to circulate, many Americans of color will face a higher risk from the virus as a result.