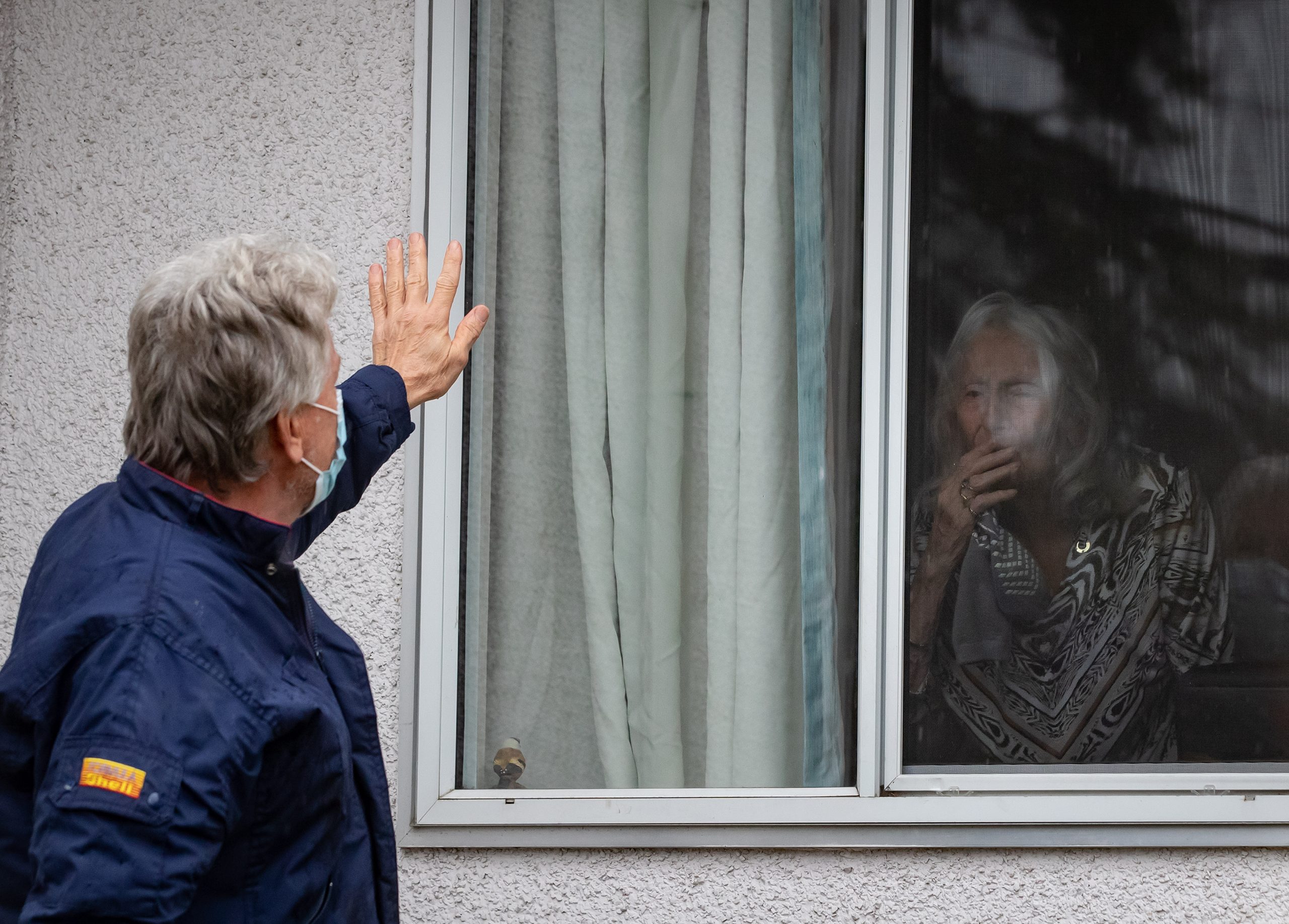 TORONTO — The only times Sylvia Grady was allowed to see her partner of 22 years as he battled COVID-19 in intensive care was when doctors believed he was on the brink of death – she made that trip three times.

Those visits to Toronto Western Hospital between April and June last year to say her final goodbyes to Stewart Nanibush felt “otherworldly,” Grady said. He was in an induced coma and unable to reciprocate.

In between those heartbreaking encounters, she was able to call the ICU and staff would hold a phone up to Nanibush.

“I would call every night to say words, you know, just tell him a story, to play a bit of music for him,” she said in an interview, tearing up as she recalled his death.

Nanibush, who was from Wasauksing First Nation near Parry Sound, Ont., was one of 10,000 people in Ontario who have died of COVID-19. The province reported three new deaths Tuesday, pushing the provincial total up to the grim milestone.

Nanibush was 65 years old. He and Grady fell in love when he did some carpentry work at her beeswax candles and artworks store in Toronto, she said. They would later sell his Indigenous crafts at the store.

He chose not to retire from his job at a community centre when the pandemic started, Grady said. She urged him to stay home but he wouldn’t listen and he contracted the virus — either at work or on transit, Grady believes.

Nanibush had asthma and other health issues that made it hard for him to breathe, but he didn’t want to go to the hospital after he got COVID-19 because of the systemic racism Indigenous people face in the healthcare system, Grady said.
After spending a week in bed, Nanibush got very sick.

“On the day he went in, we discussed the ambulance in the morning. He said, ‘No, I don’t want to (go to the hospital)’ and then in the evening, it was clear that he needed to go, so I called the ambulance,” she said.

“I don’t think I fully recovered from the shock of that day.”

COVID-19 has claimed the lives of Ontarians from all age groups and walks of life, but it has hit older residents hard, with about 5,900 people aged 80-and-over dying due to the virus, according to Public Health Ontario data.

The median age of deaths has decreased through each subsequent wave of the pandemic, provincial data shows. From the first wave to the fourth, it dropped from 85 years old to 74.

Long-term care residents have been disproportionately affected, with more than 40 per cent of all deaths in the province occurring in that population.

A report on the latest pandemic projections from the Ontario COVID-19 Science Advisory Table also notes that people with lower incomes, essential workers and visible minorities have experienced the highest risk of COVID-19-related mortality.

Christine Mandegarian was one of several essential workers who fell victim to the virus.

She worked for 31 years at Altamont Care Community, a long-term care home in east Toronto that was among the many nursing homes devastated by the pandemic.

The upbeat and dedicated personal support worker died just one week before her 55th birthday, on April 15, 2020.

“I was in shock,” recalled Stephaney Williams, who began working alongside Mandegarian at the home in the 1980s.

“I couldn’t believe that we actually lost a coworker to this … It’s a close-knit group, so we all got to know her kids, we knew her husband, so it really, really hit home.”

Mandegarian treated her patients and colleagues like her own family, said Williams. She would often bring in homemade Filipino dishes to share and she was adored by staff and patients, Williams said.

From time to time, Williams thinks about what could’ve gone differently at the long-term care home.

“If they don’t give us the proper PPE, you want to say, ‘OK, we’re not going to do anything until we get what we need,”’ she said, referencing the shortages of personal protective equipment that marked the first wave.

“But then there are vulnerable residents that need us, you know what I mean? So you still have to do your job.”

COVID-19 swept through long-term care homes in the first wave, leaving 1,937 residents dead in those first months – more than 32 per cent of all deaths in the province at that time, according to Public Health Ontario data.

Long-term care homes saw roughly the same number of deaths during the second wave, though by that time the virus was tearing its way through other populations and nursing home deaths represented 21 per cent of the second-wave total.

Karen Born, the assistant scientific director of the Ontario COVID-19 Science Advisory Table, said in the third wave, there was more infection among essential workers, the people who weren’t able to stay home.

Ever since the rollout of vaccines, there’s been a decrease in the number of deaths overall, Born noted. However, those who have not been fully vaccinated are still seeing high rates of infection, hospitalization and death, she said.

At the Altamont long-term care home, the memory of Mandegarian lives on. Williams said a room has been dedicated to her memory and Mandegarian is often thought of by those who knew her.

“Sometimes you’re walking down the hall and you reach a certain area or you go into the staff room – it’s almost like you hear her voice laughing or giving you a joke,” she said. “We think about her a lot.”