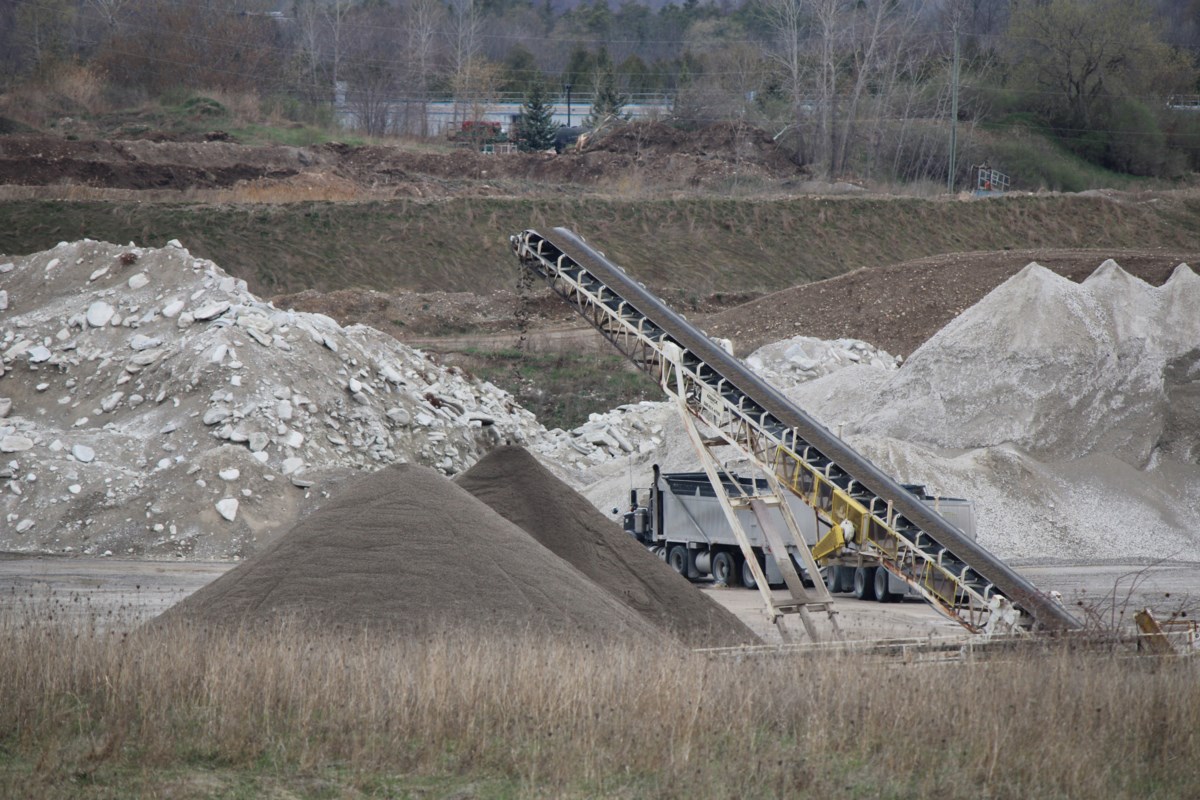 PUSLINCH – Puslinch council is putting pressure on a large aggregate operator to address township staff concerns and says it isn’t ready to endorse a proposed expansion.

Matters related to the CBM-owned Lanci Pit on Concession 2 were subject to multiple items and hours of a Puslinch council meeting this week.

This included delegates speaking on behalf of CBM to remind council of the expansion proposal for the pit, a man representing opposition group the Mill Creek Stewards, a staff report outlining impacts CBM pits have on the township and a county report seeking endorsement for an official plan amendment to facilitate the pit’s expansion.

The Lanci Pit is considered to be a feeder pit where materials are hauled to another processing pit.

A Puslinch staff report noted the expansion application would result in an additional one million tonnes annually being transported across Concession 2 to the McNally processing pit.

This transportation is what particularly drew the concern of Puslinch staff and council as it was found rock trucks regularly cross over Concession 2.

“Rock trucks are construction equipment that are intended to be utilized to move material around on the site. Rock trucks are not intended to be driven on a public road and are certainly not meant to interact with members of the public in cars, driving motorcycles, or cyclists on a regular basis,” the staff report said.

“We need to do something in a very reasonable time, as quickly as we possibly can to get these identified concerns addressed … put up some interim signs because we know that there’s these concerns now,” CAO Glenn Schwendinger said.

The CAO added signage indicating the work of flagmen, which they will be asking CBM to pay for, should only be considered temporary measures.

“There’s a similar operation in very close proximity to this and there’s a conveyor that goes underneath the road, there is virtually zero impact to the municipality or the traveling public,” Schwendinger said.

Later council approved a resolution which included a request the operator come up with a similar solution to this to eliminate road crossing and that the town does not accept industrial crossings of this nature in the future.

Puslinch council also decided to look further into this operation before endorsing any expansion.

“Does it make sense to engage a consultant to take a look at the site plans and review and try to understand what other issues of non-compliance are there so that when we go forward with approving this expansion?” Coun. John Sepulis asked at the meeting.

Schwendinger said this would be possible and wouldn’t be excessive in cost.

Puslinch council approved a motion to retain a consultant to review the various aggregate site operational plans to ensure compliance with existing licenses with the review including a comparison between the operations occurring on site and the self-administered annual compliance assessment reports.

Council ultimately deferred endorsing the official plan amendment until issues noted in the staff report are addressed by the pit operator.