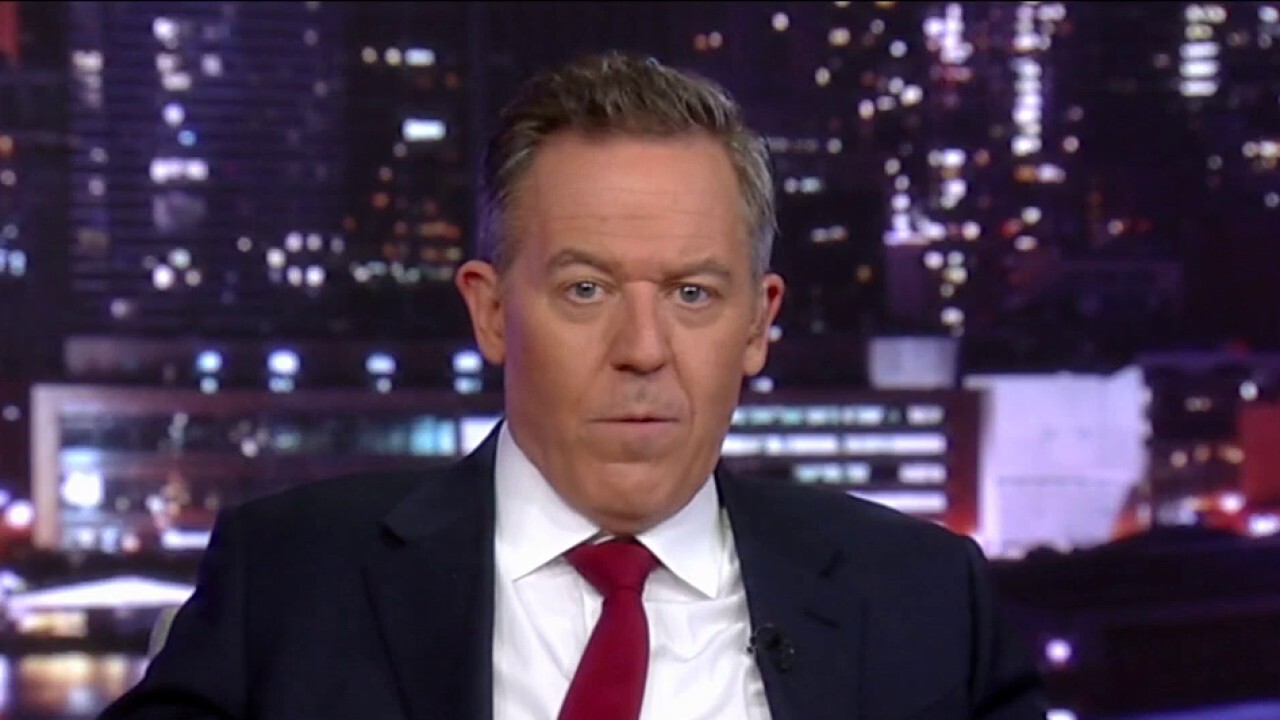 It’s insurrection Part 2 as dozens of rioters descend into the Oval Office, as the president and vice president are taken by surprise.

Look at that chaos — oh my god!

Can you help the FBI, dear viewers, identify the insurrectionists? Our democracy is at stake. This is worse than Watergate, 9/11, and Pearl Harbor.

Of course, that was Madame Tussauds new wax replicas of our president and vice president — it’s the first time those two have been seen together in months.

Plus, those wax figures have already held more press conferences, but also with Joe, this might be the first time a Tussauds wax figure is more life-like than its inspiration.

They tell me Joe’s figure was actually made out of his own ear wax. He’s been collecting it in a mayonnaise jar for years — you’re not the only one, Kat.

BIDEN APPEARS TO LOSE HIS COOL AFTER REPORTER’S QUESTION ON DIVISIVENESS: ‘GO BACK AND READ WHAT I SAID’

Speaking of wax figures, did anyone catch Colbert the other night? No?

Well, if laughter caused cancer, his audience has been in remission for 10 years. Talk about a change of heart, however.

Remember how he was terrified that under Trump, all our precious institutions would be destroyed? Well, Donald’s gone, and the only folks craving destruction are Democrats, including Dear Stephen.

Yeah, it started with statues, and it’s never stopped.

STEPHEN COLBERT TO SEN. ELIZABETH WARREN: If you can’t get rid of the filibuster, what about — and just hear me out, here, and try to hear this objectively — what if we just get rid of the Senate? And I’m 100% serious here. It is the most anti-democratic institution next to the judiciary because the judiciary is only the way it is, because the Senate is the way it is.

I’m thinking the only thing that should be abolished is Colbert’s writing room. Damn, that was even too crazy for Liz Warren. She was ready to send a smoke signal to the tribe to come rescue her.

So all the people screaming about threats to our republic, attacks to our democracy are now upbeat about burning it all down.

They’re happy about executive order, forced vaccination. They’re thrilled about the government working with Big Tech to censor dissent. They’re A-OK with harsh treatment by the DOJ over political opponents.

And why? Because they love power, but they can’t persuade. And when you can’t persuade, you change the rules or you enforce new ones.

Colbert is that guy you’re beating in a monopoly game, so he flips the board over. And he wants to abolish the Senate because that abolishes the power of the states and leaves the power to the dirt-bags in D.C., Chicago, San Fran, L.A. and NYC.

And you’ve seen the good job they’ve done with their cities, right? Their cities are disastrous because they thought tearing down statues was a bigger priority than subway shovers.

They thought people cared more about trans bathrooms than train robberies. They thought pitting people against each other was superior to protecting them from maniacs.

So while the country lurches into a dark abyss, Biden once again divides us, tweeting about Jim Crow 2.0 again, falsely claiming that one-half of the country is preventing the other half from voting.

And then he offers no evidence. Instead, it’s just racial smears.

This guy plays the race card more than Hunter plays with himself — and judging by the laptop, that’s nothing to shake a stick at.

Joe claims the bill is meant to prevent election fraud, but weren’t we told that mentioning fraud undermines public faith in elections? And besides, wasn’t 2020 a perfect election? My guess? It’s B.S.

They really want ballots to be as insecure as the view in a spin class.

Frankly, I’m confused by all this misinformation, so thank God for CNN. They’re hiring new staffers to fight fake news. The only thing you need to do to land a job over there is a trench coat, a bag of candy and working knowledge of the local playground.

On Twitter, Alex Koppelman announced CNN is creating a new team dedicated to covering false news — that should be easy. They’ll never have to leave their own building.

All they’re investigating will lead them to Jeff Zucker’s office. It’s kind of like Alec Baldwin teaching gun safety.

Koppelman says it’s about covering the uses and abuses and distortions of reality. If that’s true, then start with the three Cs championed by CNN: collusion, Covington, crime.

They’d probably spell Kyle Rittenhouse with the C for how much they lied about him. Then throw in some Kavanaugh, Smollett — those crazy stories about Don Jr. meeting with shady Russians.

You got your first year wrapped up.

And let’s not forget how misinformation is made by hiding the news from underplaying riots to hiding Hunter’s laptop to mocking the murderous crime wave — all covered up by CNN.

So they’re also hiring reporters, the kind who quote, “Feel like you have to jump down every rabbit hole you see.” The kind to spend more time on the internet than anyone really should.

Basically, they’re looking to hire that 400-lb guy sitting on his bed, as Trump would say, losers too fat and lazy to join Antifa. But I feel for the poor staff. Like Brian Stelter putting on leggings, they’re going to have to work overtime to cover themselves. I just wonder how they’re going to do it.

Chess News Network: Tonight on the Chess News Network — David Brooks, for Chess News Network, I’m outside our New York City headquarters. We received reports of someone spreading misinformation. It has not been adequately fact-checked. We believe it could lead to a hubbub, possibly brouhaha or worse — independent thought. Let’s take a look. Peter Pawn? What the hell?

My name’s Greg — but anyway. But finally, at least there’s some good news for everyone, especially those in New York.

Bill de Blasio: So this is the right place for me to share some news. No, I am not going to be running for governor of New York state.

Like he ever had a chance. So de Blasio won’t be running for gov. And also, I won’t be participating in the slam dunk contest at this year’s NBA All-Star Game.

Bill, you hardened, fuzzy clump of excrement. Thanks for letting us know even though nobody asked.

Like Godzilla stomping through Tokyo, you destroyed a city and now you’re jobless.

So here’s an idea: Go work at CNN.

This article is adapted from Greg Gutfeld’s opening monologue on the January 19, 2022 edition of “Gutfeld!”