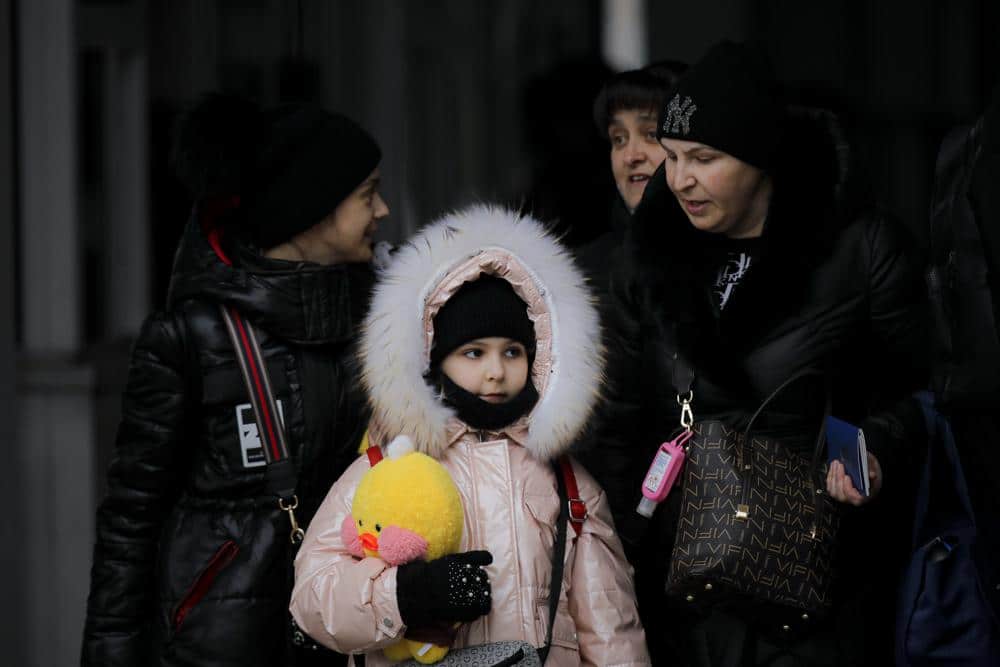 More than half a million refugees have fled Ukraine for the safety of nearby nations, but some are being held back from reaching the border.

As hundreds of thousands of people flee Ukraine as refugees, social media is flooding with posts of thousands of African, Asian, and Middle Eastern descent facing additional barriers and being denied access as they try to leave the country under attack.

South Africa has sent its ambassador to Poland to the Ukraine border to deal with the situation.

Poland denies they are preventing access, saying “refugees fleeing war-stricken Ukraine are entering Poland with required documents regardless of their nationality.”

Many of the refugees in Beregsurany, as in other border areas in Eastern Europe, are from India, Nigeria and other African countries, and were working or studying in Ukraine when the war broke out.

Masroor Ahmed, a 22-year-old Indian medical student studying in Ternopil in western Ukraine, came with 18 other Indian students to the Hungarian border. He told The Associated Press they hoped to reach the capital of Budapest, where India’s government has organized an evacuation flight for its citizens.

Nearly 4,000 Ukrainians have been approved to immigrate to Canada since the conflict with Russia began, Canada’s immigration minister said Monday.

“We expected upon reports of a potential further invasion into Ukraine that we would see the displacement of Ukrainians. That’s why we started preparing more than a month ago to ensure we had the ability to respond to a potential influx of people seeking to come to Canada,” Immigration Minister Sean Fraser said at a briefing Monday.

On Tuesday, the UN is expected to plead for humanitarian support for Ukrainians displaced by the violence in their country and those who are still within the country’s borders.