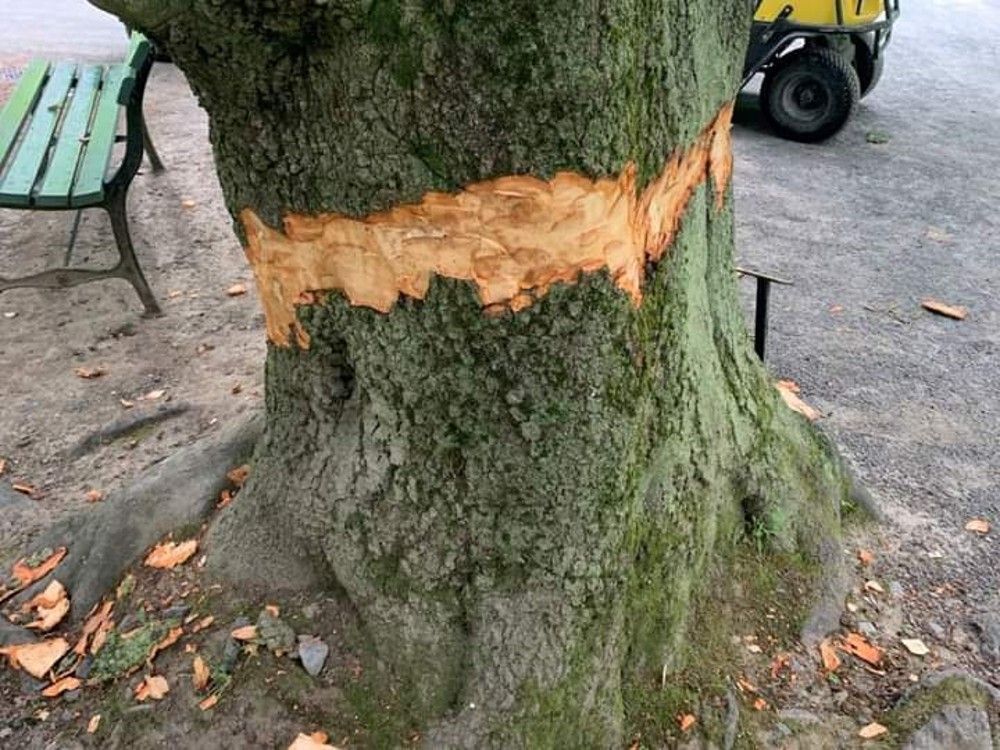 Twice they attacked in the night, once with axes and once with fire. Their target is an unlikely object of ire: Halifax Public Gardens, the city’s graceful, manicured park hailed as the finest surviving example of a Victorian garden on the continent.

The gardens, inside their ornate wrought iron gates, are a delightful and popular destination for residents and tourists. Free to enter, they offer colourful floral displays and towering trees, ponds and fountains, bird walks and family picnics. A wooden bandstand built in 1887 hosts summer concerts and its two bridges are popular spots for wedding photos.

On Thursday night, Halifax police officers and firefighters were called to the Public Gardens, appropriately on Spring Garden Road, in downtown Halifax for a fire at Horticultural Hall.

The 175-year-old white, wood building is the oldest part of the gardens, at least the manmade bits. Surrounded at each corner by a large elm of the same vintage, it houses a visitor centre and a café offering drinks, snacks, and ice cream enjoyed on its long deck.

The fire started in an elbow of two adjoining outside walls and spread upwards in a V. It was squelched by Halifax Fire in time to save the building but not before exterior walls, two windows and the roof were damaged.

As upsetting as the damage will be, it could be dismissed as simple mischief or drunken stupidity if it wasn’t for what happened in July.

That is impossible to dismiss.

On July 26, Halifax police were called to the gardens after an alarming and unusual attack.

“They murdered the trees,” said Judith Cabrita, chair of The Friends of the Public Gardens, a charitable garden advocacy group.

During the night more than one person entered the fenced 6.5-hectare property and hacked large sections of bark from 32 trees in an apparent attempt to kill them. It appears a hatchet or axe was used.

Near the base of the trees, wounds of yellowy white stand out where dark bark should be, sometimes around the full circumference of the trunk. That is usually a fatal blow. Known as girdling or ring-barking, it can cause trees to starve to death.

Some of the trees hit that night are 200 years old; ginkgos, London plane, weeping beech that were spread over a wide area. It must have taken considerable time fumbling in the rain that night.

Four of the trees had to be removed immediately. The rest are being treated and monitored. More will likely die a slow death over years.

“Everyone is just astounded,” Cabrita said. “It’s one of those mysteries. How could this happen to these beautiful gardens? Why would anybody desecrate something that people enjoy?

“We know there was more than one person, we know that. They certainly knew what they were doing. The people must have been very angry, but what they were angry about we don’t know.”

The Friends of the Public Gardens is offering a $50,000 reward for information leading to the arrest and conviction of the culprit or culprits. Half of that comes from anonymous donations from concerned citizens and half from Halifax businessman Robert Pace, chair of the Public Gardens Foundation.

“You would think there is somebody out there that knows something and would like to have $50,000,” said Cabrita.

Police have not said whether they think the arson might be connected to the tree attack. The fire, however, came precisely one week after news of the reward was released. Halifax police are hoping the public can help find whoever is responsible for both attacks.

Perhaps it’s their proximity to downtown that attracts attention from Haligonian hooligans. The gardens have been the target of vandals before, according to Halifax history professor Peter Twohig, who has co-authored a forthcoming book on the facility.

“There is an ugly history of vandalism in the Public Gardens,” Twohig said on Twitter after the tree attack.

“In 1996, two nocturnal raids caused about $20,000 in damage when vandals hotwired a lawn tractor and drove it into one of the park’s ornamental lampposts and two of the statues.”

In 2012 vandals tipped the statue Diana off her pedestal, damaging the stone. She returned to her pedestal this spring. Later that same year the Jubilee Fountain was damaged, just after being restored.

Created in 1874, the Public Gardens’ original nineteenth century design remains essentially intact and has seen continual use as a public garden of the Victorian philosophy. The gardens were designated a National Historic Site of Canada in 1983.

“Our gardens are artistic. They delight people. People come to the gardens for solace, for peace, for quiet. People come from the hospital — they might be patients or visiting loved ones. Some are interested in gardens and travel here. Horticulture is good for the mind, soul and body,” said Cabrita. “This is very traumatic.”

Get the latest from Adrian Humphreys straight to your inbox