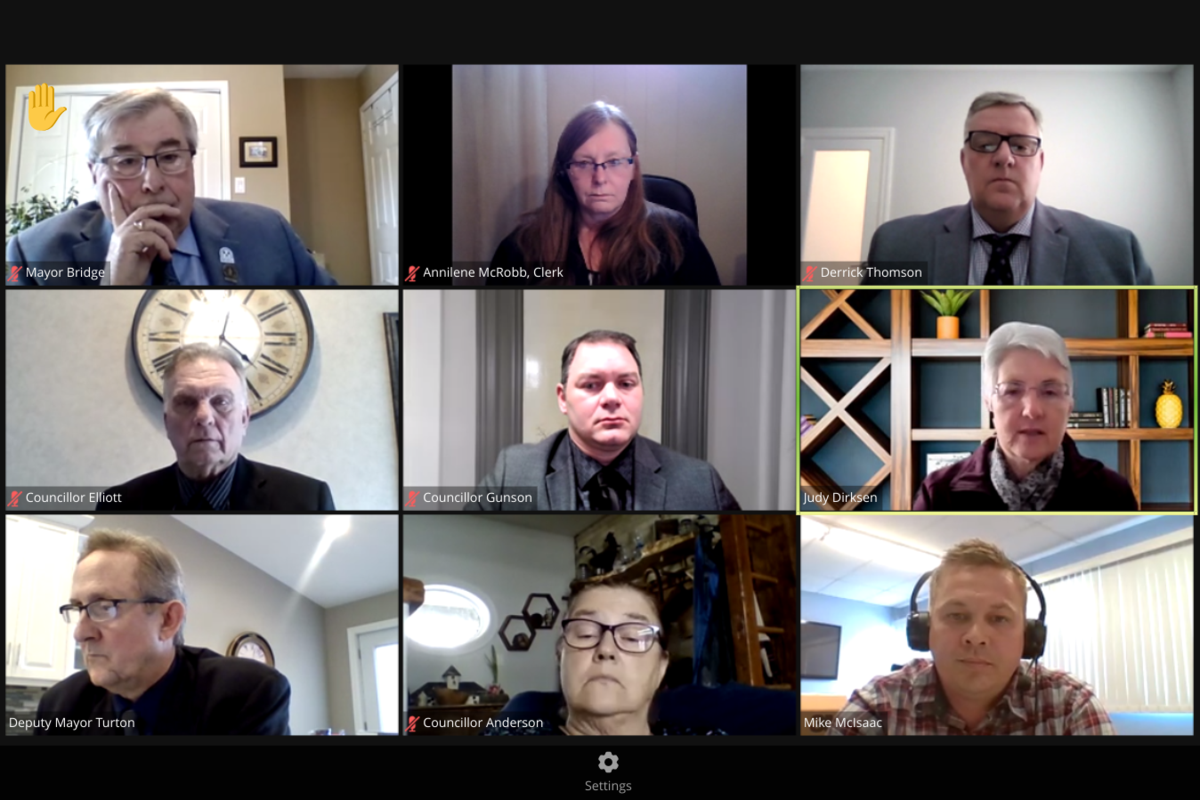 As an effort to be more inclusive and welcoming, the Town of Minto will be painting a rainbow pedestrian crossover in Harriston in recognition of the LGBTQ2S+ and BIPOC communities.

At Tuesday’s virtual meeting, council voted 5-2 to direct staff to proceed with an ‘inclusivity crossover’ as a pilot project in recognition of the LGBTQ2S+, Black, Indigenous, and people of colour communities.

Councillors Judy Dirksen and Mark MacKenzie voted against the motion.

“The intersection at Elora Street South and Young Street in Harriston meets the requirements for an installation of a PXO, which is a pedestrian crossover,” explained Mike McIsaac, the town’s roads and drainage manager, during the meeting.

“With the design and the potential implementation of a PXO, town staff considered that this will be the location of a pilot project to include an inclusivity crossover similar to that of the pride and inclusivity crosswalks in Milton, Orangeville and Owen Sound.”

Previously, Minto council received correspondence from local activists to include a pride painted crosswalk and public art installations in town.

At the Oct. 5 council meeting, economic development manager Belinda Wick-Graham suggested the pride committee focus on crosswalks in 2022 and begin researching a direction for a public art project for 2023.

As such, town staff have looked at taking the current opportunity during the installation of the pedestrian crossover in Harriston to include the recognition of the LGBTQ2S+ and BIPOC communities as a pilot project.

The pedestrian pride crossover project includes three pride and inclusivity crosswalks, one each in Harriston, Clifford and Palmerston. At today’s meeting, council only approved for a pride pedestrian crossover at Harriston.

The design of the crosswalks will be a rainbow design with purple, blue, green, yellow, orange and red representing the LGBTQ community. Meanwhile, light blue and pink will represent the transgender community, and the colours brown and black will represent the BIPOC communities.

Installation is included in the 2022 capital budget. Minto Pride will be funding the cost of the additional expense to include the color pallet in recognition of the LGBTQ2S+ and BIPOC communities which is estimated at $7,000.

Future maintenance expenses will be included in the annual County of Wellington and Town of Minto operating budgets.

“I think it’s an extremely important thing to say we’re an inclusive community that we need to back that up and this demonstrates that. We want people coming through on that highway, especially, to look at this community and see that we are in fact a welcoming community.”

Dirksen noted that she has received correspondence from local residents who have pointed out that painted crosswalks can be distracting.

“The number one job of a crosswalk is to stop vehicular traffic, so pedestrians can safely walk across. However, adding colour to a crosswalk does not change that,” she said during the meeting.

“Some people are concerned about the precedence of who wants to paint the crosswalk next. If we want to truly be welcoming and inclusive, does that mean that we may feel like saying yes every time? Another item from residents I’ve received is the cost of maintenance.”

Mayor George Bridge voiced that no one has brought up that colours can be distracting when driving.

“They wouldn’t let you do it if that’s the case. I just want to point out a letter from our pride group as this came from the cultural roundtable, but I think this is something that will be continued moving forward. I hear some rumours that the rest of Wellington County will be implementing this. We want to show that we are inclusive and welcoming as it is one of our values as a community,” said Bridge.