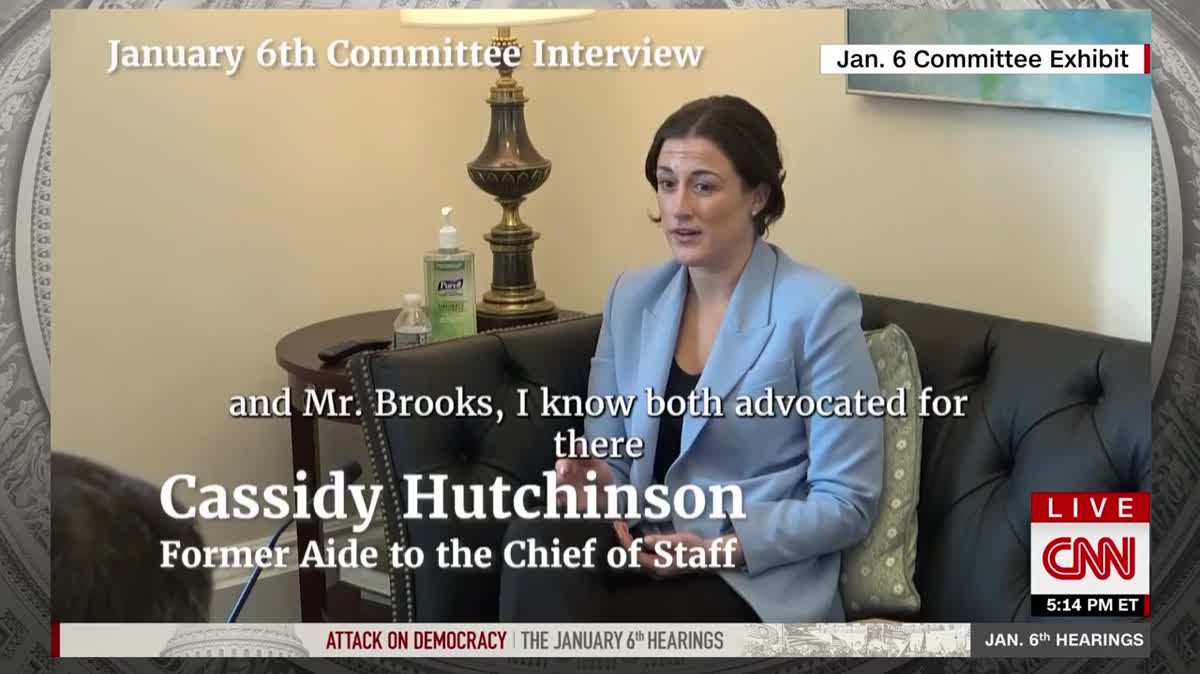 The January 6 Select Committee released under oath testimony today exposing Republican Congressman who were begging for presidential pardons five days after the insurrection.

Emails from Mo Brooks asking for presidential pardons for a wide group of people, including Matt Gaetz and “every Congressman and Senator who voted to reject the electoral college vote submissions of Arizona and Pennsylvania.”

Republicans were looking for wildly broad pardons covering anything up until January 6.

Special assistant to Trump, Cassidy Hutchinson then detailed conversions and communications she with members over presidential pardons.

Q: Are you aware of any Members of Congress seeking pardons?

Hutchinson: Mr. Gaetz and Mr. Brooks, I know, both advocated there be blanket pardon for members involved in that meeting and a handful of other members that weren’t at the December 21st meeting.

Hutchinson: As the preemptive pardons. Mr. Gaetz was personally pushing for a pardon, and he was doing so since early December. I’m not sure why he reached out to me to ask if he could have a meeting with Mr. Meadows about receiving a presidential pardon.

Hutchinson: Mr. Biggs did. Mr. Jordan talked about congressional pardons but he never asked me for one. It was more for an update on whether the White House was going to pardon members of Congress. Mr. Gohmert asked for one as well. Mr. Perry asked for a pardon.

Q: Did he reach out to you directly?

Hutchinson: Yes, he did.

Hutchinson: N, she didn’t contact me about it. I heard that she had asked White House Counsel’s office for a pardon from Mr. Philbin, but I didn’t frequently communicate with Ms. Greene.

Q: Are you aware of any conversations or communications regarding the possibility of giving congressman Matt Gaetz a pardon?

Hutchinson: I know he had asked for it, but I don’t know if he ever received one or what happened with it.

Q: How do you know that congressman Gaetz asked for a pardon?

Hutchinson: He told me.

Q: Tell us about that.

Hutchinson: He told me he’d asked Meadows for a pardon.

And that ladies and gentlemen, is that.

The Committee said it nicely. “The only reason I know to ask for a pardon is because you think you’ve committed a crime.”

All these creeps knew they were committing a fraud against the America people and the Constitution.

You can rest assured that Rudy, Bannon, Navarro and host of other Trump sycophants probably figured they would get pardons which allowed them to keep pushing the voter fraud lies.

The Committee said it nicely. “The only reason I know to ask for a pardon is because you think you’ve committed a crime.”