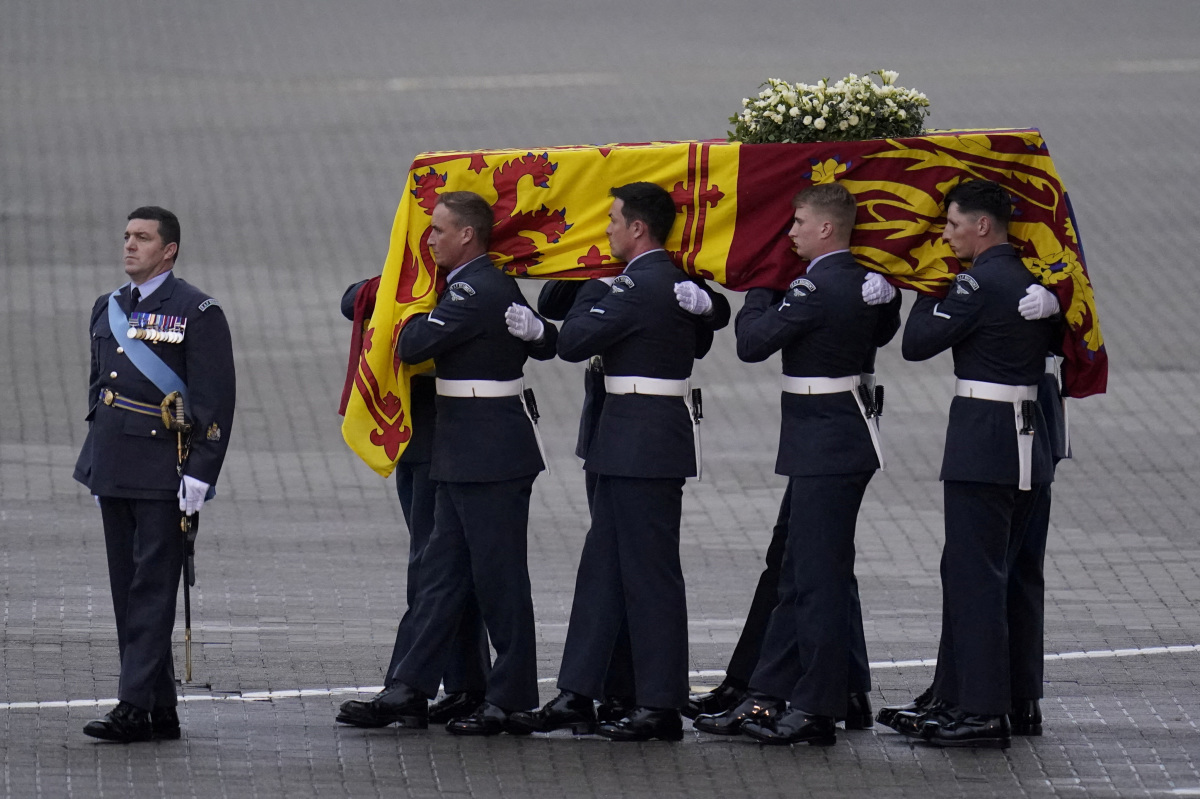 After several rituals and lying in state at Westminster Hall so the public can pay their respects (if they’re able to wait patiently in the long line), Queen Elizabeth II will officially be laid to rest after a funeral service at Westminster Abbey on Monday.

Much has been made about the Queen’s funeral services after her 70 years of service, and while much of the focus has been on the various members of her family, there have also been some questions about who would be able to attend the service outside of them. Questions have arisen especially after her husband, Prince Philip’s funeral in 2021, which was scaled back considerably due to Coronavirus restrictions.

Restrictions have since been lifted, meaning that the Queen’s service will have more in attendance than her husband. However, there are still some restrictions on just who can attend. According to Insider, 2,000 people will be there to see the Queen off before she is put to rest, but the service is limited to family members, heads of state and European leaders.

All of the queen’s children—King Charles III, Anne, Princess Royal, Andrew, Duke of York and Edward, Earl of Wessex will be in attendance at their mother’s service. Charles’ wife, Queen Consort Camilla and Edward’s wife, Sophie, Countess of Wessex will also be there. Princess Anne’s husband Timothy Laurence should also be in attendance and there have been reports that Andrew’s ex-wife, Sarah Ferguson, Duchess of York, will also be there.

The Queen’s grandchildren—William, Prince of Wales, Harry, Duke of Sussex, Zara Tindall, Peter Phillips, Princess Beatrice and Princess Eugenie will also all be in attendance. Their spouses—Catherine, Princess of Wales, Meghan, Duchess of Sussex, Mike Tindall, Edoardo Mapelli Mozzi and Jack Brooksbank will also be there. This will differ from Prince Phillip’s funeral, which Meghan was unable to attend because she was in the third trimester of her second pregnancy at the time and could not leave California.

It is unclear if her great-grandchildren, who include Princes George and Louis, Princess Charlotte and Archie and Lilibet Mountbatten-Windsor, will be at the service.

Following the family will be several heads of state and other royalty. If invited but someone cannot attend, they can send a representative in their place. However, each country can only send one representative and a plus one, meaning that even former leaders of other countries who knew the Queen during her impressive reign will not be able to attend.

Among those who will be in attendance are Emperor Naruhito and Empress Masako of Japan, Grand Duke Henri and Grand Duchess Maria Theresa of Luxembourg, Prince Albert II and Princess Charlene of Monaco, King Felipe and Queen Letizia of Spain and U.K. Prime Minister Liz Truss, who met the Queen for the first time just days before she died.

However, President Volodymyr Zelenskyy from Ukraine declined his invitation due to the ongoing war in his country with Russia. The Montreal Gazette reports that his wife, First Lady Olena Zelenska will go in his place and fly back to Ukraine as soon as the ceremony ends.

Not on the invite list? Russian President Vladimir Putin, because of his invasion of Ukraine, or a representative from Belarus, which supported the invasion. Myanmar will also not have a representative in attendance because of the treatment of the Rohingya people, CNN reports. It has also been reported that Syria, Venezuela and Afghanistan are not invited either.

While Kim Jong-un and Ali Khamenei will not be in attendance, ambassadors from North Korea and Iran will still be there.

In addition to the heads of state, 200 other people who were recognized in the queen’s honors list this past year would also be present. According to The New York Times, those include those who made “extraordinary contributions” to the pandemic response and have volunteered in their local communities.