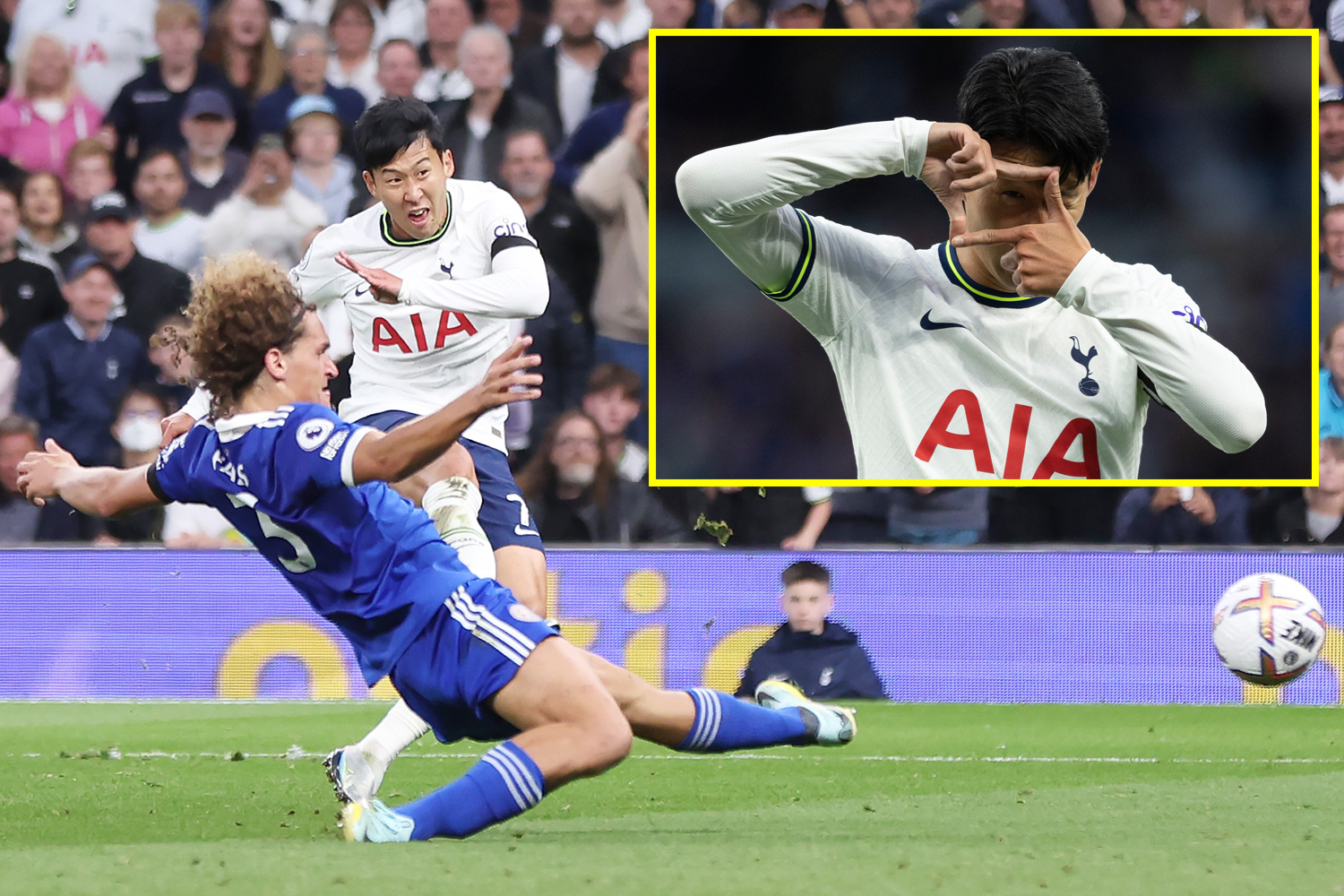 Heung-min Son silenced his critics in emphatic style by scoring a second half hat-trick in a 6-2 win over Leicester City.

The South Korean star was left out of Tottenham’s starting XI for the clash with the Foxes, being replaced by Dejan Kulusevski.

They say that form is temporary and class is permanent, something that the 30-year-old certainly proved in north London.

After bagging 24 goals and 10 assists in all competitions last term, the 30-year-old is yet to get himself off the mark this season with no goals and just one assist in eight appearances.

With Spurs already 3-2 up thanks to goals from Harry Kane, Eric Dier and Rodrigo Bentancur, Son was brought off the bench around the hour-mark in the hope of making some sort of impact off the bench.

What he did was steal the show.

Just 14 minutes after coming off the bench, Son got his first goal of the season with a curling right-footed effort that found the top corner, leading to muted celebrations in front of the fans.

He then showed exactly why he’s one of the Premier League’s best with a whipped left-footed effort that flew past Danny Ward to make it 5-2.

He then beat the offside trap to wrap up the victory and secure a 31-minute hat-trick.

Not only was it a big moment in the context of this season, but it was his third Premier League hat-trick, an achievement which puts him level with Cristiano Ronaldo in the top flight record books.