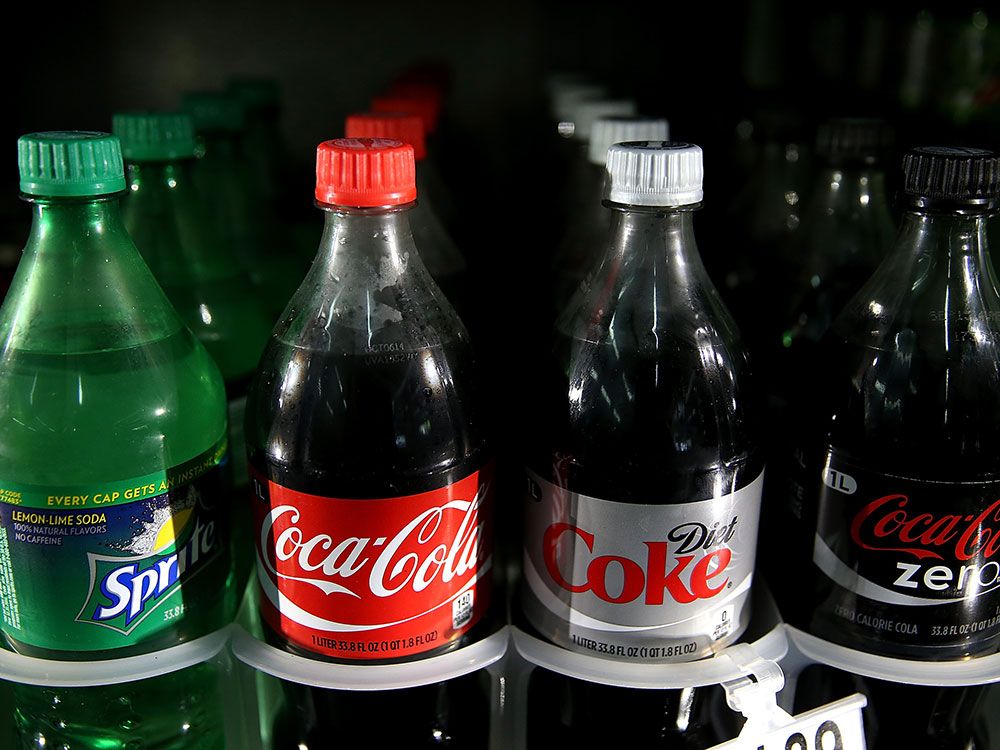 Sugar-laden foods and drinks come at a greater cost than the sticker price. In a first, University of Alberta researchers estimate the economic burden of all sugary products — not just beverages — on Canada’s health-care system.

At $5 billion a year, according to the study published in the Canadian Journal of Public Health, sugar’s monetary toll is substantial and goes beyond sweet drinks.

“Canadians consume way too much sugar. And it’s not anywhere close to the recommendations that are out there,” says principal investigator Paul Veugelers, professor in the U of A’s School of Public Health.

General recommendations for free sugars — any sugar added to foods or drinks; plus naturally occurring sugar in fruit juice, honey or syrup — is less than 10 per cent of total energy intake, according to the World Health Organization and Canada’s Food Guide.

Ideally, the U of A researchers say, free sugar consumption should be no more than five per cent.

Yet, two out of three Canadians eat more sugar than recommended, the researchers reveal in the study led by Siyuan Liu. Just 34 per cent met the general guideline; less than six per cent the ideal.

Excessive sugar consumption has been linked to increased risk of chronic diseases such as certain cancers, heart disease and type 2 diabetes. The researchers calculated the direct (doctors, hospitals and drugs) and indirect (productivity losses) costs of 16 diet-related diseases to arrive at their estimates.

Managing and treating chronic diseases in Canada amounts to 67 per cent of health-care costs — $190 billion annually.

This is not a time to put more tax on food. But at the same time, this is a time to act.

If Canadians had met the 10 per cent recommendation in 2019, the U of A researchers estimate that $2.5 billion could have been saved and instances of type 2 diabetes reduced by 27 per cent.

As for the ideal five per cent guideline, if Canadians had complied, more chronic diseases could have been prevented than with any other dietary recommendation, the researchers write. Rates of type 2 diabetes could have been lowered by 44.8 per cent and $5 billion saved.

Soda taxes have dominated sugar discussions in recent years: 40 countries and cities — including Berkeley, Calif., Mexico and the U.K. — have implemented them, Veugelers highlights.

In a Canadian first, Newfoundland and Labrador will instate a soda tax in September 2022 at 20 cents per litre; in April 2021, B.C. scrapped its provincial sales tax exemption on sugary beverages.

Despite this focus on sweet drinks, the researchers found that they are responsible for only 17 per cent of sugar-related health-care costs. Whether public health interventions include a soda tax or not, says Veugelers, they hope this finding is part of discussions.

“If you (implement a soda tax), you only reach 17 per cent of all the sugar out there. Is that fair? Are you going to achieve your goals?” he asks.

“Wouldn’t it be wiser to go after all free sugar, (in) all the products? If you put a tax on free sugar only in SSBs (sugar-sweetened beverages), people may find a way around it. They may choose more ice cream and chocolate bars rather than the sweet stuff in SSBs.”

A 2020 study published in the BMJ suggests that three years after the Mexican soda tax was introduced, abstainers of sugar-sweetened beverages increased; medium- to high-consumers decreased.

Soda taxes may be effective at reducing consumption and, as the U of A researchers found in their systematic literature review on sugary drink taxation policies, cost-effective. But as the new study shows, sweet beverages are just part of the picture.

“The economic burden of free sugar in the Canadian diet is three to six times that of SSBs,” the researchers write, adding that public health measures should encompass more than a single food item.

Instead of zeroing in solely on sugary drinks, the researchers suggest taking a broader, multipronged approach.

The revenues from which, they say, could be applied to subsidies for healthful foods, improving education and alleviating food insecurity. “So, the whole spectrum,” says Veugelers. “And invest in local foods, invest in small businesses, invest in food production that leads to healthy products.”

Increasing food prices will always be a sensitive issue, adds Veugelers. But perhaps especially so now, two years into the COVID-19 pandemic with a war raging in Ukraine, rising inflation and food prices, and deepening debt.

The U of A study offers insight into the hidden health-care costs of sugary foods and drinks. And, for the first time, quantifies the economic weight of extreme sugar consumption from all aspects of the diet.

Veugelers cites another study he was involved in — “A Dollar a Day May Keep the Doctor Away” — which similarly highlights the unseen costs of unhealthful food.

Canadians spend roughly $9 a day on food, according to the report, which was recently published in the journal Canadian Health Policy. About 10 per cent of which — or $1 — “should be set aside for future use by the government for the treatment and management of chronic diseases because Canadians do not follow established dietary recommendations for healthy eating,” the study says.

Eating habits and lifestyle changes during COVID-19 have only exacerbated the issue of excessive sugar consumption in Canada, adds Veugelers.

“The pandemic has been brutal when it comes to lifestyles. Kids are less active. Kids spend more time on screen. They snack more than ever before — more snacks than meals,” he says.

If all snacks were foods without added sugar (e.g., whole foods such as apples and bananas), eating in between meals wouldn’t be an issue. But that’s not the case, Veugelers explains. Snacks are typically prepared, ready-to-go foods, which are high in fat, salt and sugar.

Reducing sugar consumption requires creativity, he adds: “We need a package of actions, not just one. Tax alone is not going to solve it.”