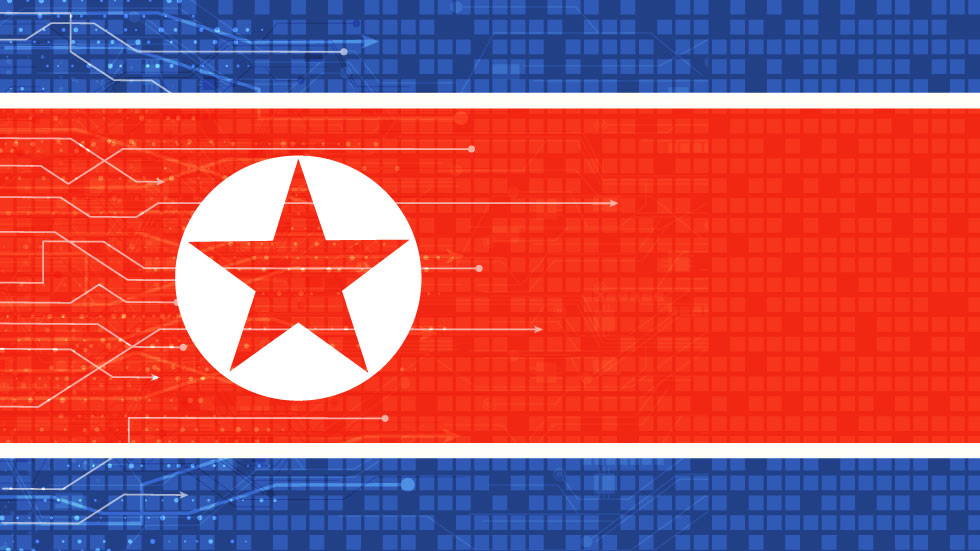 Meanwhile, Facebook’s parent company Meta is changing course with new product features and a focus on the metaverse as the tech giant vies to maintain its top spot in the industry amid increasing competition and regulatory scrutiny.

This is Hillicon Valley, detailing all you need to know about tech and cyber news from Capitol Hill to Silicon Valley. Send tips to The Hill’s Rebecca Klar and Ines Kagubare. Someone forward you this newsletter? Subscribe here.

“I’m very concerned about North Korea’s cyber capabilities,” Anne Neuberger, the Biden administration’s deputy national security adviser for cyber and emerging technology, said recently during an event hosted by the Center for a New American Security (CNAS). “They use cyber to gain, we estimate, up to a third of [stolen crypto] funds to fund their missile program.”

“That’s a major issue, whether it’s attacks against cryptocurrency exchanges or use of information technology workers in various countries,” Neuberger said.

She added that North Korea’s expansion of its missile testing is a top priority for the U.S., which is taking multiple steps to counter Pyongyang’s cyber threats, including imposing sanctions against criminal groups and seizing stolen digital assets.

Nick Carlsen, a blockchain analyst at TRM Labs, said cyber-enabled financial crimes, especially those allegedly conducted by North Korea, have accelerated over the past few years as the East Asian country has become more sophisticated in stealing virtual currency.

“The threat landscape right now is as bad as I think it has ever been when it comes to financial theft,” Carlsen said during a webinar hosted by the Center for a New American Security on Monday.

Carlsen was referring to a string of crypto heists this year involving hackers stealing millions of dollars worth of digital assets from blockchain firms.

Meta is shifting to adapt to a changing climate for tech with product updates and a focus on virtual reality.

But the company is facing a battle on all fronts as it vies to maintain its status — working to convince consumers and investors to embrace CEO Mark Zuckerberg’s vision for the company’s future while confronting a Federal Trade Commission (FTC) intent on mitigating Meta’s market power, increasing competition from platforms such as TikTok, industry changes impeding ad revenue and the looming threat of a recession.

Zuckerberg told investors at the end of July the company is focused on riding two “major technological waves” — artificial intelligence (AI) and the metaverse.

The focus on AI is leading to more short-term changes, including updates to push recommended content on Instagram and Facebook. The focus on the metaverse is part of a more long term initiative the company is continuing to invest in.

“Today is a day for builders. Today America is delivering,” Biden said at the bill signing event at the White House. “And I, honest to God, believe that 50, 75, 100 years from now, people who will look back on this week, they’ll know that we met this moment.”

Micron’s investment: The same day as executives at Micron and other chipmakers joined the president at the signing of the CHIPS and Science Act, Micron Technology said it plans to invest $40 billion in U.S. semiconductor manufacturing after Congress approved massive chip subsidies.

The Boise, Idaho-based chipmaker said that the investment will create 40,000 new jobs including 5,000 highly paid technical and operational roles and bring the “world’s most advanced memory manufacturing” to the U.S.

Snapchat will allow parents to view who their teen users are connecting with on the app without viewing the content of the messages, the company said in a blog post Tuesday.

The feature is under the new Family Center on the app, and comes after increased scrutiny from lawmakers over youth safety on Snapchat and other apps.

Through the Family Center, parents can see who their teen users are friends with and communicating with, but it does not let them view the substance of the conversations.

Snapchat said the tool is designed to “reflect the way that parents engage with their teens in the real world, where parents usually know who their teens are friends with and when they are hanging out – but don’t eavesdrop on their private conversations.”

REMOTE VOTING IS HERE TO STAY, FOR NOW

Speaker Nancy Pelosi (D-Calif.) extended remote voting for House members on Tuesday, allowing lawmakers to vote by proxy until the end of September.

In a letter to colleagues, Pelosi said House members will be permitted to vote by proxy through Sept. 26 because of the COVID-19 pandemic.

“In light of the attached notification by the Sergeant-at-Arms, in consultation with the Office of Attending Physician, that a public health emergency is in effect due to a novel coronavirus, I am hereby extending the “covered period” designated on January 4, 2021, pursuant to section 3(s) of House Resolution 8, until September 26, 2022,” Pelosi wrote in the letter.

An op-ed to chew on: Intelligent life in the universe may be extremely rare — we should look for it anyway

Notable links from around the web:

Hillary Clinton is poking fun at Donald Trump, highlighting her “But Her Emails” merchandise in the wake of the FBI executing a search warrant on the former president’s Florida home.

“Every ‘But her emails’ hat or shirt sold helps [Onward Together] partners defend democracy, build a progressive bench, and fight for our values,” the former secretary of State wrote on Twitter on Tuesday.

The tweet came the morning after Trump said in a Monday night statement, “My beautiful home Mar A Lago in Palm Beach, Fla., is currently under siege, raided and occupied by a large group of FBI agents.”

That’s it for today, thanks for reading. Check out The Hill’s Technology and Cybersecurity pages for the latest news and coverage. We’ll see you tomorrow.