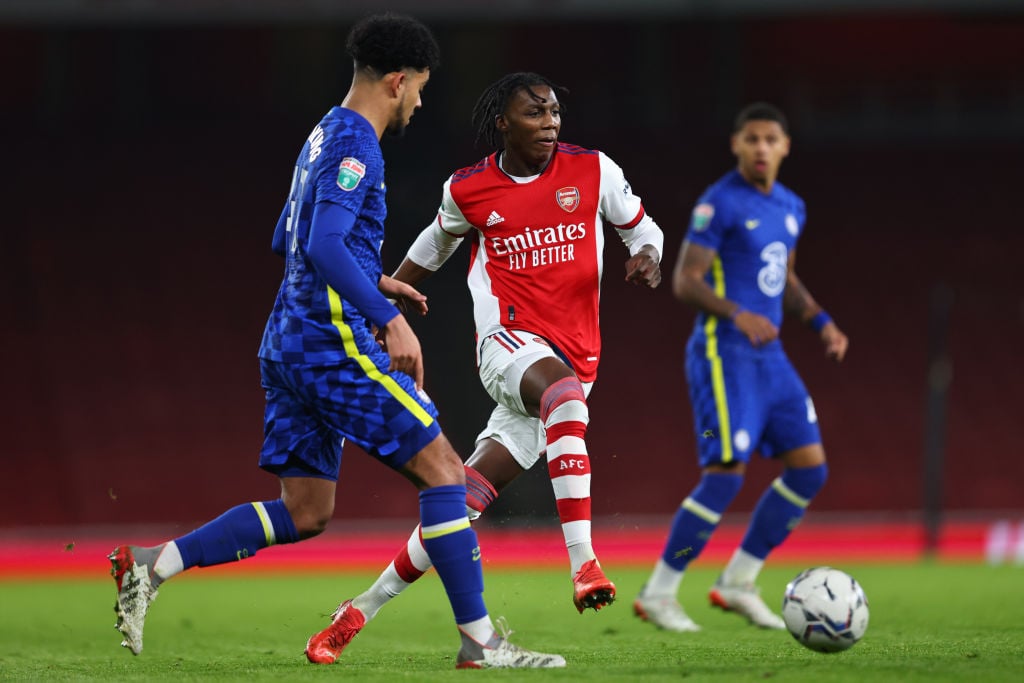 Arsenal’s Brooke Norton-Cuffy snubbed Tottenham as a kid having been on trial with both clubs after leaving Chelsea.

Arsenal have some real talent coming through their Hale End academy.

We have already seen that with Bukayo Saka, Emile Smith Rowe and Eddie Nketiah in the first-team picture.

There should be more to come though with Charlie Patino, Folarin Balogun and Khayon Edwards emerging.

There will be high hopes for right back Norton-Cuffy too, but it all could have been so different.

Norton-Cuffy, 18, actually started in the Chelsea ranks before heading to Arsenal back in 2016.

The right back spent the second half of last season on loan at Lincoln City and turned in some hugely impressive performances.

Strong, athletic and smart with the way he passes and carries the ball forward, Norton-Cuffy has plenty to be excited about.

Another loan move this season looks likely for Norton-Cuffy, most likely to a Championship club to continue his development.

Arsenal may well have their right back of the future on the books already but he may have ended up at Tottenham some years ago.

Norton-Cuffy has spoken to The Beautiful Game podcast and admitted that he went on trial with Tottenham and Liverpool after leaving Chelsea.

Norton-Cuffy noted that he remembers his Tottenham trial well but he brushed off all other offers in favour of Arsenal as he loved their environment.

“I went on trial at Tottenham, I remember that trial, and I just ended up choosing Arsenal. I just liked the way Arsenal was; I liked the environment, I liked the coaches, I liked the players, so I kind of brushed off all the other clubs. My dad was like ‘try this club, try this club,’ but I liked Arsenal,” he added.

It’s almost a rite of passage for Arsenal talents to have done some training at Tottenham; Bukayo Saka and Emile Smith Rowe have admitted as much in the past.

Both players have become Arsenal stars and Norton-Cuffy will be hoping to do the same in the coming years.

In other news, Report: Tottenham dealt blow in race to sign £17m target likened to Bale