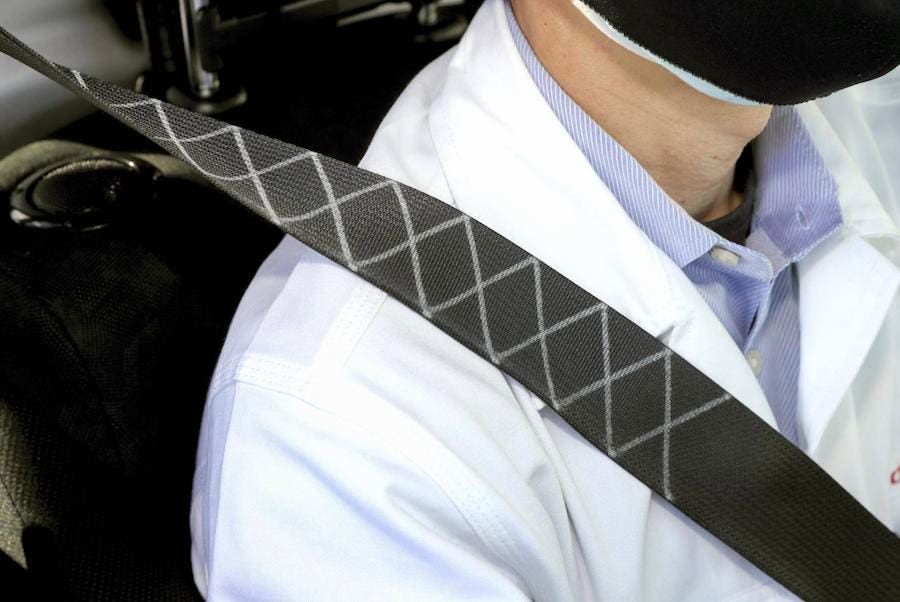 Honda has a new safety target: zero road fatalities by 2050. And to make that happen, the carmaker is integrating artificial intelligence into its upcoming vehicles to warn drivers of traffic hazards and help them stay clear of accidents caused by driver error.

Honda’s AI-powered driver assistance technology, which was revealed this week in Japan, checks a driver’s actions and health by using a cockpit-mounted camera and sensors.

Honda reported it is proposing to incorporate its world-first technology, including features that warn against potential risks by tightening the driver’s seatbelt or emitting audible sounds, into its vehicle lineup in the second half of the 2020s.

An automatic seatbelt tightening mechanism shown at a practical display at the brand’s Tochigi proving grounds, will inform drivers of pedestrians ahead of the car. Other technology revealed that if a driver tries to change lanes as a second car approached from behind, the car will sound an alert through speakers.

Over the last five years, Japan has seen a sharp increase in traffic accidents caused by senior drivers mistaking the accelerator for the brake, leading to local car manufacturers boosting development of safety features. All automakers are now focusing intensely on fitting emergency braking systems in attempts to counter the growing driver misapplications of the country’s aging population.

Japan has seen fatalities from traffic accidents decline in recent years while accidents caused by senior drivers are on the rise. Fatalities for 2020 were 2,839, the lowest number since the National Police Agency started collecting data in 1948.

Honda is also co-developing a feature with mobile phone carrier SoftBank Corp. that connects drivers, cyclists and pedestrians through a bespoke telecommunication network. Information gathered from in-car cameras and cameras located at strategic traffic locations will be used to predict potentially dangerous traffic conditions using AI, while drivers will be alerted at hazards.

“For the realization of a collision-free society where all road users care for each other and the freedom of mobility becomes possible, we will further accelerate our industry-wide and public-private initiatives,” said Keiji Otsu, head of Honda R&D Co.