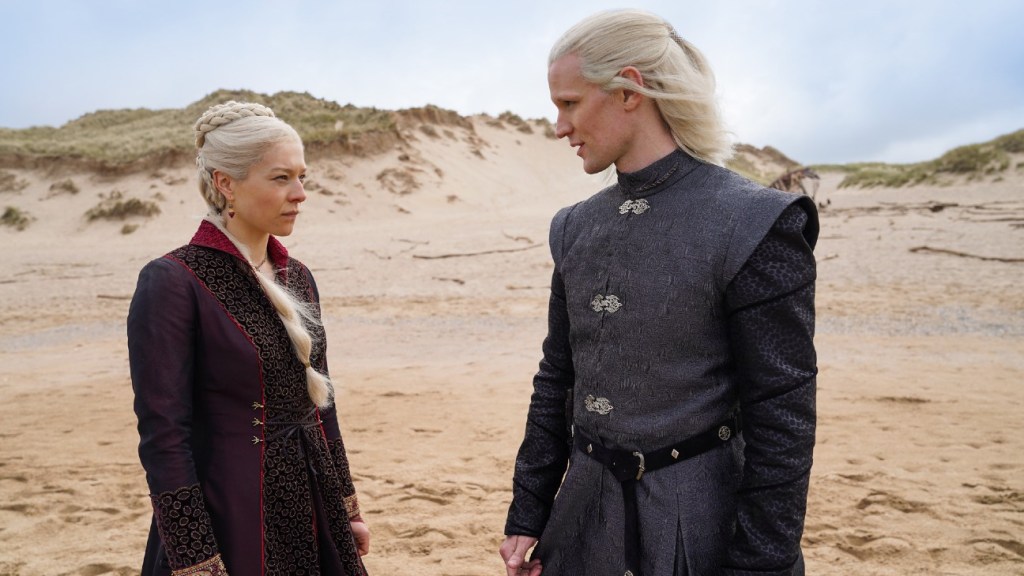 Matt Smith admits to having wondered whether HBO’s highly anticipated series House of the Dragon is a bit steamier than necessary.

In a new interview with British Rolling Stone, the actor, who plays Prince Daemon Targaryen, discussed the sex scenes in the Game of Thrones prequel series that is based on parts of George R.R. Martin’s 2018 novel Fire & Blood. HBO’s Emmy-winning Thrones, which signed off in May 2019 after eight highly rated seasons, previously spurred debate over its own sexualized content.

“You do find yourself asking, ‘Do we need another sex scene?’” Smith said about House of the Dragon, premiering Aug. 21. “And they’re like, ‘Yeah, we do.’ I guess you have to ask yourself: ‘What are you doing? Are you representing the books, or are you diluting the books to represent the time [we’re living in]?’ And I actually think it’s your job to represent the books truthfully and honestly, as they were written.”

Smith, who said he had read some but not all of the lengthy Fire & Blood, was asked whether his character has a fair share of sexy scenes. “Yeah — slightly too much, if you ask me,” the Doctor Who alum replied with a laugh.

During the interview, Smith also discussed the reception of his recent film Morbius, the big-screen take on the Marvel comics antihero that hit theaters in April and currently holds a 16 percent approval rating on Rotten Tomatoes.

“Yeah, it was thrown under the bus,” he said about the Jared Leto-starring movie. “But you just have to roll with it. What else are you gonna do? It’s a film, at the end of the day; we’re not saving lives. For whatever reason, it didn’t quite work out and… It is what it is.”