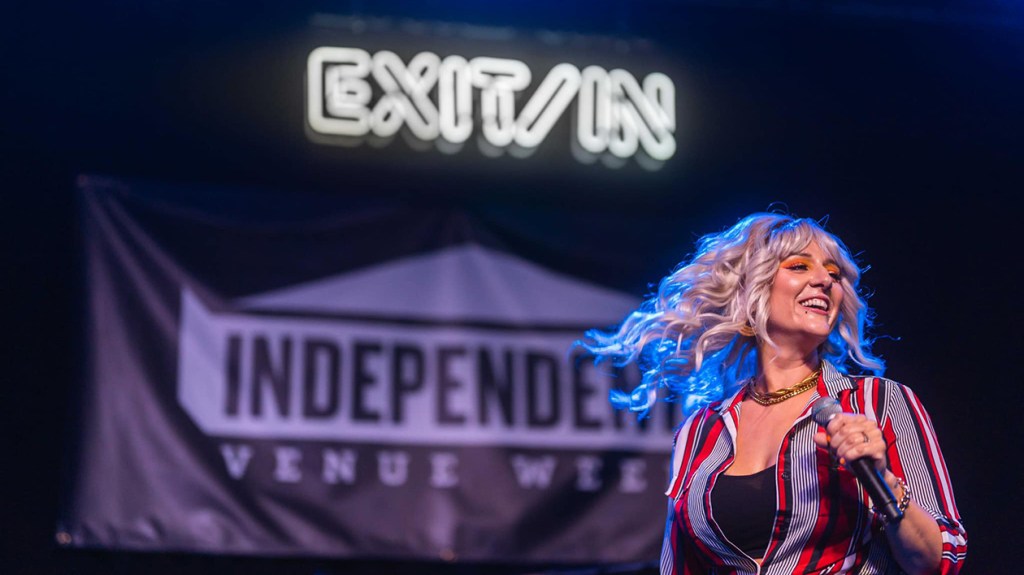 Starting Monday (July 11), Independent Venue Week in the U.S. kicked off its fifth annual event and its full return to in-person shows since 2019. The weeklong series of shows across all 50 states and Washington, D.C. is designed to encourage more fans to attend performances at independent venues and remind them of the cultural and economic impact these places bring to their neighborhoods, as well as to the overall music industry.

This year’s Independent Venue Week is the largest ever, with more than 400 participating venues hosting over 1,100 shows. But despite the record-breaking numbers for the event put on by marketing firm Marauder, many indie venues are still on a road to recovery after more than two years of a global pandemic. As COVID-19 rages on, these venues are continuing to see higher than normal no-show rates, struggling with rescheduled shows, COVID-related cancellations, rising costs for nearly everything and low consumer confidence due to myriad issues in the country, including gun violence.

High rates for no-shows – i.e. ticket holders who don’t ultimately attend the event – means less revenue from food & beverage, merchandise and parking. These ancillary revenue streams can often be the difference between a venue making a profit or losing funds. Indie venues are also seeing more walk-up ticket sales than usual, as consumers are finding it more difficult to make future plans given COVID-19’s continued impact on their health and safety, in addition to artist or venue cancellations.

Tobi Parks, owner of 250-capacity venue xBK Live in Des Moines, Iowa, says she continues to face artist cancellations and short staffing due to COVID as of this month. Additionally, smaller venues like xBK Live that focus on emerging acts are struggling with fans’ reluctance to spend freely on non-essentials.

“Folks have to risk their $10-$20 on something they may not necessarily know and given gas prices are like $6/gallon, people are a bit more risk averse,” says Parks.

This summer, venues are also competing with a backlog of tours. After two years of pandemic-impacted touring, artists are flooding the road to make up for lost revenue and the competition for fans’ dollars is steep. And it’s not just the competition within the music industry that is leading to lower ticket sales.

“There is so much pent-up stuff on people’s calendars,” says owner of Philadelphia’s World Café Live Hal Real. “We’re competing with family reunions, weddings, birthday celebrations and vacations that didn’t happen the last two years. Now, everybody is trying to do them all at once.”

Inflation and the rising cost of ticket prices and nearly everything else has also led to economic uncertainty for the common consumer in the U.S., which results in less disposable income to spend on concerts and nights out.

Real – whose hometown of Philadelphia just dealt with an active shooter on the Benjamin Franklin Parkway during the city’s Fourth of July concert and fireworks – says gun violence is also taking a toll on people’s willingness to go to large gatherings. “People are more concerned than ever about putting themselves in harm’s way,” he says.

While the economic impacts are still an issue for outdoor venues, they have faired slightly better in terms of virus concerns. The Aretha Franklin Amphitheatre in Detroit – one of the largest independent venues in the U.S. — has not seen high no-show rates and has benefited from its open-air setting.

“We are fortunate to be on an international waterway, so there is plenty of fresh air and I think people feel safe here while we’re still dealing with viruses,” says Shahida Mausi, owner of Right Productions which runs The Aretha.

The Aretha has also benefited greatly from The Right Productions’ involvement in the Black Promoters Collective. The collective began as a call where Black promoters could help one another through the pandemic, but has since turned into a business of six promoters buying major tours. In the first quarter of 2022, BPC promoted Maxwell’s The Night Tour with Anthony Hamilton and Joe, New Edition’s dates with Charlie Wilson and Jodeci, as well as dates for Patti Labelle. Those three runs alone grossed more than $60 million.

Independent venues are still in recovery mode even as new struggles arise, but the silver lining of the pandemic has been and will continue to be the collective voice and power indies have developed over the past two years. In addition to BPC, the National Independent Venue Association – which fought successfully for the $16.25 billion Shuttered Venue Operators Grant – was created and entities like Independent Venue Week have helped foster communication between small companies that previously saw themselves as competitors instead of collaborators.

“It is important that independent venues work with independent promoters and that we don’t go back into the silos we once were in,” says Mausi, who is also a member of NIVA and is participating in IVW. “We’ve seen some of the major benefits of working together, but I’m hoping that we won’t rest on our laurels and forget.”

Over the course of the pandemic, multiple collaborations have emerged from independent venue owners getting to know one another. Venue management platform VenuePilot is now run by multiple NIVA members and the network of independent venues and promoters, D Tour, has banded together to book multi-show deals throughout the country as well.

Independent Venue Week’s deep involvement with NIVA has also resulted in major increases over the past two years. Prior to the pandemic, the U.S. iteration of IVW hosted just over 200 shows in more than 80 venues. This year, the campaign has more than 5x as many shows with representation in every state in the country.

According to Marauder director of special events Cecilie Nielsen, participation, trust and communication between independent venues “has never been better,” adding “that is a direct outcome of what everyone’s been through the last two years and a half.”

Those two and a half years have been about survival and now IVW and NIVA are figuring out new ways to serve their members. NIVA’s foundation has shifted its efforts from fighting for government funding to using its Emergency Relief fund to help small venues with anything from leaky pipes to natural disasters. It is also working on diversifying the live music workforce and educational programming for members. This year’s IVW also began at the same time as NIVA’s first conference for independents by independents, which occurred from July 11-13 in Cleveland, Ohio.

See Tickets North America has been a sponsor of IVW since day one in the U.S. and was the first company to support NIVA at its inception. See Tickets North America CEO Boris Patronoff says the company will continue to be a partner because these entities impact the entire live music ecosystem. “The support of independent venues, the support of NIVA is critical because without them we don’t exist,” he says.

Patronoff is cautiously optimistic about the upcoming fall as are other members of board, staff and foundation like Real and Parks. The majority of rescheduled shows will be completed by the end of summer and ticket sales for future events are showing more promise.

“This is going to be a multi-year recovery,” says Real, but “we’re collectively excited about the future opportunities for all of us.”