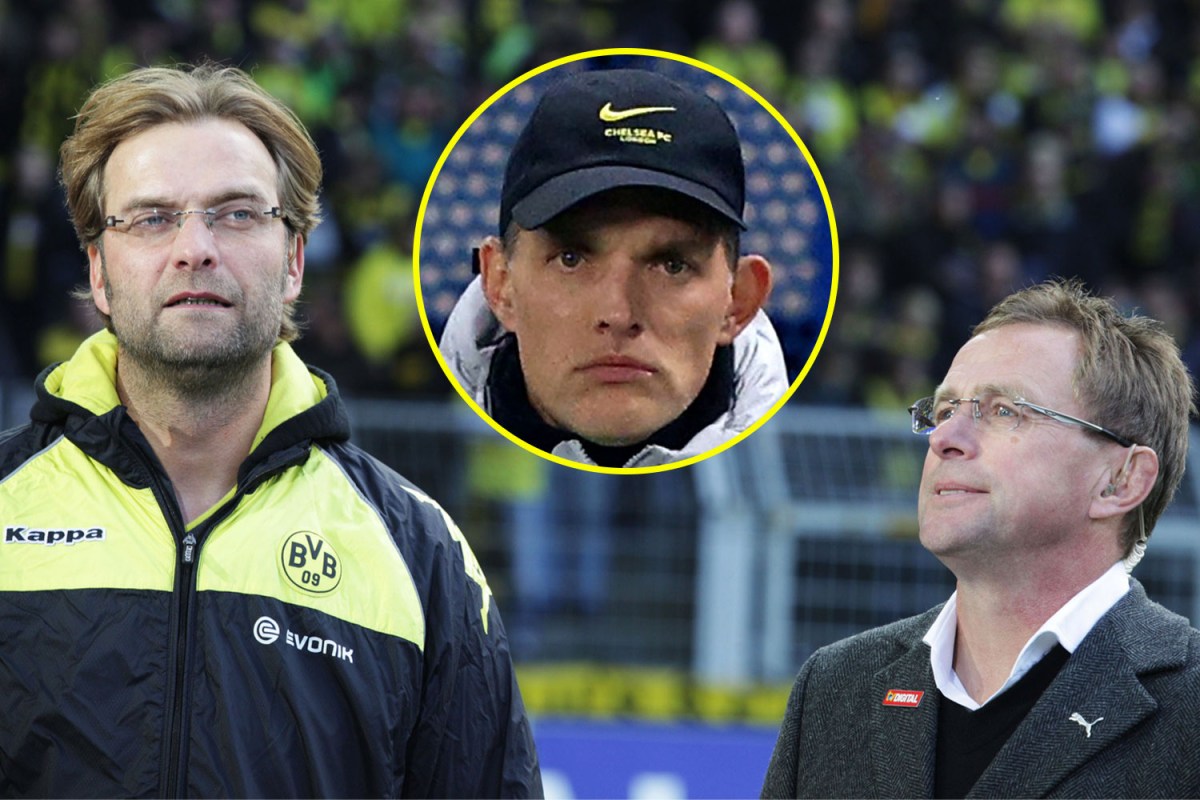 Gegenpressing is a relatively new concept for Premier League fans – and Manchester United have only ever been victims of it.

But their incoming interim manager, Ralf Rangnick, has been using the high-octane ball-recovery tactic since the 1980s.

In fact, Liverpool manager Jurgen Klopp and Chelsea boss Thomas Tuchel both credit the German with inspiring their own versions of gegenpressing, which have put the Red Devils to shame this season.

If anyone can organise United’s deeply talented squad into something closer to the Premier League’s elite, it’s Rangnick, the man Klopp once described as the best German coach around.

United are getting the originator of heavy metal football: forward passes only and hunt down the opposition like players possessed.

Besides being a revolutionary tactician, the former RB Salzburg and RB Leipzig chief understands the nuances of English football, or as we so eloquently put it, getting stuck in.

After all, Rangnick began his football journey playing non-league on boggy pitches for Southwick, while studying at the University of Sussex, breaking three ribs and puncturing a lung.

Having quickly given up on dreams to becoming a professional, he turned to coaching at his local club FC Viktoria Backnang.

And it was there where the 63-year-old discovered his famed philosophy, during a match against Dynamo Kiev in 1983:

Rangnick once recalled: “Dynamo Kiev, the team of legendary coach Valeriy Lobanovskyi, were staying in a nearby training centre and needed easy opposition for a friendly.

“A few minutes in, when the ball had gone out for a throw-in, I had to stop and count their players. Did they have 13 or 14 men on the pitch?

“I had played against top teams before – we always lost against them, of course – but they had at least given you the occasional moment of breathing space. Kiev were the first team I had ever come up against who systematically pressed the ball.

“That was my football epiphany. I understood that there was a different way of playing.”

Rangnick would take his tactics through the various divisions in Germany, eventually ending up in the Bundesliga with Stuttgart by 1999.

But before that, the German would coach a young Tuchel at SSV Ulm in the third tier.

While Tuchel’s career as a defender was cut short by a serious knee injury at 24, his time under Rangnick proved valuable.

Rangnick recently told The Times: “Thomas became a coach through me.

“He was my player at Ulm and had to finish his career because of knee problems. I gave him a job as our under-15 coach. He didn’t even intend being a coach, he was working at a bar in Stuttgart.

“If you watch Chelsea now you see a mutual plan for when they have the ball or the other team have the ball. Thomas is tactically on a very sophisticated level.

“Zsolt Low [Tuchel’s No 2] was my player and assistant coach at Leipzig and plays a vital role in his staff and you can see from the way he interacts with players Thomas also has great leadership skills.”

Rangnick achieved mixed success at Stuttgart, Hannover, Schalke and Hoffenheim – but perhaps it’s Liverpool who benefited most from his decades in Germany.

His Hoffenheim side hammered Klopp’s Dortmund 4-1 in 2008, after which the current Reds boss said: “We need to get to where they are now.”

The two managers go way back – and Klopp even phoned Rangnick for advice before being appointed at Mainz in 2001.

Rangnick told Coaches Voice in 2018: “I was honoured when Klopp suggested that I might be the best German coach. He and I have known each other for over 20 years, and we certainly appreciate one another.

“It’s common knowledge that we have a pretty similar idea of how football should be played, and I think that this is the reason he said those nice things about me.

“My Hoffenheim team played against Jurgen’s Borussia Dortmund back in 2008. We beat them 4-1 and Jurgen (below) said a week later, before his next game, that our style was exactly the kind of football that he wanted to play with Dortmund.

“Within two years, he had transformed the team and had them playing with that style of play – and, eventually, there came success. They won two consecutive Bundesliga titles – in 2011 and 2012 – as well as the German Cup in 2012.

“The style we both like is a very proactive kind of football. It’s high-pressing, counter-pressing football with fast, proactive counter-attacking.

“Success is most important, but football is also about entertainment.”

English football fans will know him best for his recent work at the Red Bull clubs.

Both Salzburg and Leipzig would thrive after the German took up his role as director of football in 2012, using his ‘three Cs’ to inspire success.

“Capital is a limited-success factor. Alone, it is far from enough. What’s more, concept and competence, if you use them well, will generate capital,” Rangnick said.

“The three Cs go together, hand in hand – and the chances of real success increase if all three Cs come together.”

Ole Gunnar Solskjaer was often criticised for a lack of clear direction – and one thing is certain: United will know exactly what to do under Rangnick.

Now it’s up to the players to make it work.