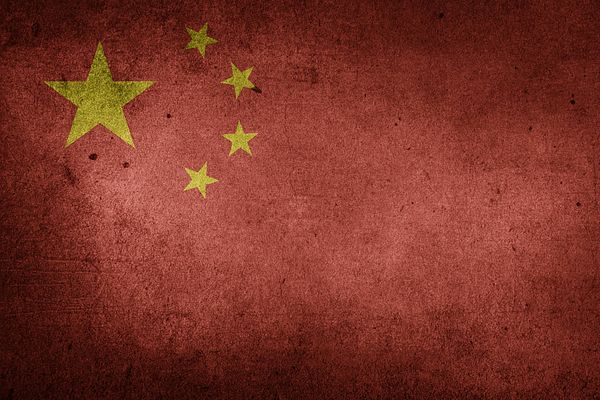 In January, China announced its population statistics for 2021, with a net gain of 480,000 for the year. Although this is greater than the entire population of 61 other countries, it represents China’s slowest increase since 1960, when Mao Zedong’s “Great Leap Forward” famine killed tens of millions of Chinese people. Paramount leader Xi Jinping is pushing reforms to encourage fertility, but China’s population growth seems destined to stall for some time.

Beyond this story, however, there is an important question about China’s statistics that most reporting never addresses: Absent independent verification, how reliable are they?

One clue emerged last year. When China announced the results of its decennial census in May 2021, the South China Morning Post published this curious passage:

According to the seventh national population census conducted at the end of last year, China’s overall population rose to 1.412 billion in 2020, from 1.4 billion a year earlier, the National Bureau of Statistics (NBS) confirmed at an eagerly awaited press conference in Beijing. … Chinese mothers gave birth to 12 million babies last year, down from 14.65 million in 2019, the NBS confirmed, marking an 18 percent decline year on year and continuing the descent to a near six-decade low.

At some level, this might appear reasonable: 1.4 billion 2019 population + 12 million births = 1.412 billion population total (although the number of decimal places leaves some room for speculation). But of course people die too, a fact that was particularly salient in 2020. We might ask whether enough people had immigrated to China to offset the deaths, but Beijing’s restrictive COVID-19 regulations, tight immigration control, and increasingly unwelcoming environment make that possibility remote. In this light, the idea that China’s population increased by its number of births is absurd. Moreover, it hardly seems coincidental that such population data irregularities would pop up during a year when China’s government was manipulating ground facts to control perceptions of its anti-COVID-19 campaign.

The birth figure of 12 million seems to have come from a press conference with Ning Jizhe, director of the National Bureau of Statistics of China and chairman of the State Council’s Leading Small Group for the 7th National Population Census. But nothing at that conference explained how the total population growth for 2020 might equal the number of births. Occam’s Razor suggests that COVID-19’s toll on China is a topic so sensitive Beijing is hesitant to concede anyone died at all, or at least that (absent a clear party line) its statistics are in some disarray. This is reminiscent of the initial refusal by official sources to acknowledge the death of whistleblower Dr. Li Wenliang, causing some to remark that China’s government had refused him permission to die.

Particularly notable in this statistical confusion is that both the New York Times and the Wall Street Journal have reported these anomalous 2020 statistics without question, apparently from the same sources linked above.

Beijing’s murky 2020 census is no outlier. Anyone studying China should be aware that, at the most basic level, Beijing’s official data are subject to the whims of the Chinese Community Party (CCP). There is simply no independent verification of Chinese government statistics. In everything from COVID-19 cases and deaths to the size of the Uyghur population and macroeconomic statistics, the Chinese government is the only player producing these data, and a highly interested one at that.

The CCP’s most famous statistical distortion was perhaps during Mao’s Great Leap Forward campaign, when provincial officials insisted on keeping their granaries full to show the harvest surplus supposedly brought about by miraculous communal farming techniques. Sadly, withholding food during years of poor harvests (due to both lack of rain and Mao’s mad programs) caused a famine leading to the deaths of tens of millions of people. Whether inventing a surplus or hiding the deaths of millions, party officials high and low showed no compunction about fabricating their statistics.

This is not to say Beijing’s statistics today are pure fiction. There seems to be a sense in the China-watching community that China’s economic data, although likely to be somewhat inaccurate, still faithfully reflects real trends. Some inaccuracies may not be due to ill intent. In the first place, it is not practical to track all data (although the Chinese government does seem inclined to pursue this maximal goal). There are other data as well that individuals are actively hiding, and even using the government’s authority to do so. However, we should expect that the central government consolidates a large amount of what it considers “ground truth” information, while being aware that certain aspects remain obscure.

Finally, there are the statistics that Beijing releases, such as those of the National Bureau of Statistics. There should be no doubt these data reflect the narrative Beijing wishes to convey. In ordinary times, this may require little or no manipulation. Even in a crisis, these data must have a degree of truth to match individuals’ observations and quiet their suspicions. However, we should not be surprised that Beijing would fudge its data if it perceived doing so as necessary or advantageous. The hope has been that after Mao’s reign of terror a more open China would provide better statistics. Perhaps it has, but as COVID-19 has shown, the motive and means to misrepresent data remain.

In providing an obviously faulty statistic for China’s population, it is possible the statistics chief simply made a mistake. My experience with the CCP and PRC suggest this is unlikely: its apparatchiks tend toward the punctilious. It is more likely there was some confusion as to the desired statistic and the director attempted to paper over it. Whatever the answer, as lawmakers, regulators, and business people implement the Uyghur Forced Labor Prevention Act and other important protective measures, they should take PRC statistics with a healthy serving of salt.

Thank you to my colleague Mr. Roman Pyatkov for pointing out this statistical inconsistency to me.