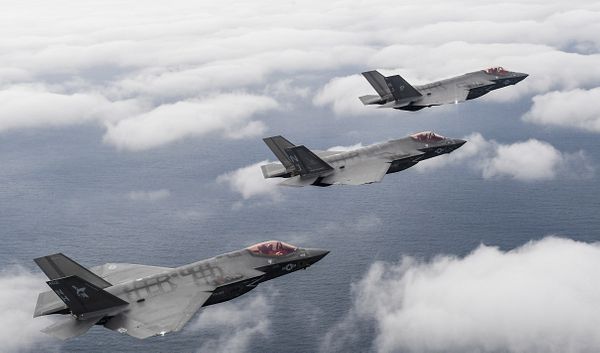 The U.S. military and its civilian leaders are overemphasizing militarized responses to what is largely an economic and diplomatic challenge.

The hot topic in Washington these days has been the worsening “New Cold War” with China. The signs are hard to ignore: the amplification of China’s space programs, the augmentation of its nuclear arsenal, and – most disturbingly – its encroachment on Taiwan and other neighbors in the contested South China Sea.

From regional spheres of competition in Africa – the continent with the fastest-growing population and GDP – to nuclear arsenal sizing and posture, Beijing consistently spearheads economic (and far more economical) strategies in this new “Great Game.” Meanwhile, Washington stumbles and falls further behind by attempting military solutions that hardly ever solve much of anything, which should be exceedingly obvious after 20-plus years of interminable and often counterproductive global wars.

At this rate, 2022 might feel a lot like 1952, as the world, once again, witnesses two global superpowers locking ideological horns in their battle for economic and technological dominance. Echoes of Soviet conflicts past are felt in CIA director William J. Burns’ recent words, when he stated that “the most important geopolitical threat we face in the 21st century [is] an increasingly adversarial Chinese government.”

The U.S. military and its civilian leaders are already waging this “New Cold War” wrong; particularly, by overemphasizing militarized responses to what’s largely an economic and diplomatic challenge. Meanwhile China, despite the unsurprising modernization of its military arsenal, focuses on the very opposite.

In response to these rising tensions, the U.S. Congress passed the National Defense Authorization Act (NDAA), including a special section that specifically targets China for containment or challenge. The United States, it seems, is eager to put China in its place, even as China’s place in the world – for better or worse – continues to expand at a steady pace.

Maybe the key American misstep is in its overreliance on hyper-expensive legacy weapons – aircraft carriers, unusable and redundant nuclear missiles (as an aside, the U.S. nuclear arsenal outstrips China’s by a ratio of 15:1), over-budget and underperforming F-35 fighter jets – that don’t actually change the strategic calculus or protect U.S. interests and citizens. Who does benefit, however, are the war-profiteering corporate defense contractors who eagerly produce these money-gobbling systems as America drifts toward long-term defeat in the Pacific.

Perhaps that’s purposeful: a venal system by design producing a national security budget and strategy that doesn’t offer us much security. If so, exhibit A is certainly the United States’ current China policy.

All this sets aside obvious and, no doubt, valuable debates about the need for geopolitical competition with a rising China. Ours, after all, is a time when the true threats to national (and international) security – like climate catastrophe and the widespread pandemic – require global cooperation, or at least coexistence.

Nevertheless, assuming that China must be checked or contained, current U.S. strategy and spending are decidedly non-strategic. That failing formula and counterintuitive calculus can never change until the corporate greed underpinning the defense budget is truly challenged – and replaced with more modest, more practical spending that strengthens the United States’ economic foundations and actually secures its interests and those of its citizens.