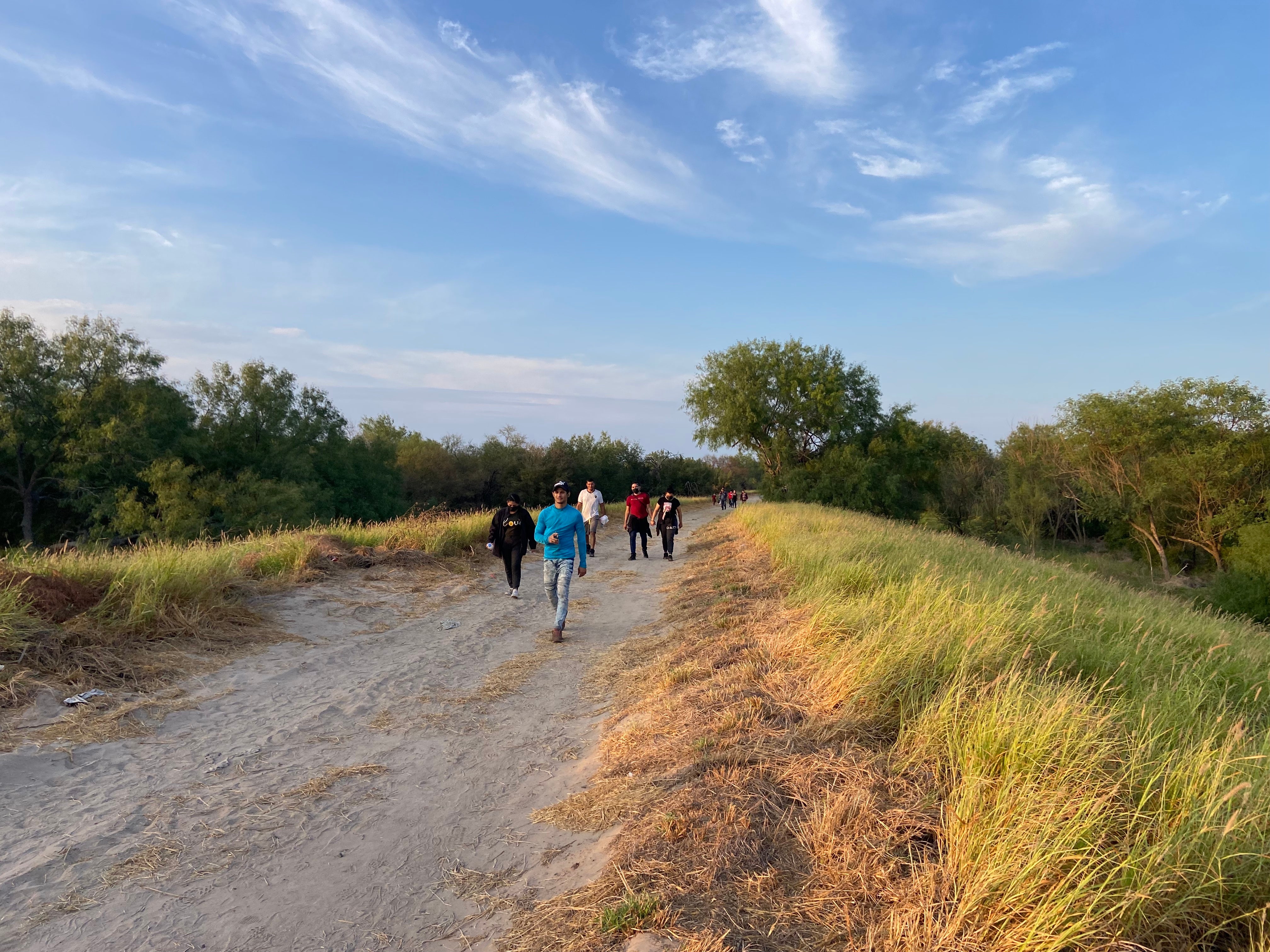 LA JOYA, Texas – There simply are not enough Border Patrol agents to process the thousands of illegal immigrants crossing the southwestern border every day.

In La Grulla, Texas, early Thursday morning, Border Patrol encountered a group of nearly 300 people crossing into the U.S. illegally. Just over 100 of those were unaccompanied children.

Less than 15 miles away in La Joya, Fox News embedded with the Texas Department of Public Safety Thursday morning and witnessed around 100 people in about two hours walking toward a ballpark where just a handful of Border Patrol agents were present to process them.

Lt. Chris Olivarez with the Texas Department of Public Safety (DPS) stopped a group of migrants and asked “Hay más gente? Are there more people?”

Yes, they said. Most of them were children.

People who crossed the U.S.-Mexico border illegally search for Border Patrol in La Joya, Texas. Families and unaccompanied children in this area often turn themselves in.
(Fox News/Ashley Soriano)

“De donde son ustedes? Where are they from?”

“Cuántos años tienes? How old are you?”

“They say they haven’t eaten in about two or three days,” Lt. Olivarez said of the girl who was with another girl and a boy.

DPS officers have been assisting Border Patrol under Operation Lone Star for 16 months.

In that time, they have apprehended some 279,000 illegal immigrants, arrested 17,000 criminals and seized 319.5 million deadly doses of fentanyl.

“Every state has become a border state,” Olivarez said. “Aside from the families, the single adults, the got-aways, the drugs that are coming in are going to other states. They’re not staying in Texas.”

Human smugglers have told families and unaccompanied children to look for Border Patrol and give themselves up.

Most have been wearing colored wristbands that read “Llegadas,” meaning arrivals, or “Entregas,” meaning deliveries.

The wristbands have helped the cartels keep track of the migrants and their payments for smuggling them, “something that we have never seen in prior years,” Olivarez said. “The immigrants are told once they make landfall to discard these bracelets.”

One eight-year-old girl traveling by herself said she came to the U.S. because the gang members have been dangerous in her home country of Honduras. She had no food and hardly any water.

As law enforcement focuses efforts on the children and families, single adults trying to evade police and those smuggling drugs are able to do so more easily.

Two weeks ago, 53 migrants were found dead in the back of a tractor-trailer in San Antonio.

“They tied up pretty much an overwhelming number of Border Patrol agents that were deployed to that area, so you even had checkpoints that were unmanned,” Olivarez said. “That was a perfect opportunity for the criminal organizations to smuggle in people and also smuggle drugs.”

Ashley Soriano joined Fox News in 2021 as a multimedia reporter based in Las Vegas.