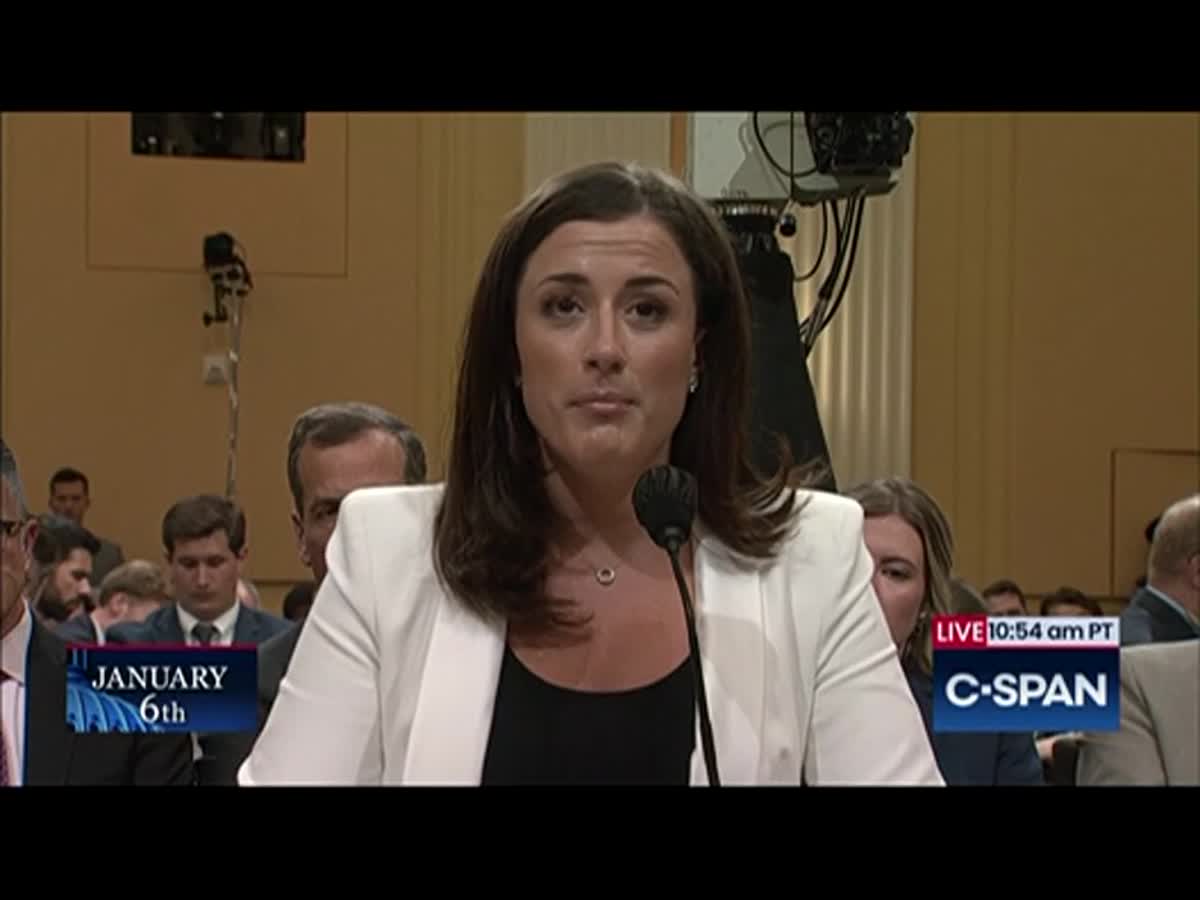 Hutchinson relayed that Trump had “a very strong and very angry response” to being told by Secret Service agent Bobby Engel that it was not safe enough to go to the Capitol on January 6, 2021.

Presumably, Trump intended to go to the Capitol to try to stop the certification of the 2020 presidential election.

Trump was so angry at being refused, he got violent. Hutchinson testified about Trump’s shocking behavior to the committee, as told to her by Secret Service agent Tony Ornato:

HUTCHINSON: The president reached up towards the front of the vehicle to grab at the steering wheel. Mr. Engel grabbed his arm, said, “Sir, you need to take your hand off the steering wheel, we’re going back to the West Wing, we’re not going to the Capitol.”

Mr. Trump then used his free hand to lunge toward Bobby Engel. When Mr. Ornato recounted the story to me, he had motioned towards his clavicles.

Hutchinson was not in the presidential limo during this incident but questioner Rep. Liz Cheney elicited information to confirm that it was the truth. Hutchinson testified that Engel was in the room when Ornato relayed what happened and that neither Engel nor Ornato had ever corrected or disagreed with any part of the story.

But wait, there’s more! It seems that Trump is in the habit of throwing dishes when he’s crossed, too. From The Washington Post:

Hutchinson was also in the room on Dec. 1, 2020, when Trump learned that his then-attorney general, William P. Barr, said in an interview with the Associated Press that there was no evidence of widespread election fraud that would call into question President Biden’s win.

“I remember hearing noise coming from down the hallway, so I poked my head out of the office,” Hutchinson testified. She said she saw the White House valet inside the dining room, changing the tablecloth on the dining room table. “He motioned for me to come in, and then pointed toward the front of the room, near the fireplace mantle, where I first noticed there was ketchup dripping down the wall and there’s a shattered porcelain plate on the floor.”

She went on: “The valet had articulated that the president was extremely angry at the attorney general’s AP interview and had thrown his lunch against the wall.” Under questioning from Cheney, Hutchinson said this was not the first time the president had thrown dishes when he was mad.

Is anyone really surprised that a guy who boasted about grabbing women by the p***y would have been violent in other ways, too?

UPDATE: The Secret Service says it plans to respond to the testimony. From CBS News:

[A] source close to the Secret Service confirmed to CBS News that Engel and the driver are prepared to testify under oath that neither man was physically attacked or assaulted by Trump and that the former president never lunged for the steering wheel of the vehicle.

The Secret Service officials do not dispute that Trump was irate or that he demanded to be taken to the Capitol, in the language that Hutchinson related to the committee.