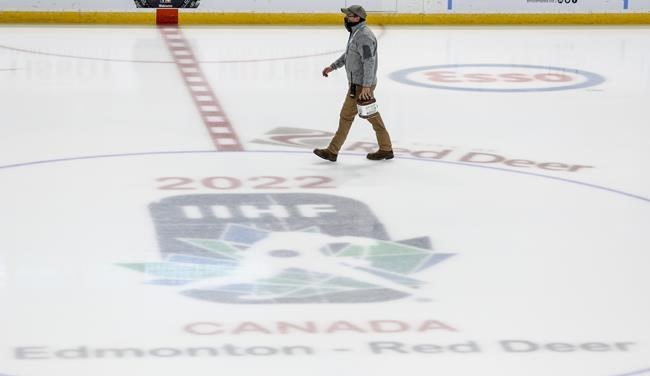 ZURICH — The International Ice Hockey Federation has rescheduled the 2022 world junior championship for mid-August in Edmonton.

ZURICH — The International Ice Hockey Federation has rescheduled the 2022 world junior championship for mid-August in Edmonton.

The under-20 men’s tournament was originally scheduled to be played over the Christmas holiday season, but it was cancelled on Dec. 29 – after just four days of competition – due to COVID-19.

The event is now set for Aug. 9-20 at Rogers Place, the IIHF said Saturday on its website.

Canada will play in Group B with Finland, Czechia, Slovakia and Latvia. The defending champion Americans are in Group A with Sweden, Germany, Switzerland and Austria.

Results from games played last December will not count toward the standings. The same age group of players will be eligible, the IIHF said.

Also Saturday, the IIHF approved the move of the 2022 U18 women’s world championship from Sweden to the United States in June. Details on dates and venues have yet to be released.

The event was originally scheduled for January in Linkoping and Mjolby, Sweden, but was not played due to COVID-19.

This report by The Canadian Press was first published March 19, 2022.