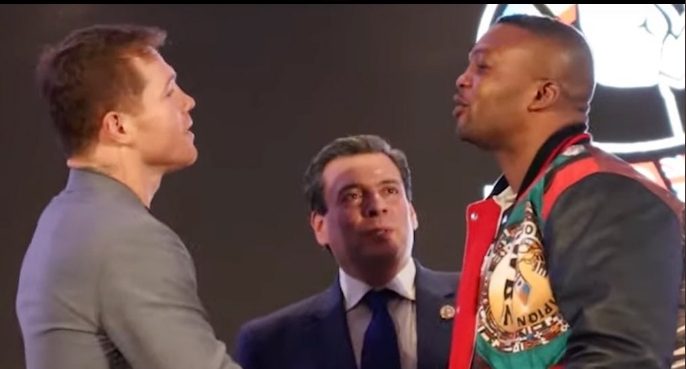 Saul ‘Canelo’ Alvarez is only willing to move up to 180lbs in his bid to dethrone Ilunga Makabu and become cruiserweight world champion.

The undisputed super-middleweight world champion cemented his legacy as the pound-for-pound best in the world with a dominant stoppage of Caleb Plant to take the last remaining belt at 169lbs.

In a spectacular 12-month sweep, the Mexican collected the WBA and Ring Magazine belts from Callum Smith, defended the WBC title against Avni Yildirim, took the WBO strap from Billy Joe Saunders and then finally Plant’s IBF strap.

It is difficult to think of a more ruthless or dominant reign of a champion in recent history, with Canelo no longer tied down to a promoter or a broadcaster and not willing to let boxing politics to impede him.

At the WBC Convention in Mexico City, the 31-year-old was granted his wish to face cruiserweight champion Makabu to embellish his legacy to try and become a six-weight world champion.

And although he wants to remain relatively light so he can move back down to light-heavyweight, Canelo admits he will still give away two stone when he fights the Congolese champion in May 2022.

“I’m a very smart fighter,” he said at the 59th WBC annual convention.

“I believe in my power and my skills, so this is why we’re going to try [to win the title at cruiserweight]. It’s a great challenge and a question of twenty kilos.

“It’s a fifty/fifty challenge, but I feel very strong. I love challenges and making history.

“That’s why I’m here, and I like this challenge. We will see if it is the most difficult challenge of my career on that day.”

Makabu was knocked out by Tony Bellew in 2016 at Goodison Park, but has since clawed his way back to title contention and remains one of the division’s most dangerous fighters by winning nine on the bounce.

While there may be a discrepancy in skill level, Makabu is a natural cruiserweight at six foot and punches hard – breaking Bellew’s nose in the first round at Everton’s home.

The 34-year-old southpaw could not quite believe his luck that the fight was made and is ready to take on boxing’s most lucrative fighter.

“Yes, I accept the fight,” he said at the convention. “When I got this news from my manager and (WBC President Mauricio Sulaiman), I said, ‘Wow! This is something good.’

“Canelo is the best boxer on the planet right now. So, I want to fight the best, and I accept, but there will be no catchweight for this fight.

“I think Canelo is making a big mistake, which he is going to regret. Canelo wants to prove to people that he can do better than others and I am quite prepared to let Canelo try for this dream, but I‘ve got my also story to write down.

“Yes, this is boxing. I lost to Tony Bellew, but I came back. Now I’m telling you 100 percent, I will knock out Canelo.”