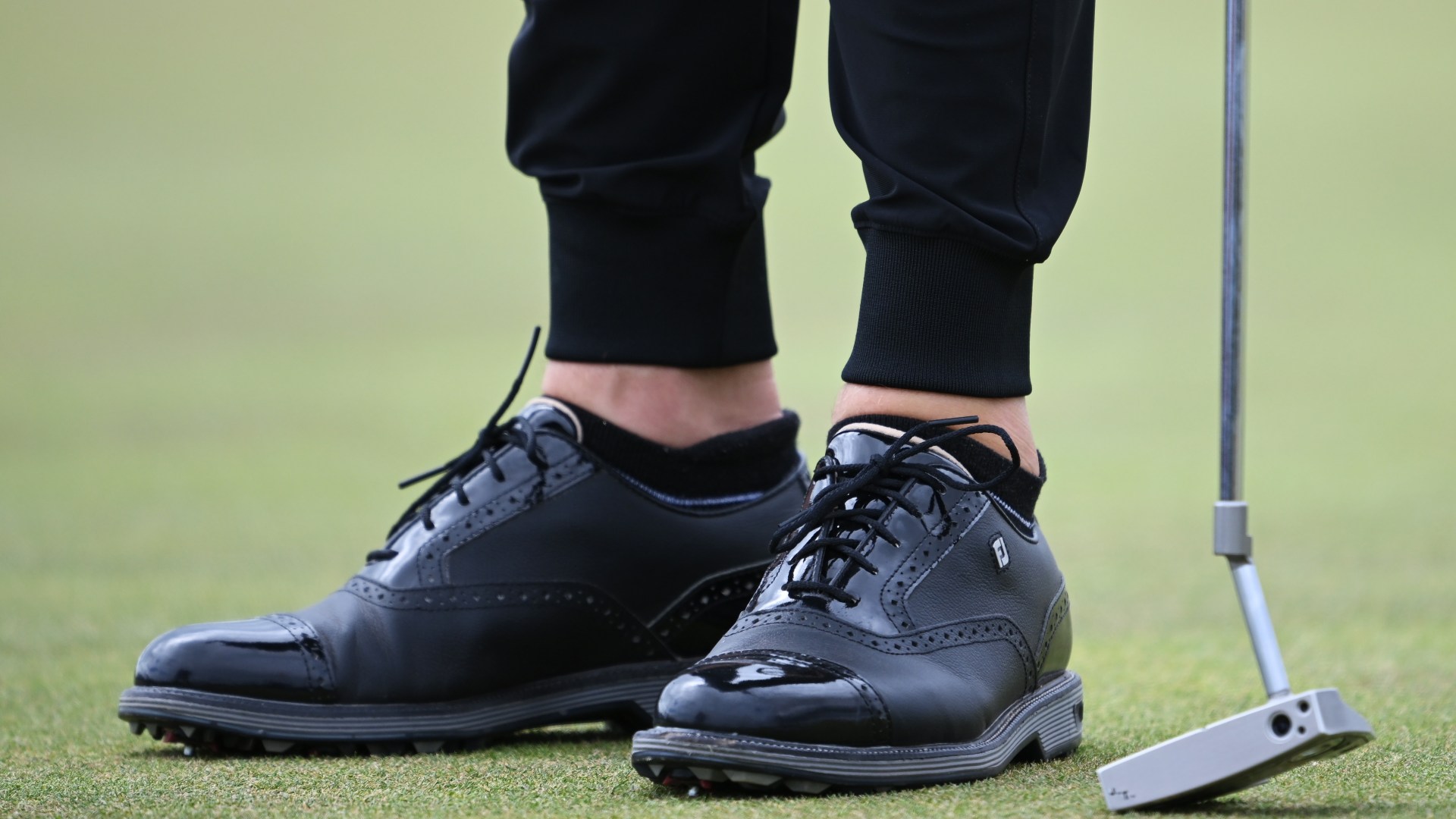 While we’ve all heard of etiquette when it comes to what colour socks you should wear to play golf, but few were aware that ankle socks were an option.

That’s aside from Justin Thomas, who turned up at The Open with almost bare ankles alongside joggers and a hoodie with a look that certainly divided opinion.

The 29-year-old American isn’t exactly the youngest player taking part in the 150th edition of the event but he still managed to leave the older crowd upset.

“So that’s fashion. Apparently,” remarked the PGA Tour commentator, with his colleague adding: “I’m worried about his ankles getting cold though.”

Some fans on Twitter went even further, telling him to ‘show some respect’ while others said they couldn’t root for him wearing such an outfit.

Fellow pro Smylie Kaufman went on the defensive though, poking fun at those who were taking offence.

He wrote on Twitter: “To be fair the crowd that doesn’t like @JustinThomas3’s outfit today are the same guys that show up to the course wearing 100 per cent cotton golf shirt with a non-matching plaid short.”

Thomas has arguably done worse though, once showing up at the British Open in a Ralph Lauren cardigan with a shirt and tie underneath in one of his more bizarre looks.


Woods, Els and Hovland experience the perils of the Old Course at The Open

Things weren’t miles better for Thomas out on the course either as he shanked his shot at the 18th hole so far wide that it even made him laugh.

And that comes just days after he was brutally slammed by Tiger Woods, with a comment picked up on video that quickly went viral.

“See you tomorrow for the past winners’ event,” Woods said. “Oh no I forgot, you have never won here.”