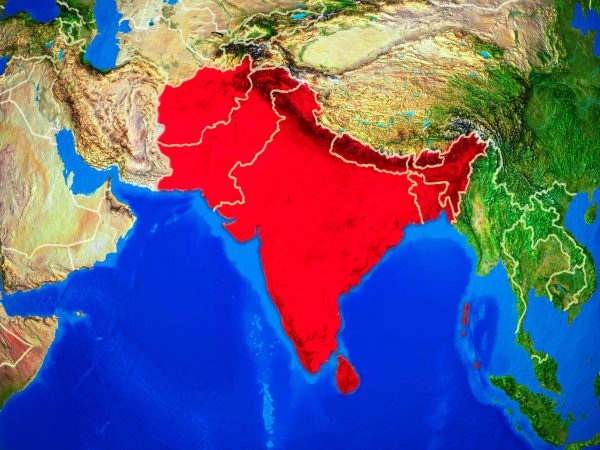 Pakistan has shown its readiness to host the 19th Summit of the South Asian Association for Regional Cooperation (SAARC). Pakistan’s Foreign Minister Shah Mahmood Qureshi even extended an invitation to India, giving it the option of attending the summit virtually if in-person attendance was difficult. However, India has rejected the invitation, saying that there was no material change in the situation on ground since the summit was cancelled in 2016.

Responding to queries about India’s stand on Pakistan’s invitation, the spokesperson for the Ministry of External Affairs, Arindam Bagchi said, “We have seen media reports regarding the Pakistan Foreign Minister’s remarks about the SAARC summit. You are aware of the background as to why the SAARC summit has not been held since 2014. There has been no material change in the situation since then. Therefore, there is still no consensus that would permit holding of the summit.”

India’s stand not only reflects the diminishing relevance of SAARC as an organization; it also implies realignment in India’s policy toward regional integration in South Asia.

The Diminishing Relevance of SAARC

SAARC was established with the signing of the SAARC Charter on December 8, 1985 in Dhaka, Bangladesh. Bangladesh, Bhutan, India, Maldives, Nepal, Pakistan, and Sri Lanka were the founding members; Afghanistan joined the grouping in 2007 as the eighth member. SAARC was established to strengthen cooperation between the South Asian countries and to act as a mechanism for regional integration in South Asia.

However, SAARC has always been hostage to the India-Pakistan conflict. The unending dispute between the two South Asian neighbors has overshadowed the purpose for which SAARC was formed. More often than not, the multilateral character of the SAARC was lost in the bilateral conflict between India and Pakistan.

The 18th SAARC Summit in Kathmandu was the last summit to be held. Pakistan was supposed to host the 19th Summit in 2016. It was cancelled after India refused to attend in the wake of the Uri terror attack, and Bangladesh, Bhutan, and Afghanistan also withdrew from participation. India-Pakistan hostilities have increased since the last SAARC summit in 2014. In 2016, Pakistan-supported terrorists attacked Pathankot Air Base in Punjab and an army camp in Uri in Jammu and Kashmir. India retaliated by carrying out surgical strikes on the terror camps in Pakistan-administered Kashmir. Similarly, a terror attack on the convoy of Indian paramilitary forces in Pulwama in 2019 was met with India carrying out air strikes against the terror bases in Balakot, Pakistan.

While the complexities of India-Pakistan ties have affected regional integration by way of SAARC, the situation in Afghanistan is also a major impediment. There is still no consensus across the world, not just in South Asia, about recognizing the Taliban as the legitimate government of Afghanistan. The holding of a SAARC summit would thus be difficult since, barring Pakistan, no other member countries would be comfortable sharing the round table with the Taliban’s representatives.

In a broader sense, China’s growing economic and strategic engagements across South Asia have rendered the concept of regional integration irrelevant to a great extent. With China looking to expand its sphere of influence across different regions, the role of regional institutions has become limited. After the announcement of the Belt and Road Initiative (BRI) in 2013, China has invested heavily in South Asian countries in connectivity and infrastructure projects.

Pakistan has been the highest recipient of the Chinese investments in South Asia. China’s estimated investments in Pakistan are worth around $65 billion, centered on the ambitious China-Pakistan Economic Corridor (CPEC) connecting China’s Xinjiang province to Pakistan’s Gwadar Port. China has also invested in energy projects and special economic zones in Pakistan.

Similarly, China has made investments in other South Asian countries such as Bangladesh, Maldives, Nepal, and Sri Lanka. China’s economic engagements are invariably aimed at gaining geopolitical advantage, in particular against India. Several of these countries that accepted Chinese investments – most notably in South Asia, Sri Lanka, and Maldives – eventually fell into a debt trap. The lack of a strong regional institutional mechanism has facilitated China’s inroads in South Asia, which now pose a strategic challenge for India.

Considering the challenges in making the SAARC initiative work, India has reset its approach to regional integration. India’s policies in the past few years, in particular after 2014, indicate a lack of interest in SAARC. Instead, India has explored other options along two fronts: first, by way of bilateral engagements with South Asian neighbors under the Neighborhood First Policy and, second, by focusing more on bilateral and multilateral engagements beyond South Asia.

It is important to note that Prime Minister Narendra Modi attempted a revival of SAARC in 2014 when he invited leaders of all the SAARC countries to his swearing-in ceremony. However, at the 18th SAARC Summit held in Kathmandu in 2014, Modi said that regional integration in South Asia would go ahead “through SAARC or outside it, among all of us or some of us.” This was a clear indication of the policy that India would follow post-2014.

Under the Neighborhood First Policy, India has engaged with neighbors such as Bangladesh, Bhutan, Maldives, Nepal, and Sri Lanka, circumventing Pakistan. India has laid stress on mutually beneficial economic engagements and humanitarian assistance. This was evident especially in the past two years during the COVID-19 pandemic. First India supplied medical equipment and hydroxychloroquine during the initial stage of pandemic. Later after developing its own COVID-19 vaccine, India prioritized the supply of vaccine in the neighborhood under the Vaccine Maitri (Vaccine Friendship) Initiative. Though the Neighborhood First Policy does not have a formal institutional structure, it is a convenient option for India to maneuver across South Asia, disregarding its relations with Pakistan.

Outside of South Asia, India has increased its engagements with groups such as the BIMSTEC (Bay of Bengal Initiative for Multi-Sectoral Technical and Economic Cooperation), BRICS (Brazil, Russia, India, China, and South Africa), and the G-20, to name a few. India is also looking to expand its outreach to Southeast Asia through Act East Policy and to Central Asia through India-Central Asia Dialogue.

The diversification in India’s multilateral engagements indicates New Delhi’s unwillingness to be a part of a process South Asian regional integration that has no future owing to conflict with Pakistan. Instead, India is seeking greener pastures beyond South Asia to establish a prominent identity for itself at the global level.