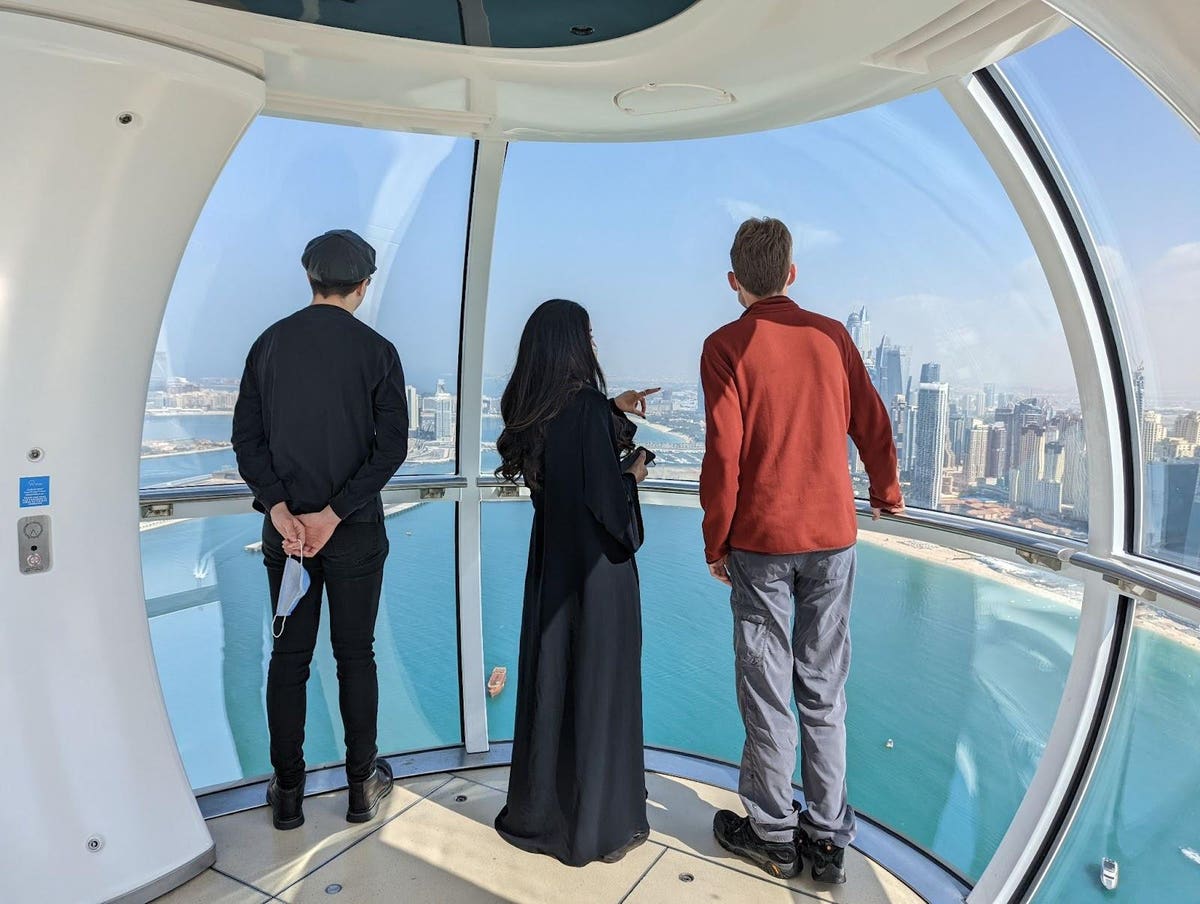 Rising Covid cases and regular security alerts have left American visitors asking if the United Arab Emirates is still a safe destination. You have to spend time in Dubai or Abu Dhabi, or drive out to the mountains of Hatta, to find the answer.

In the last week, there’s been a barrage of warnings about the UAE that has been impossible to overlook. They include a drone attack that killed several construction, a foiled missile attack over Abu Dhabi, and more Covid omicron infections.

The UAE has a reputation as one of the safest countries in the world. So how do these recent developments affect visitors? Is it still safe to visit Dubai or Abu Dhabi, the UAE’s two biggest cities?

What’s going on with the missile and drone attacks in the UAE?

It started on January 17, when the State Department issued a security alert for Americans in the UAE. After reports of a drone attack near the airport, the U.S. Embassy urged Americans to avoid a construction site at the new terminal of the Abu Dhabi airport.

A week later, the government sent another alert, this time cautioning of a possible missile attack over Abu Dhabi.

“If you hear a loud explosion,” it said, “immediately seek cover.”

It turns out the UAE had intercepted two ballistic missiles from Yemen’s Houthi rebels over the Emirati capital. Houthi forces also claimed responsibility for the drone attack, which killed three people.

On Thursday, the State Department again sent a warning, reiterating UAE’s status as a “Level 4: Do Not Travel” country and urging Americans to “reconsider travel due to the threat of missile or drone attacks.”

That left some visitors wondering if it was still safe to visit the UAE.

Is Dubai safe from drone attacks?

Last week, even as the chaos started to unfold, I met up with a group of American visitors from Spokane, Wash. They told me that despite the State Department warnings, they felt safer here than they did in the U.S.

It’s easy to see why. The U.S. currently leads the world in the number of Covid infections. Crime rates are higher, and vaccination rates are significantly lower (UAE is the most vaccinated country on earth). Asking if it’s safe to travel to Dubai right now during the coronavirus begs the question: Safer than what?

But to get a real idea of how people on the ground are processing the recent security threats, I asked long-time residents like Remco Werkhoven. He’s lived in Dubai for two decades and currently manages three hotels in the city’s historical district, including the upscale Al Seef Heritage Hotel.

Werkhoven said his hotels haven’t had any cancellations because of the attacks, and he feels safe in the city.

“It’s the kind of place where you can leave your front door unlocked and your car unlocked, and you don’t have to worry,” he says. “It’s also one of the safest places in terms of Covid.”

Werkhoven and others also pointed out that the attacks happened far away from Dubai, at a construction site in Abu Dhabi and that, ultimately, the missile attack was unsuccessful.

His advice for travelers is to get their shots, get tested, and then “come and enjoy Dubai.” After a long winter of omicron and uncertainty, he believes many tourists will do just that.

But is Dubai safe? Officials have repeatedly assured guests and residents that it is, and of course there’s been a military response to the recent attacks. But as experts have told me many times over, there’s no such thing as risk-free travel.

There’s always a chance, however remote, that something could go wrong on vacation.

How are Dubai’s hotels handling the security problems?

I found a similar situation at several other Dubai hotels last week. I stopped in at two properties on Dubai’s Palm, the famous artificial island, and discovered the reason behind the tourism industry’s quiet confidence.

At the Atlantis Dubai, a towering five-star hotel with a massive water park, security guards are posted at all the entrances. If anyone who looks out of place approaches, they will quickly instruct that person to turn around. The edge of the Palm is a sprawling construction site where the futuristic-looking Royal Atlantis is rising into the skyline. But it’s locked down tight, now perhaps more than ever.

A short walk away, the Waldorf Astoria Dubai Palm Jumeirah has taken similar precautions. There are private security guards everywhere, monitoring the entrances for any suspicious activity. Once you’re past them, though, it’s a normal hotel experience. But security can get tighter outside the hotel. Just walk along the beach, as I did, and eventually you’ll find a guard  blocking you from entry.

I talked to Jason Harding, the managing director at Jumeirah Beach Hotel, just across the bay from Palm Island. It’s a sleek, modern resort with a stunning view of the iconic Burj Al Arab hotel.

He explained that visitors have already factored in some of the uncertainties of travel to the Middle East when they book a vacation here. That means one or two reports of security issues won’t deter them from coming to Dubai.

“We’re very lucky,” he says. “Our business has been steady.”

Is Abu Dhabi safe from terrorism?

Visitors to Dubai can be dismissive about the recent security scares. After all, the incidents are happening 90 miles away, near the UAE’s capital. But what’s the situation in Abu Dhabi? To find out, I visited Abu Dhabi just days after the State Department warned visitors to avoid traveling to the UAE.

Abu Dhabi appears to be relatively safe from terrorism and Covid.  The land border between Dubai and Abu Dhabi — a simple checkpoint that looks more like a toll booth — was on high alert compared to my previous visit in early January. The road stop is meant to check your Covid status, but it certainly appeared the officials were also looking for signs of other suspicious activity. A guard asked to see my passport and paper copies of my latest PCR test. He took his time reviewing my documents, scanning for any discrepancies.

At the Park Hyatt Abu Dhabi, a low-key, luxury resort on the beach, the reception area was just as it was on my first visit earlier in the year. Any additional security precautions must be happening behind the scenes, out of the view of guests.

That’s exactly the way the tourism industry in the UAE wants it. I’ve stayed at a heavily guarded hotels in Africa. The sentries at one hotel in Kenya had automatic weapons strapped to their shoulders, which was supposed to instill confidence in visitors like me. Instead, it just made me nervous. If one of the guards had to use his AK-47, the stay wouldn’t end well.

Is it safe to travel to Dubai right now?

So is it safe to travel to Dubai, Abu Dhabi and the UAE right now? Generally, yes. But it depends where you go. Airports and office buildings will always attract attention from rebel miltias and terrorists, no matter which country you’re visiting. But once you get out into the countryside, to a place like Hatta, there are few security precautions and practically zero worries.

At the Ja Hatta Fort Hotel, just a few miles from the Omani border, tourists spend their days hiking in the mountains and sampling wild honey from a local bee farm. This place looks like a cross between Palm Springs, with its angular peaks rising suddenly from the desert floor, and the flats of southern Utah, except that it’s planted with corn and date palms.

Is the UAE safe for U.S. citizens? Although the State Department may disagree, I think the answer is mostly yes. But that could change at any time.