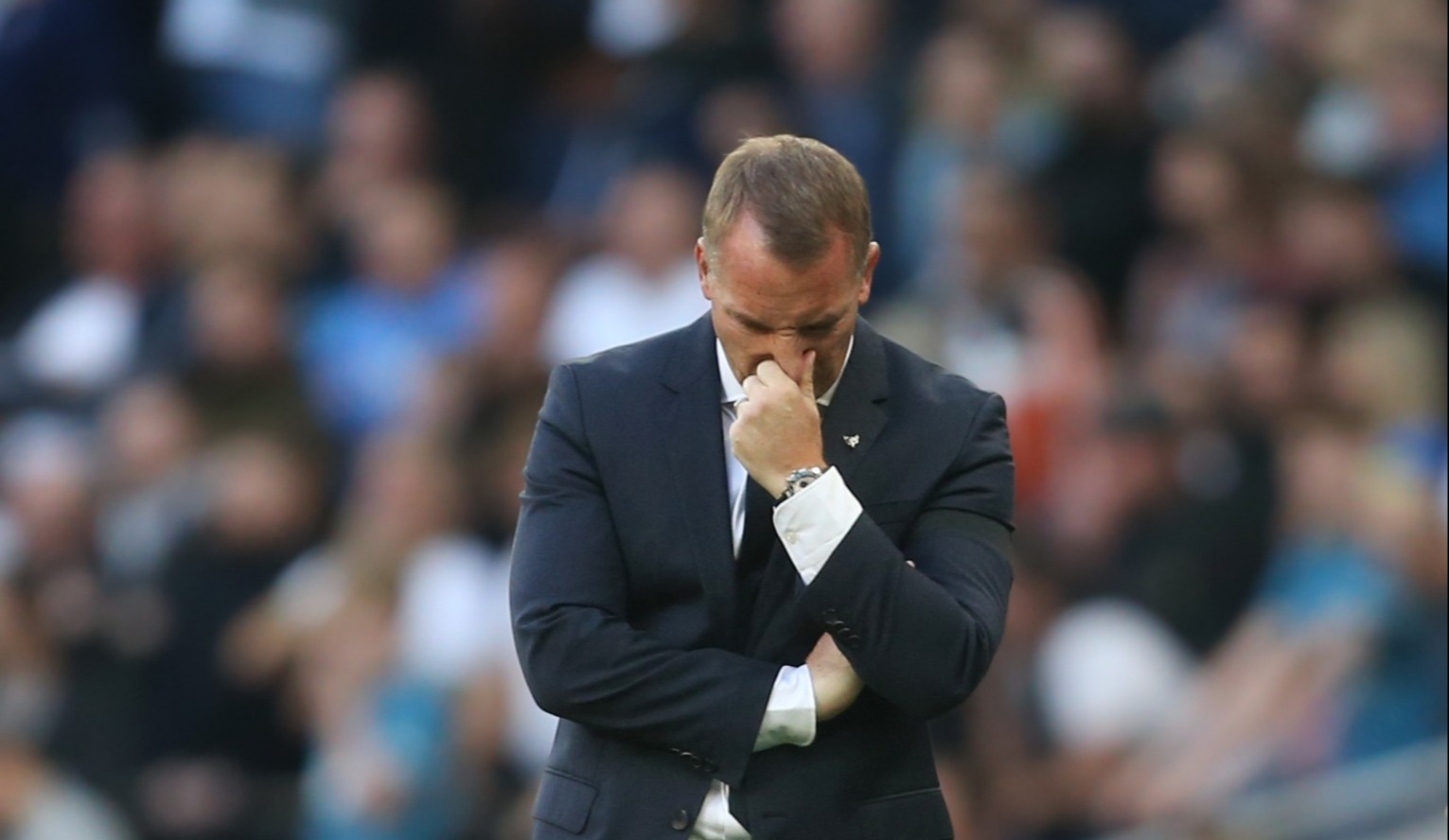 Jason Cundy believes that Brendan Rodgers’ time at Leicester is ‘coming towards the end’.

The Foxes boss endured another torrid evening in charge of the club after seeing his side fall to a 6-2 defeat at the hands of Tottenham Hotspur.

While Heung-min Son’s stunning second half cameo made the scoreline look particularly ugly, it’s the latest in a long line of disappointments for Rodgers.

Leicester go into the international break with just one point from seven matches so far, and after losing key players such as Kaspar Schmeichel and Wesley Fofana with no significant replacement signed, it’s worrying times for supporters, particularly with Rodgers sounding downbeat post-match.

Asked if the pressure is on him, Rodgers told Sky Sports: “Yeah, very much so. I come in every day and do my work and you can see the players playing with confidence, but you’ve got to win games.

“I totally understand the frustrations of supporters and so I can’t hide from that [the pressure], it’s my responsibility with the scores.

“Whatever happens I’ll have a huge amount of respect for them [the owners] because they’ve given me great support since I’ve been here.

“I understand the game, I understand football. Today, I didn’t think that the scoreline reflected the game but the bottom line is that we’ve had a heavy defeat and we should be better.

“For me, they give me brilliant support and whatever happens, whether I stay or continue to fight on, I’ll always respect them.”

Cundy, who knows Rodgers from his time at Chelsea, says that while he believes that the Leicester boss deserves more time in charge, it appears that his days could be numbered.

Speaking on Gameday Phone-In, Cundy said: “I know Brendan very well and it feels like it’s coming towards the end. That’s how it feels from the outside looking in.

“I listen and I watch him in his post-match, there’s been a change at the club but on the back of all of this they haven’t spent any money.

“They got rid of Fofana, they haven’t spent a lot of money and they have what they had last season.

“This is a football club where if you look at what they haven’t done in the transfer market, it’s not a massive surprise, but the big surprise is that they’ve only got one point.

“If you think you’re getting relegated under the current manager then you’ve got to look at that situation. It feels like it’s coming.

“I would wait until the World Cup. Brendan’s a good manager and a brilliant coach. He’s showed that.

“I’d wait until the World Cup because there’s enough time between the middle of November and the end of the season to get out of this. So plan what you’re going to do.

“If you are going to get rid of Brendan who is the new manager and what is your new transfer policy going into January?

“They’re the conversations, but right now it doesn’t look great.”