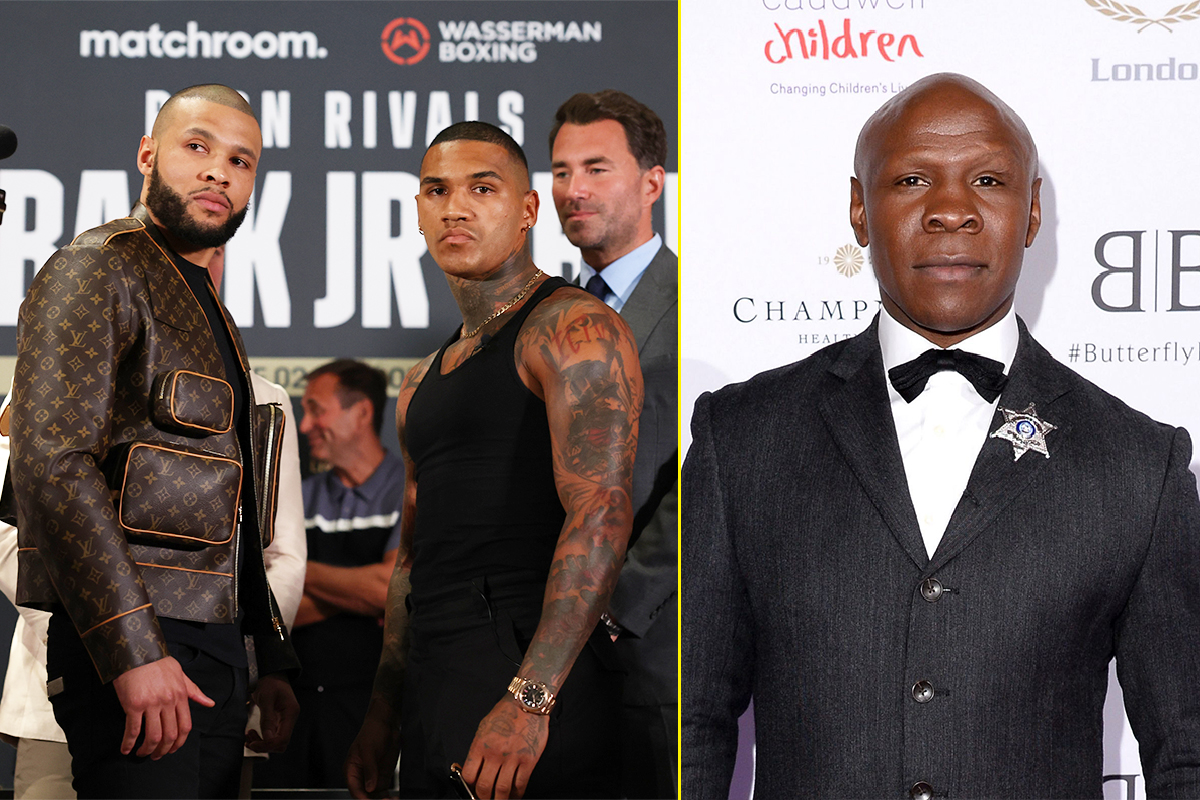 Chris Eubank Jr admits he’s found his dad’s attempts to pull him out of his upcoming fight with Conor Benn ‘upsetting.’

On October 8, Eubank Jr and Benn are set to clash in a fight that will continue the legacy of their dads, who engaged in two epic contests in the early 1990s.

Despite the fight having been already agreed, Chris Eubank Sr came out earlier in September to express concerns over his son coming down to the agreed 157lb catchweight, and even threatened to pull Eubank Jr out of the fight.

These claims were dismissed by Benn and his promoter, Kalle Sauerland, who said that Eubank Sr did not have the power to pull his son out of the fight.

But almost two weeks on from his father’s declaration, Eubank Jr has broken his silence on the episode.

“I can’t have any negative thoughts or worries from any other people affect my mindset and how I will proceed with this fight,” Eubank Jr told the Daily Star.

“He’s my father, he may be worried about me cutting the weight and all the rest of it but I can’t let that affect me and what I want to do. I have to believe in myself.

“I’m not saying he doesn’t believe in me or believe that I’m going to do it but he’s saying it’s a danger. He probably is right. It is a danger but I’m a dangerous man.”

“It’s upsetting and sad that he may have those thoughts going through his head, but that’s him.

Eubank Jr had previously said that his dad would be in his corner on fight night and while that is looking increasingly unlikely, he still remains hopeful.

“I’m still hopeful that as we get closer to the fight we can come to some type of agreement,” Eubank Jr said.

“As of this moment in time, I don’t know what his thoughts are.”