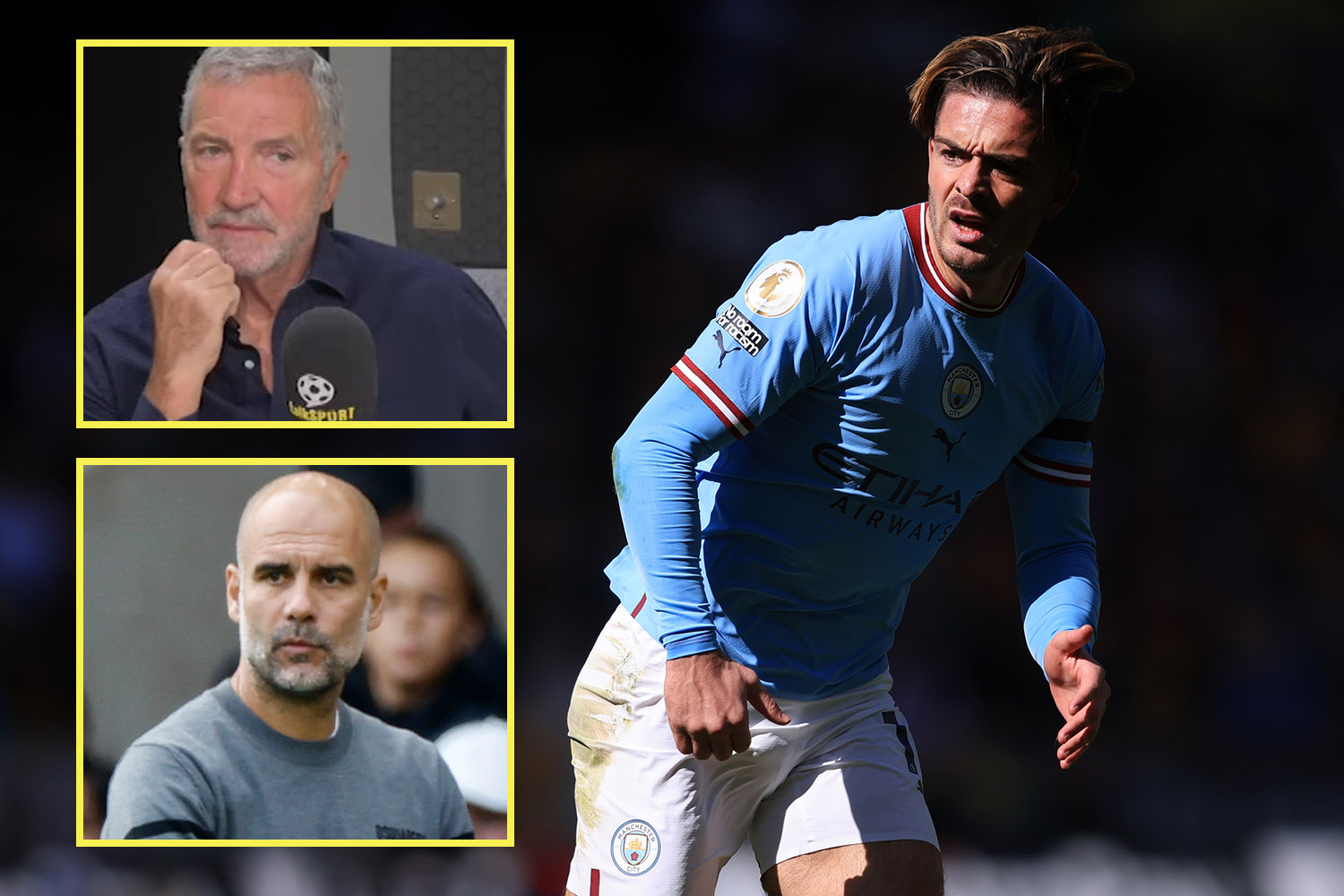 Jack Grealish has suggested he’s only concerned about Pep Guardiola’s opinion of him amid criticism from Graeme Souness.

The England international was responding to former Liverpool captain Graeme Souness’ view on his performances since joining Manchester City from Aston Villa.

Grealish silenced doubters by scoring his first goal of the season against Wolves, however, since moving to the Etihad he hasn’t quite cemented his place in the team like he was expected to.

And Souness reckons he has not improved yet.

“He is a good footballer. He is not a great player,” he told White and Jordan on talkSPORT. “He is a good player who got a big move and is yet to do it at Man City.

“I see the same Grealish I saw at Villa a few years ago.”

Grealish, who is in England’s squad for their Nations League fixtures against Italy and Germany, brushed off the criticism from the Scot.

“I don’t know what his problem is with me,” he laughed.

“I try not to read it, obviously it’s difficult when he’s on talkSPORT or Sky Sports and it’s everywhere around the training ground at times.

“He was obviously a great player, I don’t know what it is with what he says about me or what problem he’s got.

“I know my own ability. I know before he used to say a lot of stuff about me not moving the ball quicker.

“But you know, when I’m playing for a manager like Pep Guardiola and he’s telling me to keep the ball as much as I can and have balls to take everywhere, that’s what I’ll try and do.

Grealish made 39 appearances for Pep Guardiola’s side in his first season at City as the club secured their sixth Premier League title.

However, he also only netted once and provided one assist in the Premier League after scoring in their win at home to Leeds back in December.

Fast forward to this season, the 27-year-old was out injured for three games after picking up a knock during City’s win over Bournemouth, and was also benched for the game against his former side at Villa Park.

Despite his inconsistent game time, though, Guardiola defended his forward before he got off the mark against Wolves, saying:  “I’m more than happy and delighted with what he’s doing.

“Now it’s just a question of time to get back a little bit of his momentum he had at the beginning of the season.”

Grealish says that he knows he still needs to get up to speed still and thinks criticism – such as Souness’ comments – is expected during that time.

He continued: “I know there were games, especially in the second half of last season, where I wasn’t at my best at all. Unfortunately for me, I came back in pre-season fit, had a strong pre-season then got injured in the second game.

“That’s when I said from now on I’m just going try and get my head down and try and get that fitness back. I know I’m not 100 per cent yet. I think I’ve only played one 90 minutes this season.

“But yeah, I think I’ll probably always have people on the back of me, but I’ve just got to try and perform.”