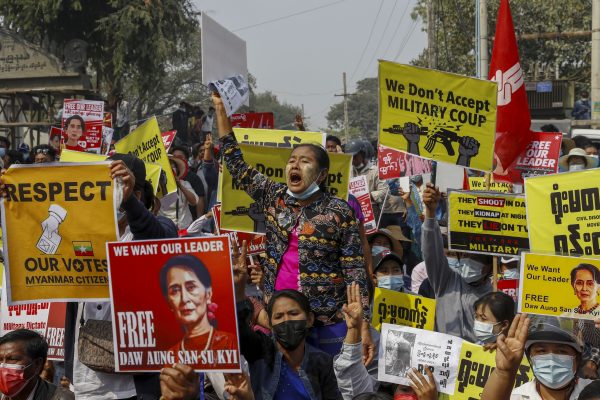 In the recently released views and perceptions survey, the State of Southeast Asia 2022 Survey Report by the ISEAS-Yusof Ishak Institute, Japan continues to rank first in the Perceptions of Trust (“do the right thing” to contribute to global peace, security, prosperity, and governance) category. It is the fourth year running that Japan held the top spot.

However, securing and maintaining that position has hardly been effortless. Rather, it is thanks to the impressive endeavors of Japanese companies operating in Southeast Asia and their stakeholders, together with the commitment of international students who studied in Japan.

During its period of high economic growth, Japan’s exports flooded into Southeast Asia. Japanese companies that expanded into the region put their own economic interest above all else, displaying arrogant, closed-minded attitudes without consideration for local conditions. In the fall of 1972, a movement to boycott Japanese goods arose in Thailand. Anti-Japan protests reached their peak during Prime Minister Tanaka Kakuei’s visit to Southeast Asia in 1974. In Indonesia, the last leg of his tour of the region, a storm of anti-Japanese sentiment erupted, with protesters setting fire to Japanese cars and throwing stones at buildings housing Japanese companies.

The turning point in anti-Japanese sentiment was the Fukuda Doctrine. In 1977, Prime Minister Fukuda Takeo concluded a visit to Southeast Asia with a policy speech in Manila in which he stated that Japan (1) will not become a military power but resolved to contribute to the peace and prosperity of the world, (2) would consolidate a relationship of mutual confidence and trust based on “heart-to-heart” understanding and (3) would be an equal partner of ASEAN and cooperate with its member countries in their own efforts. The statement was very well received in Southeast Asia.

This support for the Fukuda Doctrine must be understood within its historical context. At the time, Southeast Asia was at a critical juncture, with the communist threat looming over the region. The United Kingdom, which had troops stationed in Singapore and Malaysia, had announced its withdrawal from the East of Suez. Under the Nixon Doctrine, the United States would no longer employ excessive military intervention in Asia, but would instead require each ally nation to be responsible for defending itself. It was in this context that Japan pledged to provide assistance to Southeast Asia.

Forty-five years after the Fukuda Doctrine, trust in Japan has been shaken. Following its  consistent first place ranking since the State of Southeast Asia 2019 Survey Report, the percentage has fallen in the latest survey from above 60 percent to the low 50 percent range (54.2 percent), with the United States, which has been regaining ground with the exit of President Donald Trump, now close behind (52.8 percent).

The level of trust in the major powers is changing, particularly in Myanmar. At the UN Security Council, China and Russia opposed a sanctions resolution, arguing that  unilateral sanctions and pressure would only serve to exacerbate and complicate the situation. The UN has consequently failed to take concrete action.

The United States, the United Kingdom, and the European Union responded by imposing their own sanctions on senior Myanmar military officials and their families, as well as companies and their subsidiaries with military affiliations. Those sanctions include tighter export controls, freezing of assets, and travel bans.

Japan, as Myanmar’s largest donor nation, has taken a different approach. While it has suspended new ODA, it is taking a wait-and-see approach with existing projects. It has not imposed economic sanctions. Rather, in addition to the usual diplomatic channel, it is using its “special line of communication” with the Myanmar military to influence the leadership to immediately stop resorting to violence against civilians, release detainees and swiftly restore Myanmar’s democratic political system.

The differing responses of the major powers have influenced the views of the people of Myanmar. According to the State of Southeast Asia 2022 Survey Report, trust in China, which strongly opposed sanctions at the UN Security Council, has been almost completely lost (with the trust ratio in the 1 percent range), while trust in the United States and the European Union, which imposed their own economic sanctions, has improved significantly. Trust in the U.S., which was in the 20 percent range under the Trump administration, rose from 40 percent in 2021 to the mid-70 percent range in the current survey, a reflection of the high expectations of President Joe Biden. Confidence in the EU exceeded that of Japan for the first time since the survey began.

Japan’s distinct approach has seen its trust ranking drop noticeably, from 76.3 percent the previous year to the 50 percent range, which now leaves it behind the United States and European Union. Japan’s weak stance on the Myanmar military has led to a loss of support among the people, who are ready and willing to make considerable sacrifices to restore a democratic political system.

With Japan’s economic influence in decline, the loss of trust that had been built up over many years is the loss of a national asset. As the leading democracy in Asia, Japan must develop diplomacy that is mindful of the position of the Myanmar people, who are in danger of losing their own democracy.