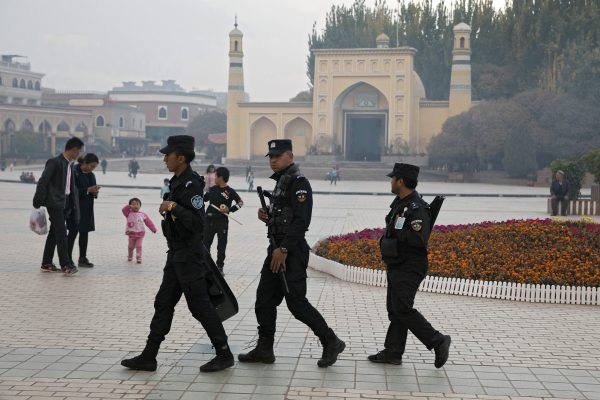 At the start of this month, the day of the Lunar New Year in China, Japan’s Lower House adopted the Resolution Regarding the Serious Human Rights Situation in Xinjiang Uighur and Other Areas, proposed by Furuya Keiji and three other Lower House members. Subsequently, Foreign Minister Hayashi Yoshimasa delivered the views of the Japanese government, stating that the government has expressed serious concerns about the human rights situation for the Uighur in Xinjiang.

In fact, the resolution begins, “In recent years, the international community has expressed concern over serious human rights situations including infringement of freedom of religion and forced incarceration in places including Xinjiang Uighur, Tibet, Southern Mongolia and Hong Kong.” This phrasing makes clear that the focus of the resolution is broader than the Uighur question.

Meanwhile, the use of the designation “Southern Mongolia” appears to conform to Mongolia’s view that there is a Southern and a Northern Mongolia, because the perspective from Beijing is of an Inner and an Outer Mongolia, where “inner” refers to the Inner Mongolia Autonomous Region of China. It is worth noting that “China” is not used here even though the territories listed in the resolution are governed by China. Neither the resolution nor Hayashi’s subsequent statement refer to China by name.

The text goes on to say, “As human rights are of universal value, issues associated with them are matters of legitimate concern for the global community; they are not confined to the internal affairs of a country.” This suggests that the Diet has taken up this resolution based on universal values and emphasizes that these values are shared with the United States and other developed nations. The resolution continues, “In these circumstances, many voices have been raised to seek support from the international community by those people who state that they are being oppressed and unilaterally denied their democratic rights. In response, there is a growing movement in the international community to respond to this call, with a country having legislated that it will provide assistance to those people. Serious concerns over the human rights situation have been shared at various occasions including Japan-US and G7 Summit meetings.” Thus, the resolution is not only a matter of shared values among developed countries; it fully understands the voices of the oppressed and is aligned with the movement in the international community to respond to and support those voices.

What demands does the resolution make? Based on the passage that reads, “Given these circumstances, Japan, which proclaims respecting human rights as a principle, is expected to make a constructive commitment with a firm position by adopting a substantive and solid political document, to guide Japan’s human rights diplomacy,” the resolution clearly expects Japan to make a constructive commitment by taking a firm position on issues of human rights.

Finally, the resolution presents its demands on the Japanese government. “The Government of Japan should, with this understanding, first gather information in order to ascertain the full scope of this serious human rights situation. This should be done based on fundamental values including freedom, democracy and the rule of law while respecting the culture, traditions and autonomy of ethnic groups. At the same time, the government should, in cooperation with the international community, monitor the serious human rights situation and employ comprehensive measures to help those people in need.” In other words, gather information rather than introduce specific measures or impose specific sanctions.

Amid claims that the resolution was watered down by executives of the Liberal Democratic Party (LDP) and Komeito to placate China, the resolution has been criticized by the conservative Sankei Shimbun and other newspapers as being a long way from the substantial and robust government-level documents one would expect to guide Japan’s human rights diplomacy. However, the content reflects the approach taken by the government of Prime Minister Kishida Fumio. The administration has adopted an issue-by-issue attitude toward China, taking a tough position on military security, territory, economic security, and human rights issues, but a collaborative approach where the economy is concerned. If the government goes too hard on human rights at this point, there is a risk of repercussions in other areas of cooperation.

In short, depending on the issue, what is “right” and what is “wrong” must be moderated to some degree. From this perspective, the position taken by the resolution is understandable. Yet Japan must also demonstrate to other developed countries that their human rights values are shared. Therefore, the resolution was first put together by the Lower House in the form of demands presented to the government. In this way, the Kishida administration can demonstrate thoughtfulness to both China and the international community while raising the issue of human rights in the shape of a resolution by the Diet, not the government. Striking a balance or a half-baked measure? Only time will tell.