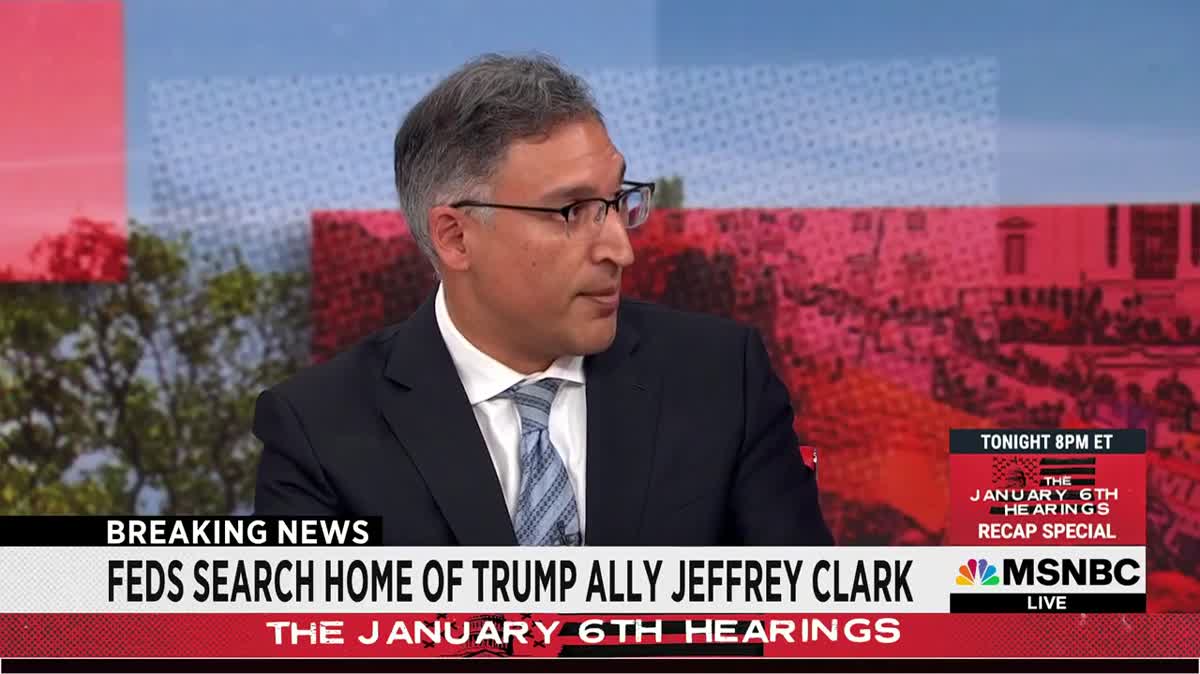 Jeffrey Clark is the unqualified lawyer Donald Trump wanted to install as attorney general in order to help him overturn the 2020 election. And he probably would have if a host of senior DOJ officials hadn’t threatened to resign in a near repeat of the “Saturday Night Massacre” of Watergate fame.

If there hadn’t been a January 6 committee hearing Thursday, news of the pre-dawn Clark raid would have been “the top screaming story all day,” Ari Melber said, during MSNBC’s post-hearing analysis. He noted that The New York Times reported, “a dozen federal law-enforcement officials raided the house, seized Mr. Clark’s electronic devices and put him out on the street in his pajamas.”

MSNBC played a clip of Clark repeatedly invoked the Fifth Amendment during his deposition with the committee, indicating he’s guilty of something.

The raid and its timing suggest the DOJ was afraid Clark would destroy evidence after Thursday’s hearing.

Former Acting Solicitor General Neal Katyal explained why he thought the raid is much bigger news than the hearing.

KATYAL: Basically it says to me, Merrick Garland has an investigation into January 6th, and it includes Donald Trump.

Here’s my thinking. So, you don’t dawn raid someone’s home unless they’re a target or very close to a target of a criminal investigation. So they really do think Jeffrey Clark has committed various federal crimes. This was signed off on by a judge. This wasn’t the Justice Department on their own running into his house, and in order to do that, they have to have some theory of what the crime is.

And, of course, any crime Clark might have been involved in almost certainly involved Trump, too.