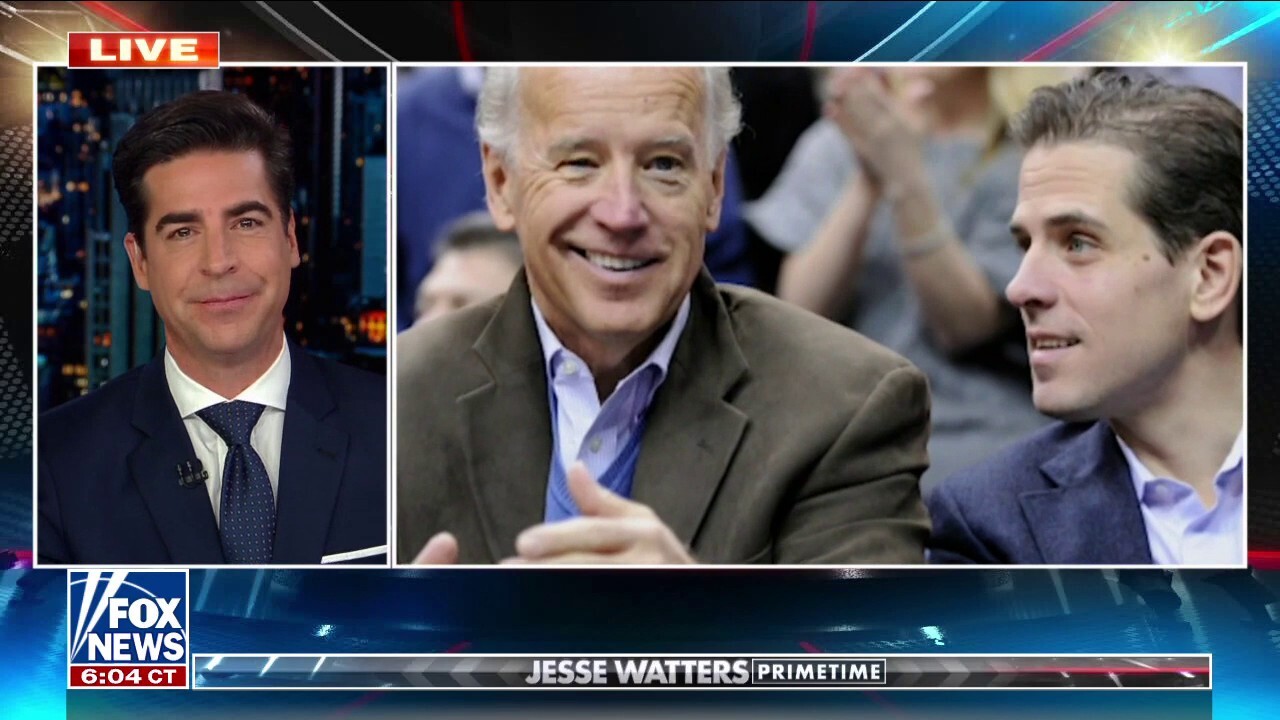 JESSE WATTERS: You are watching the biggest disinformation campaign almost in American history. On day one, when the New York Post broke the story, journalists around the country swooped in to debunk the laptop and all of the secrets that lurked inside. They labeled it “Russian disinformation,” “fake news,” articles like this were surfacing all over. “The truth behind the Hunter Biden’s non-scandal.” Jen Psaki was quick to pull the trigger at the time.

She said, “The Hunter Biden story is Russian disinformation.” They all sounded like parrots annoying us with the same talking points. Even CIA officials put out a letter claiming this couldn’t be true. Who asked the CIA anyway? Anyone that reported on the laptop or its contents was spreading disinformation, and they were censored in America, not Russia. Think about that. They even kicked the Post off Twitter, the country’s oldest newspaper. They conspired, and they lied, even Hunter grabbed a mop and helped with the cleanup job.

The disinformation campaign was a huge success. Polls showing that one in six Biden voters would have changed their votes if they had known about the laptop. So, if you went through all of that, you’d be pretty surprised today when you opened up The New York Times and peeled it open all the way back to page 20 to see this headline, quote, “Hunter Biden paid tax bill, but broad federal investigation continues.” Is this the first time they’ve mentioned the investigation into Hunter’s sketchy business deals?

The Times reports that this all started off with a tax audit under the Obama-Biden administration, and then it soon turned criminal when his dad was running for president. So you’re telling me that the Obama-Biden administration started looking into Biden’s son’s taxes and Biden’s son never said anything to his dad about it, like, “Hey, dad, why is your IRS auditing me?” There’s no way Joe didn’t know, and then your father’s running for president and the Feds open up a criminal investigation into you for money laundering, and you don’t pull your dad aside and say, “Hey, pop, there’s this little thing that may come up during the campaign. Not a huge deal, but I’m kind of under investigation.” Of course Hunter told Joe that. Joe knew the whole time the laptop was real.