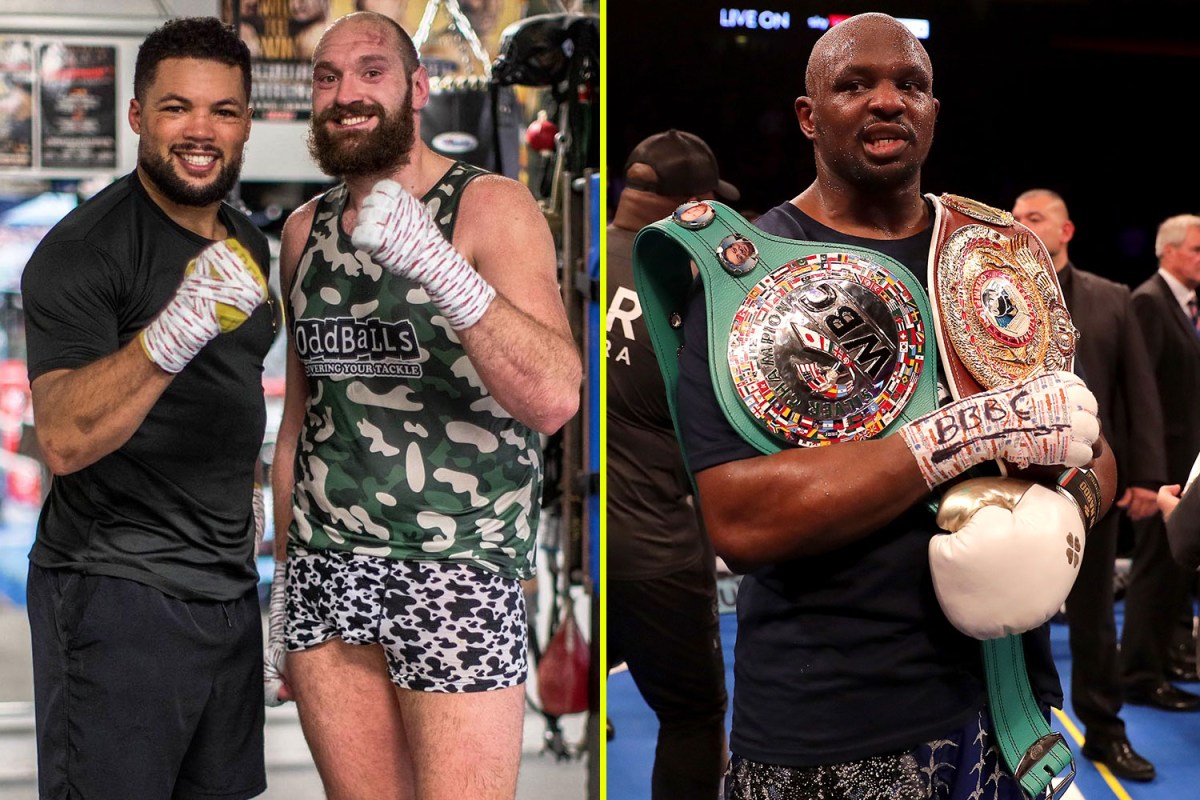 Joe Joyce has doubled down on calling out Tyson Fury for a title fight in February and insisted it’s an easy bout to make.

It had looked like Fury was a shoo-in to face his WBC mandatory challenger Dillian Whyte but those plans have been thrown into disarray.

Whyte seemed on course for the bout but his legal battle with the WBC, based on the fact he’s yet to be handed a title fight despite topping their rankings for an extended period of time, have held up his bid further.

Joyce, meanwhile, is second in the WBC rankings, behind Whyte and Deontay Wilder, and top of the WBO list behind title holder Oleksandr Usyk.

He called out Fury on social media about a title fight, posting: “I have got lots of respect for @gypsyking101 as a friend and as a fighter, but my schedule is free in February #letsdothis #WBO1 #WBC2 #THEJUGGERNAUT”.

He told James Savundra: “My aim in professional boxing is to be a world champion so fights that get me closer to that role, that’s what I’m all about, especially if it’s for a world title. I’m definitely game.

“It’s a tough fight, a very tough fight. Tyson Fury is very skilled. He’s a tall, big strong guy. He’s got long range, he can switch and hit on both southpaw and orthodox. His skillset is really good and his mindset, it’s going to be a big challenge, but we’ll see what happens.”

Joyce believes, unlike with Whyte, there would be no issues getting the bout on with both fighters looking to box again in the New Year.

“I think it’s quite an easy fight to make with my team and his team. We should be able to make it happen and I’m just hoping it will happen,” he continued.

“I’m not sure about February. I’m just going to see what happens and make sure I’m ready for that opportunity, that’s why I’m out here [in Las Vegas].

“I’d like to see [Whyte] get a world title shot but at the same time I’m here as well. I’m trying to get my way in too.”

Joyce’s 13-0 record, after recent wins over Dereck Chisora and Carlos Takam, is not to be sniffed and if Fury isn’t his next foe, he’s more than ready for a battle with any of the heavyweight division’s top stars.

Anthony Joshua and Oleksandr Usyk are set for a rematch in early 2022 and Joyce would happily take on either man after their showdown.

He said: “There have been a few names thrown in the hat and stuff but I’m looking for the big names, the guys at the top.

“I see my name being mentioned with Tyson Fury, so that’s a potential fight, also there is Usyk, [Anthony] Joshua is still about. There are some pretty good fights ready for the taking. They should be some good, exciting fights.”