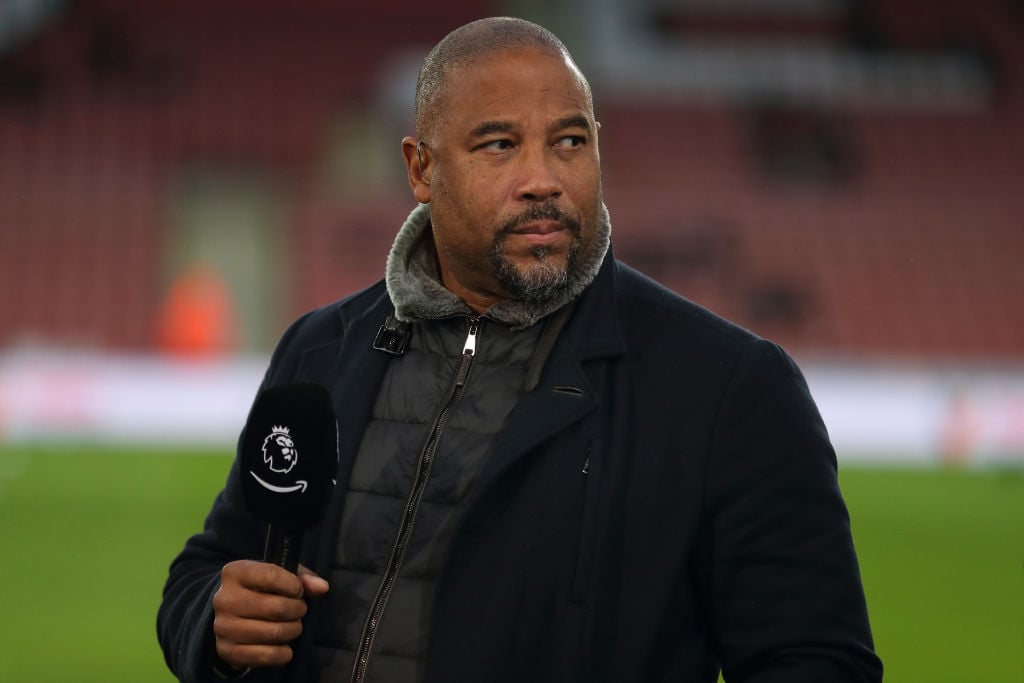 John Barnes has labelled Tottenham transfer target, Raheem Sterling, as ‘world-class’ and claimed that he would be a ‘fantastic’ signing for Chelsea.

Both Tottenham and Chelsea have locked horns to try and lure the Manchester City star to the capital this summer, but will he go to north London? Or head to the west?

Ahead of Romelu Lukaku’s unforgettable second reign at Chelsea coming to an end, it leaves another door open for Thomas Tuchel to add and mend his faltering and confused forward line.

So, from that perspective, Sterling walks straight in, but it’s a little different over at Hotspur Way where Golden Boot winner, Heung-Min Son is causing havoc from that left channel.

Even if the multiple Premier League winner wanted to play a central role he couldn’t because his England captain, Harry Kane, is firmly Tottenham’s bonafide number nine.

Either way, this is what Liverpool legend Barnes had to say about Sterling’s future and how it’s understandable that he wants to leave the Etihad.

“It all depends on Raheem,” said Barnes. “If he feels, with the new signings, he’s not going to be a regular player, of course, he is a fantastic world-class player, so he deserves to be (playing on a regular basis).

“If you think about the price they have to pay, the age of Raheem and the quality. It will be a fantastic signing for them, but Raheem will make that decision.

Other than the Champions League, Sterling has won all he could in Man City colours, but he has slightly faltered, not just during the past 12 months, but during the last two years.

The 27-year-old has scored 31 goals in all competitions from the past two campaigns, he managed that tally alone three campaigns ago.

That’s just the high bar the ex-Liverpool man has set, and with both Chelsea and Spurs in the Champions League, they would also provide him with the chance to play against the elite.

Then the finger will point towards the trophy cabinet and, whilst Antonio Conte is now in the Spurs dugout, he has more chance of winning a trophy at Stamford Bridge.

In other news, Aston Villa could soon have another Coutinho on their hands – Our view