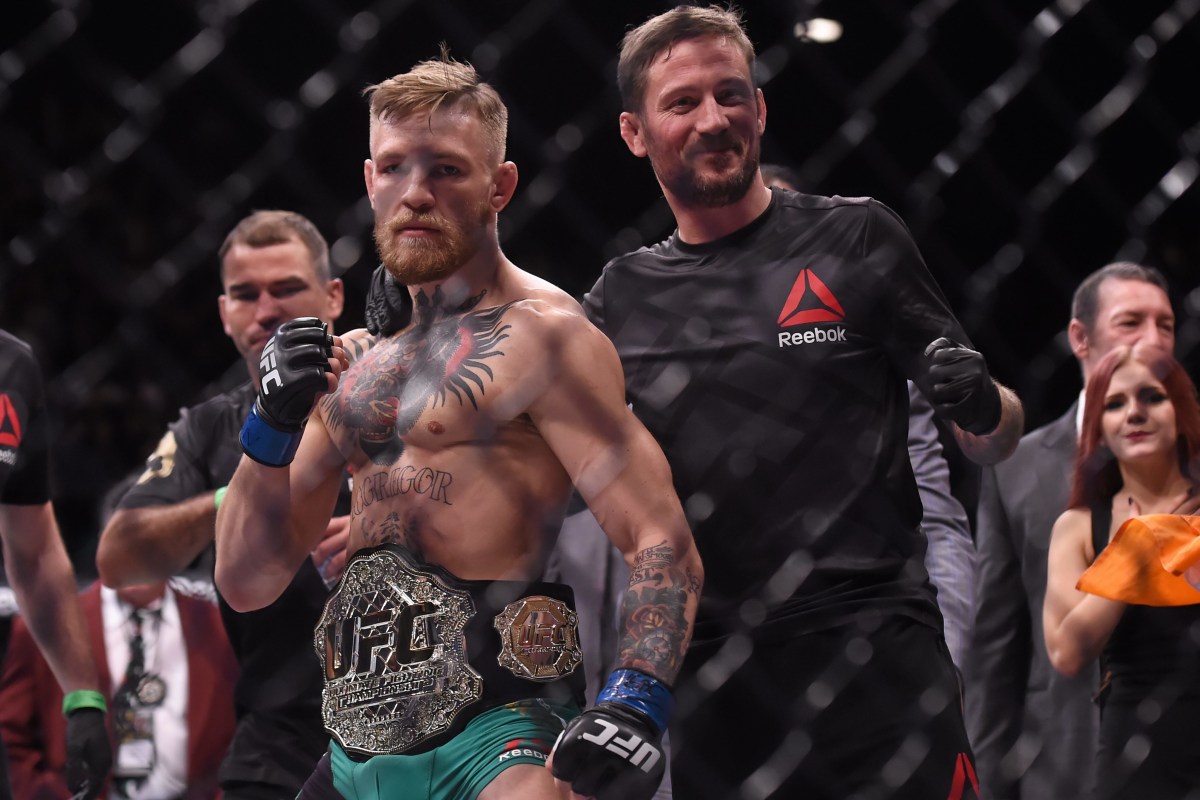 John Kavanagh has welcomed criticism from Michael Bisping, but insists he does not deserve to be sacked after Conor McGregor’s defeats to Dustin Poirier.

‘The Notorious’ ended a 12-month absence from the Octagon in January of this year with the first knockout loss of his MMA career to Poirier on Fight Island at UFC 257.

Poirier exacted revenge for his defeat to the Irishman at UFC 178, before following up his victory with an equally emphatic display at UFC 264 in July.

In both bouts, McGregor looked off the pace and a far cry from the fighter who tore through the company between 2013 and 2016, when he achieved his goals of becoming the first ever double champion in UFC history.

Kavanagh and the team from Straight Blast Gym have worked with the 33-year-old since 2008 and have witnessed every high and low on the journey, leading for Bisping to suggest a change was necessary.

Although ‘The Count’ went as far as saying on BT Sport that the Irishman should be ‘fired immediately’, Kavanagh was far more measured in his response.

“I would take criticism from anybody, that’s very important,” Kavanagh told the Mirror.

“I wouldn’t say I was hurt, I wasn’t going, ‘Oh no Bisping said something’, that’s his opinion and everybody is welcome to their opinion.

“I’m always self-critical but if I’m being 100 per cent honest, it’ll be the people closest to me saying something – I have a lot of very honest people around me – that’ll be what makes me really stand up and think.”

SBG is home to several world class fighters alongside McGregor, with the UFC’s Johnny Walker relocating to the Emerald Isle and working alongside Bellator title contenders Peter Queally, Pedro Carvalho and Sinead Kavanagh.

Despite several high-profile losses for McGregor in the past three years, Kavanagh pointed to the success of Frans Mlambo winning the ‘Copa Combate’ one-night tournament as a pertinent example of the success the gym is still enjoying.

“I was asked this on Ireland AM the other morning and I had my research ready,” Kavanagh continued.

“For this quarter that’s just ending we had a 70 per cent win rate; 20 fighters and 14 wins, and that’s going to be right up there with some of the best gyms in the world.

“Our biggest star [McGregor] obviously overshadows everything we do and if he slips then people say the whole gym is terrible.

“Dustin Poirier can go out and lose to Charles, or get finished quicker than Conor did against Khabib, and nobody asks why he’s still with American Top Team or says he has no grappling.

“So we’re judged under a different set of rules to everybody else, and that’s fine because we also get a lot of benefits from the 2,000lb gorilla that is Conor.

“We get a lot of attention here, lots of great opportunities, my fight team gets to be involved with big shows.

“We have a good relationship with Combate Global where we just won the tournament, we have a strong in with Bellator, we have fighters in KSW and we’ve fighters in the UFC.

“So look, things are looking up and to Bisping I’d say ‘thanks very much for the constructive criticism’, keep it coming and we’ll keep trying to improve.”