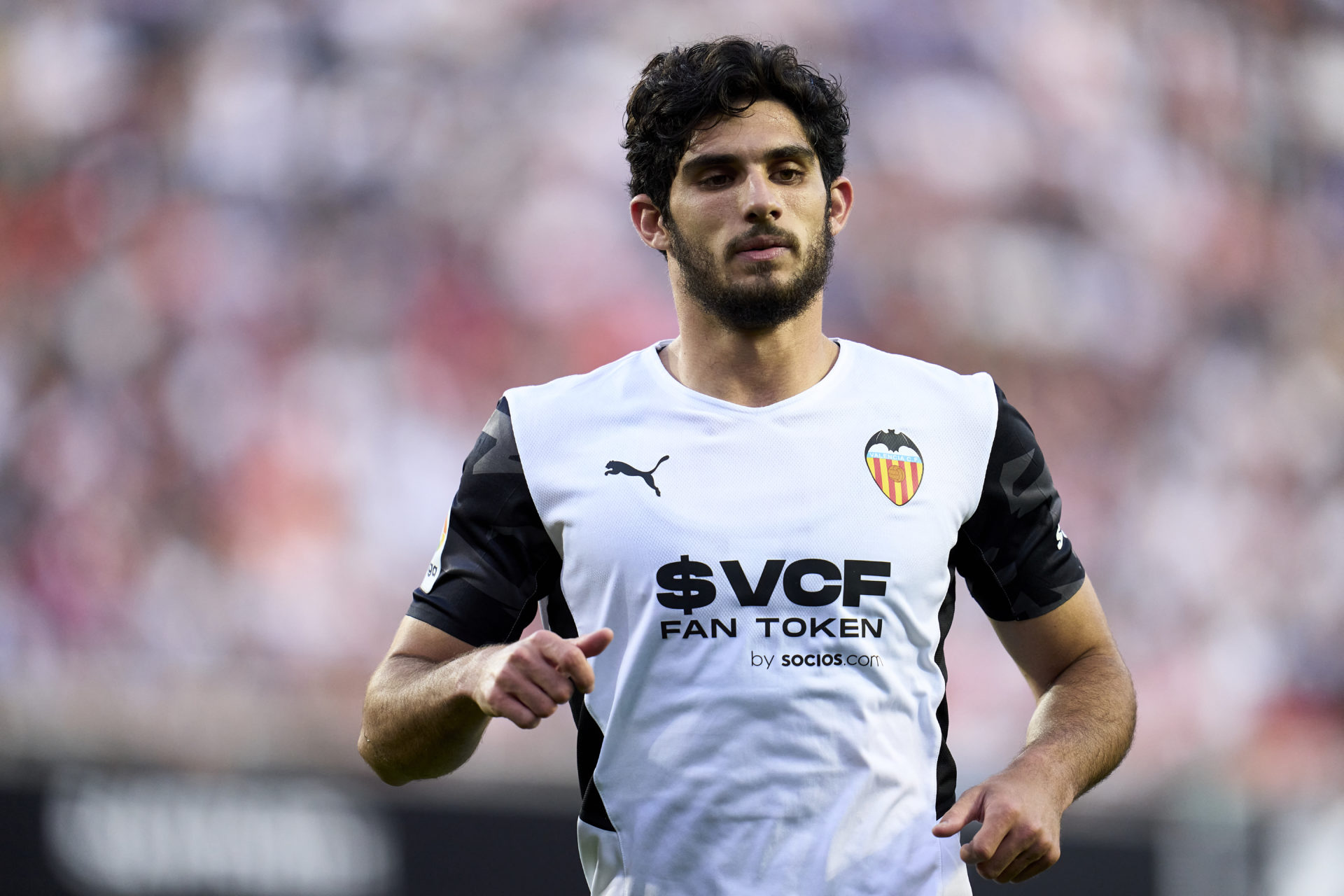 Jorge Mendes is doing everything he can to convince Roma to buy Goncalo Guedes, amid interest from Wolves in signing the Valencia star this summer, according to Calciomercato.

The Portugal forward has identified Jose Mourinho’s Giallorossi as his dream destination in the event of him leaving the Mestalla. He has the Serie A side above all others on his list of potential destinations on the back of scoring 11 and creating six goals in 36 La Liga games.

Mourinho is also a huge admirer of his compatriot, and would welcome Guedes with open arms at the Stadio Olimpico. But Valencia have slapped a €40m (£34m) valuation on their 31-cap star, as Los Che must raise €60m (£51.5m) by June 30 to avoid recording a loss.

Mendes ‘doing everything’ for Guedes’ transfer to Roma despite Wolves interest

Roma are loath to go beyond paying an €20-25m (£17-21.5m) along with the inclusion of a technical counterpart. So, Mendes is ‘doing everything’ he can to please Guedes and agree his transfer to Italy. He also met with Giallorossi sporting director Tiago Pinto on Thursday.

Mendes sought to take stock of where Roma are at in their pursuit and to study what the Serie A side could offer Valencia. New Mestalla head coach Gennaro Gattuso appreciates two Giallorossi stars in Carles Perez and Amadou Diawara, and may accept either in a deal.

The super-agent’s intense involvement will be a blow for Bruno Lage as The Telegraph had reported Wolves are also interested in signing Guedes from Valencia. The Molineux outfit placed the 25-year-old high on their shortlist of targets to increase their attacking threat.

Wolves only scored 38 goals in 38 Premier League matches last season, so are interested in Guedes as he can cause damage off either wing. But Lage is now likely to miss out, as the versatile right-footed dynamo is waiting with confidence as his top choice is clear in Roma.

In other news, Leeds could reportedly get ‘world-class’ £33m star or ‘next De Bruyne’