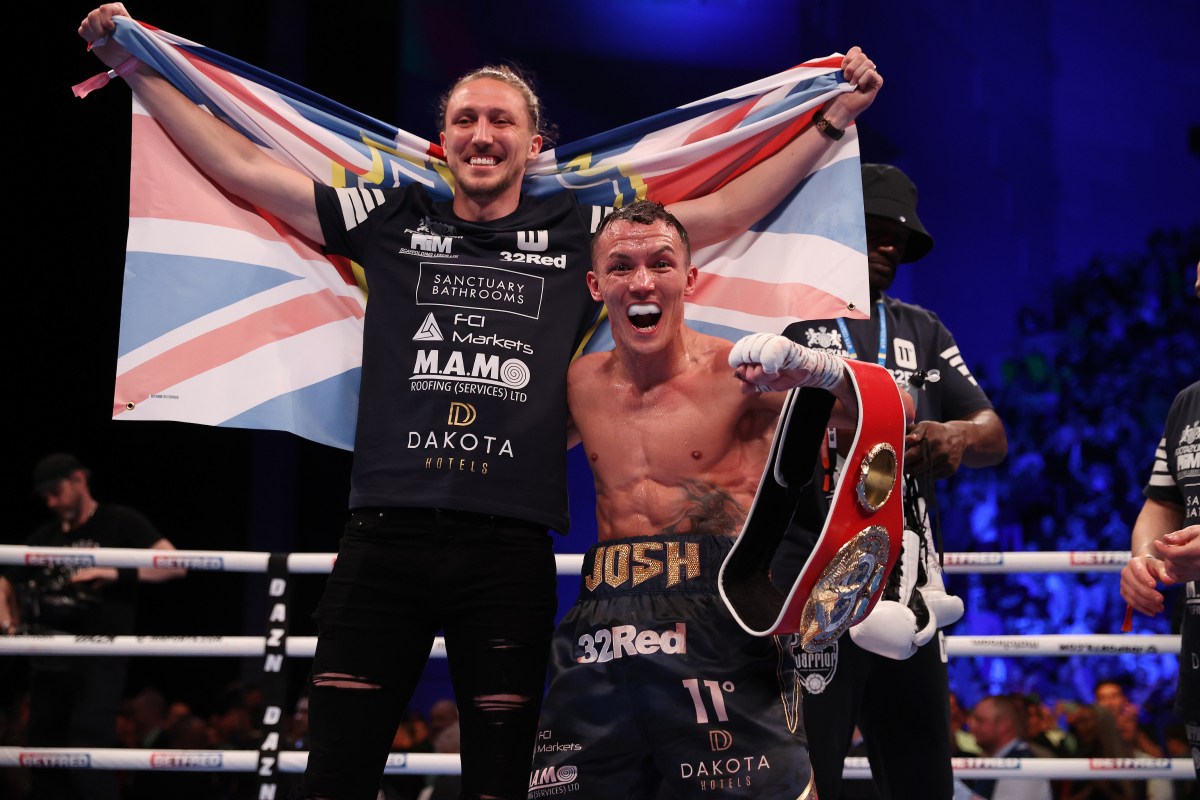 Josh Warrington stopped Kiko Martinez in the seventh round of a dominant performance to win back his old IBF featherweight world title on Saturday night in Leeds.

Leeds United’s Kalvin Phillips and Luke Ayling were in attendance at the First Direct Arena in the city, and celebrated the victory in style.

The fight began with a stunning opener from the challenger.

Warrington backed Martinez up against the ropes and hammered him with combinations.

The pair then clashed heads and cut the Spaniard above the eye.

Warrington capitalised on this and floored Martinez with a huge right hook.

The champion made it back to his feet and survived to the bell.

In round two the same pattern continued as Warrington stormed forwards once more.

Martinez appeared staggered on several occasions as he was unable to deal with the Brit’s speed and combination punching.

The 36-year-old looked his age early on, but the younger man had to take a step backwards in round three, having expended so much energy in the first two.

The fourth was another gruelling session as Warrington again pushed Martinez back against the ropes and fired off combinations.

He soaked up further punishment in round five, but stubbornly refused to wilt despite bleeding from cuts over both eyes.

As they reached the halfway point, Warrington had clearly won every round and also had a knockdown in his favour.

Entering the second half in round seven, the home fighter’s dominance continued.

Martinez’s face was soaked in his own blood, but the old warrior continued standing firm until ultimately the referee was forced to jump in and save him.

A furious flurry of punches staggered the Spaniard once more and the relentless Warrington piled on the pressure, prompting the ref to jump in between them.

The new champion celebrated emphatically upon regaining his old belt as big featherweight fights now await him once more.

Head over to YouTube for more of talkSPORT’s dedicated boxing content where you will find exclusive interviews with the likes of Tyson Fury, Eddie Hearn and Jake Paul, plus our very own boxing insider.

Sky Bet: Bet anything and get £30 in free bets* CLAIM HERE