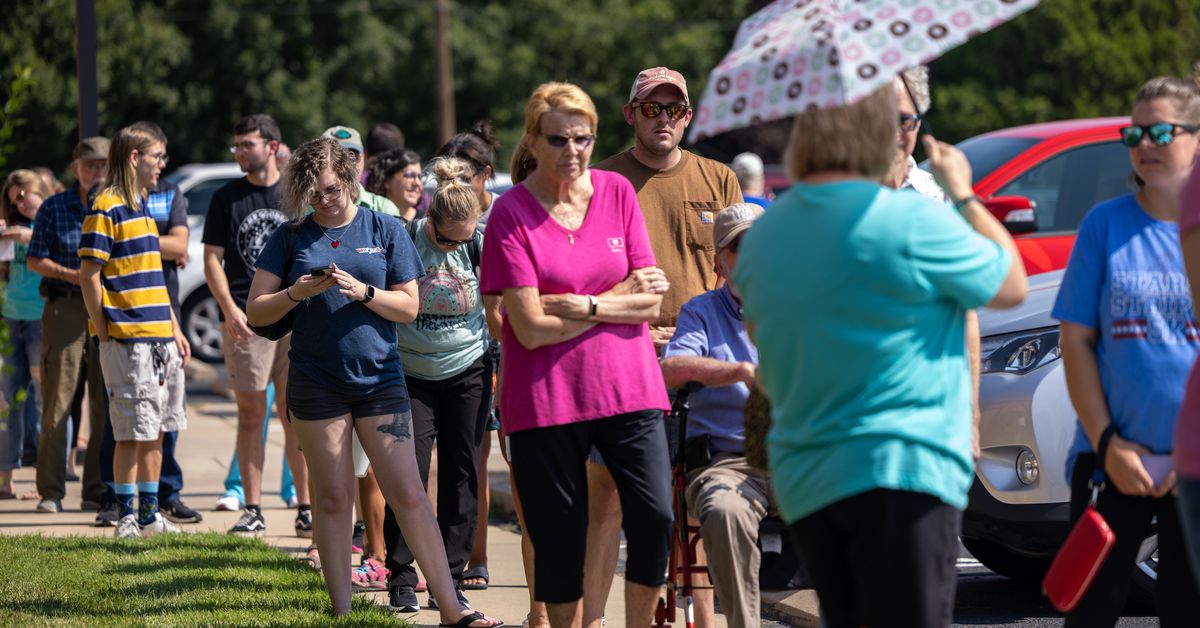 The measure, known as the “Value Them Both Amendment,” would have amended the state constitution to explicitly state that “there is no Kansas constitutional right to abortion or to require the government funding of abortion.” Kansas already restricts the use of public funds for abortions to cases where federal law requires it, including those involving rape and incest, and where the life of the pregnant person is at risk.

The amendment also would have codified the state legislature’s power to pass laws that regulate abortion, effectively overriding a 2019 Kansas Supreme Court ruling that recognized a “woman’s right to make decisions about her body, including the decision whether to continue her pregnancy” under the state constitution.

The court ruling has helped protect abortion in Kansas: The state permits the procedure up to 22 weeks of pregnancy with some restrictions, including mandatory ultrasounds and counseling and parental consent in cases involving minors. That has made it a destination for pregnant people seeking abortions from nearby states that have effectively banned abortion or soon will, including Oklahoma, Arkansas, Louisiana, Missouri, and Texas. People in those states who would have been affected by the amendment as well can now continue to travel to Kansas for certain abortion procedures.

An overwhelming win for abortion advocates despite major hurdles

Polling conducted ahead of the election suggested that voters were closely divided over the measure, which was already notable in the predominantly red state. But the actual vote wasn’t close — the referendum was failing by more than 20 points as when the Associated Press called it.

Republican lawmakers introduced a bill in the previous session of the state legislature that would ban abortion, but it never gained much traction and it’s unlikely to do so going forward now that Kansas voters have voted down the ballot initiative. House Bill 2746 would have made it a felony to perform an abortion from the moment of fertilization, with exceptions for cases involving an ectopic pregnancy.

Kansas legislators put the measure on the primary ballot, when turnout is typically lower than in the general election ballot in November. But turnout soared Tuesday, appearing on track to exceed the 2020 and 2018 primaries by more than 100,000 votes.

Now that the voters have essentially opted to maintain the status quo in Kansas, the subject of abortion might not take up as much oxygen in statewide races where it had become a major flashpoint, including the governor’s race.

Democratic Gov. Laura Kelly opposed the ballot measure, and has said that “every woman’s reproductive decisions should be left to her, her family, and her physician,” opposing any legislation that would interfere with those decisions. The Republican nominee for governor, state Attorney General Derek Schmidt, supported the amendment and said that he would “prefer a future with less abortion, not more.” He did, however, issue a legal opinion in July that clarifies that treating miscarriages, removing dead fetuses, and ending ectopic pregnancies would not be considered abortions under Kansas law.